A video of a man slapping people who are not wearing face masks has been viewed hundreds of thousands of times on Facebook, Twitter and Weibo alongside claims that it shows the Indian health minister taking action during the COVID-19 pandemic. The claim is false; the footage has been taken from a Pakistani TV programme. 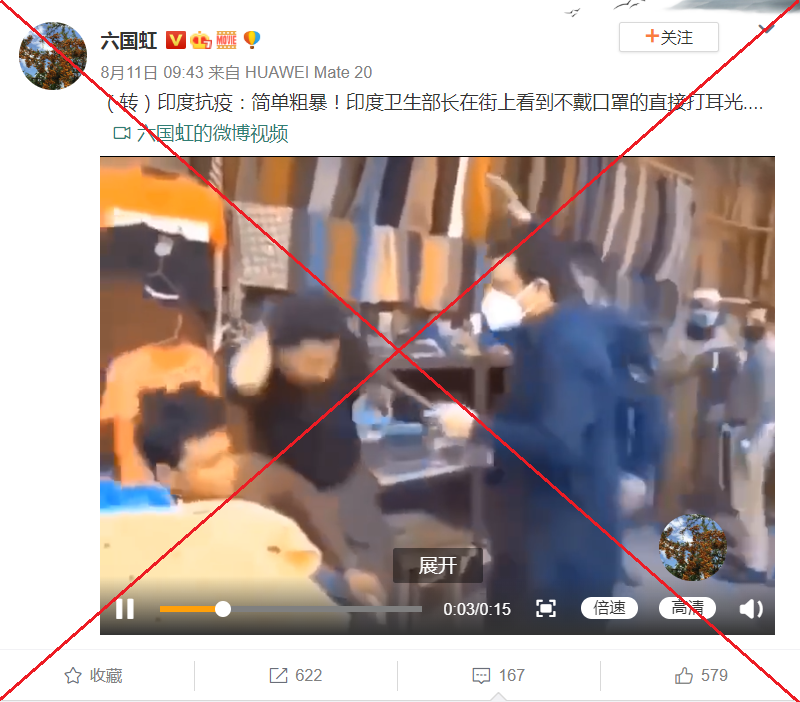 Screenshot taken on August 28, 2020, of the misleading Weibo post

A keyword search found that the same footage was published on YouTube here by Pakistani TV channel 24 News HD on July 24, 2020.

The corresponding scene can be seen at the video's five-minute and 23-second mark.

Below is a screenshot of the misleading video (L) and the 24 News HD video (R):

Also Read: Does Using "Temperature Gun" Damage The Pineal Gland In The Brain?

Around the video's 17-second mark, the man holding the microphone can be heard making remarks in Urdu language, which translate as: "Asslam-o-Alaikum viewers I am Sajjad Jani and with me is Faisal Raamay in police getup. Today we will guide people about masks and will see who is wearing a mask and those who are not wearing a mask, we will give him a mask and the policeman will also snub them. Come with us."