A photo appearing to show a monk wearing high heels has been shared thousands of times on Facebook alongside a claim it shows a Burmese monk. The posts claim the monk wore the shoes in a bid to bring luck to Myanmar's ex-dictators. The claim is false; this picture has circulated online since at least July 2019 in reports about a monk in Thailand attending a local funeral. 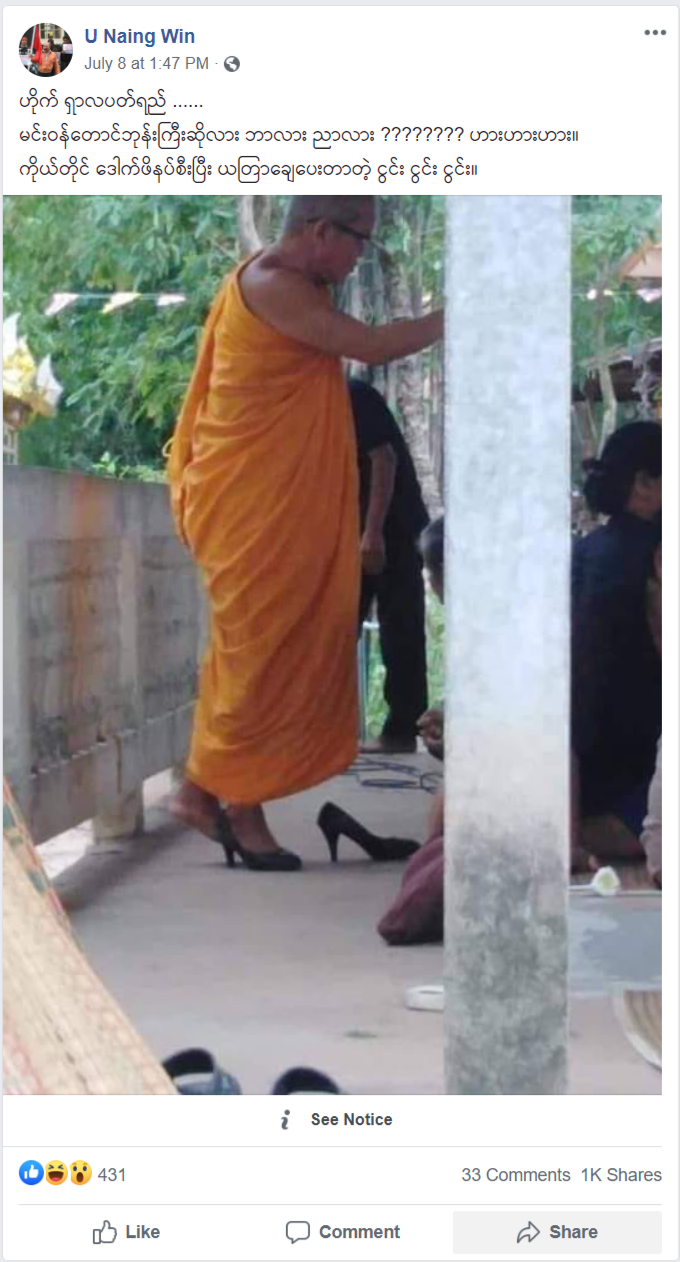 A screenshot taken on July 13, 2020, of the misleading post by U Naing Win

Also Read: Posts Falsely Claim Plague In China Is Uncontrollable And Has No Cure

The post's Burmese caption translates to English as: "Oh My!!! The head monk of the mount of Min Wun???????? Hahaha.. Practicing superstitious rituals by wearing a pair of high heels by himself. LOL"

Another post with a similar claim was also published here. The post translates to English as: "Min Wun Tuang Monk wearing high heels by himself to perform rituals to avert misfortune or to bring luck for ex-dictators."

"Min Wun Tuang" refers to a monastery in Myanmar.

The posts circulated after the Myanmar government announced it would remove several Buddha statues that were donated by top leaders in the country's former military regime.

The claim in the posts is false.

A reverse image search on Google found the same photo has circulated in reports about a monk wearing heels in Thailand in 2019.

The photo was featured in this report published by Sanook, a Thai news media website, dated July 16, 2019. The report states that the image was taken at a village funeral in Thailand.

The Thai-language headline translates to English as: "Fashionista in yellow robe; netizens share image of a monk wearing high heels, not sure he wanted to or he just moved other people's shoes."

Also Read: Posts Stating Consuming Durian And Cola Together Can Be Lethal Is False

Below is a screenshot comparison of the image in the misleading post (L) and one of the Thai Facebook posts (R): 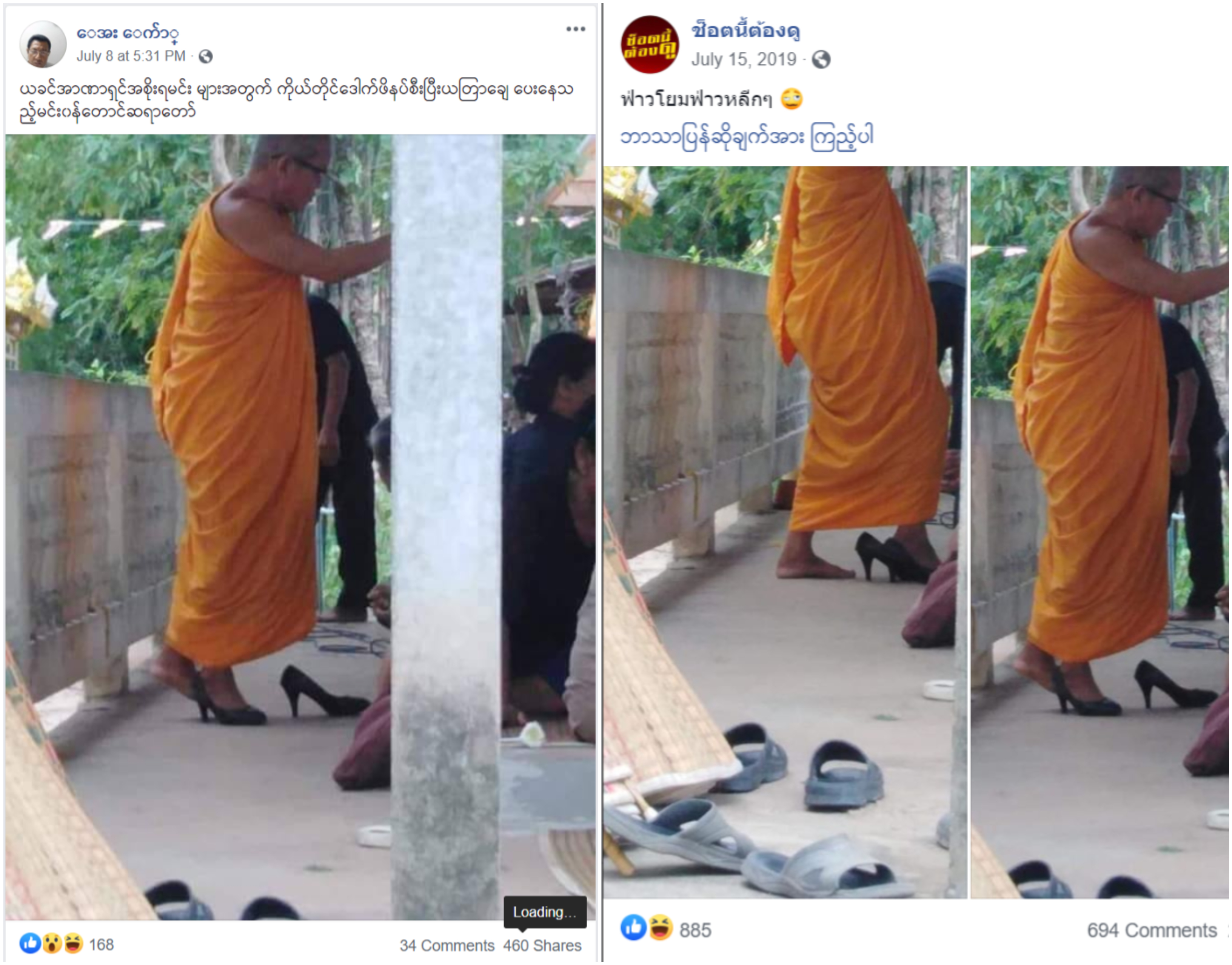 Claim :   A monk from Min Wun Tuang wore heels to bring luck to Myanmars former dictators.
Claimed By :  Facebook posts
Fact Check :  False
Thailand Myanmar Burma Monk Buddhist Monk Burmese Monk Fake News Fact Check Min Wun Tuang
If you value our work, we have an ask: Our journalists work with TruthSeekers like you to publish fact-checks, explainers, ground reports and media literacy content. Much of this work involves using investigative methods and forensic tools. Our work is resource-intensive, and we rely on our readers to fund our work. Support us so we can continue our work of decluttering the information landscape. BECOME A MEMBER
📧 Subscribe to our newsletter here. 📣You can also follow us on Twitter, Facebook, Instagram, Youtube, Linkedin and Google News