A photo circulating on Facebook in Nigeria appears to show President Muhammadu Buhari shaking hands with the nation's Code of Conduct Bureau Chairman Mohammed Isa while both men are wearing face masks — a seeming flouting of precautions during the novel coronavirus pandemic. This is not what happened. The image was doctored using an old photo, taken long before the pandemic.

The image was used in several Facebook posts, including this one by Scannews, which has been shared more than 400 times since it was published on March 21, 2020.

AFP has debunked multiple Facebook posts from Scannews in the past (see here, here, here, and here).

In this post, the text accompanying the image called on Nigerian health officials to educate the president on precautionary measures against the spread of the virus that has claimed nearly 20,000 lives since it emerged in the Chinese city of Wuhan in December 2019, as reported here by AFP.

The text reads: "Buhari: What is the role of his doctors and officials of the Federal Ministry of Health? You cover your nose, but shake hands. They should properly educate President Muhammadu Buhari on the precautionary measures to be taken." 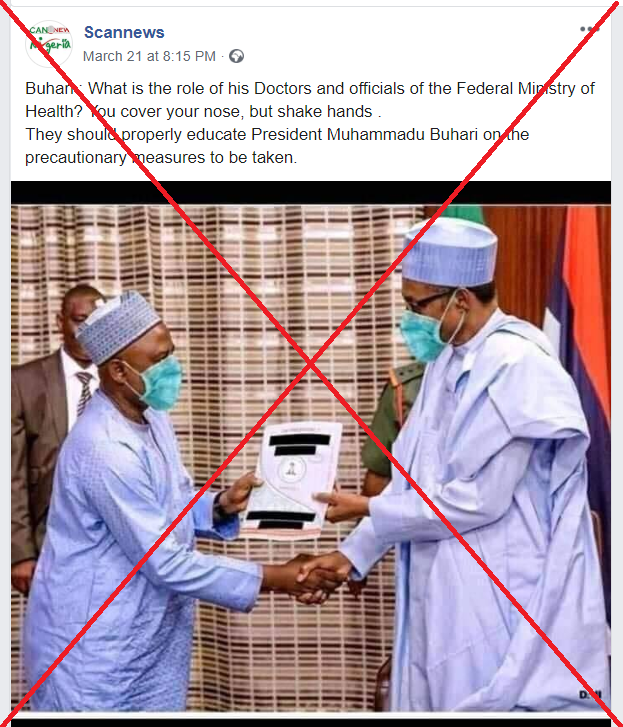 But the photo has been doctored. AFP ran a reverse image search and traced the original photo, which does not include face masks. It was shot during an event in May 2019, months before the start of the pandemic.

In a news report published May 27, 2019, Nigerian newspaper The Punch captioned the photo: "Buhari receives asset declaration form from Chairman of the Code of Conduct Bureau (CCB), Prof. Muhammad Isa." This photo was slightly cropped, but an uncropped version can also be found in a Facebook post published by Buhari's Special Adviser on Media and Publicity Femi Adesina.

A side-by-side comparison of the two images shows the viral image has been manipulated to add masks to both Buhari and Isa's faces. 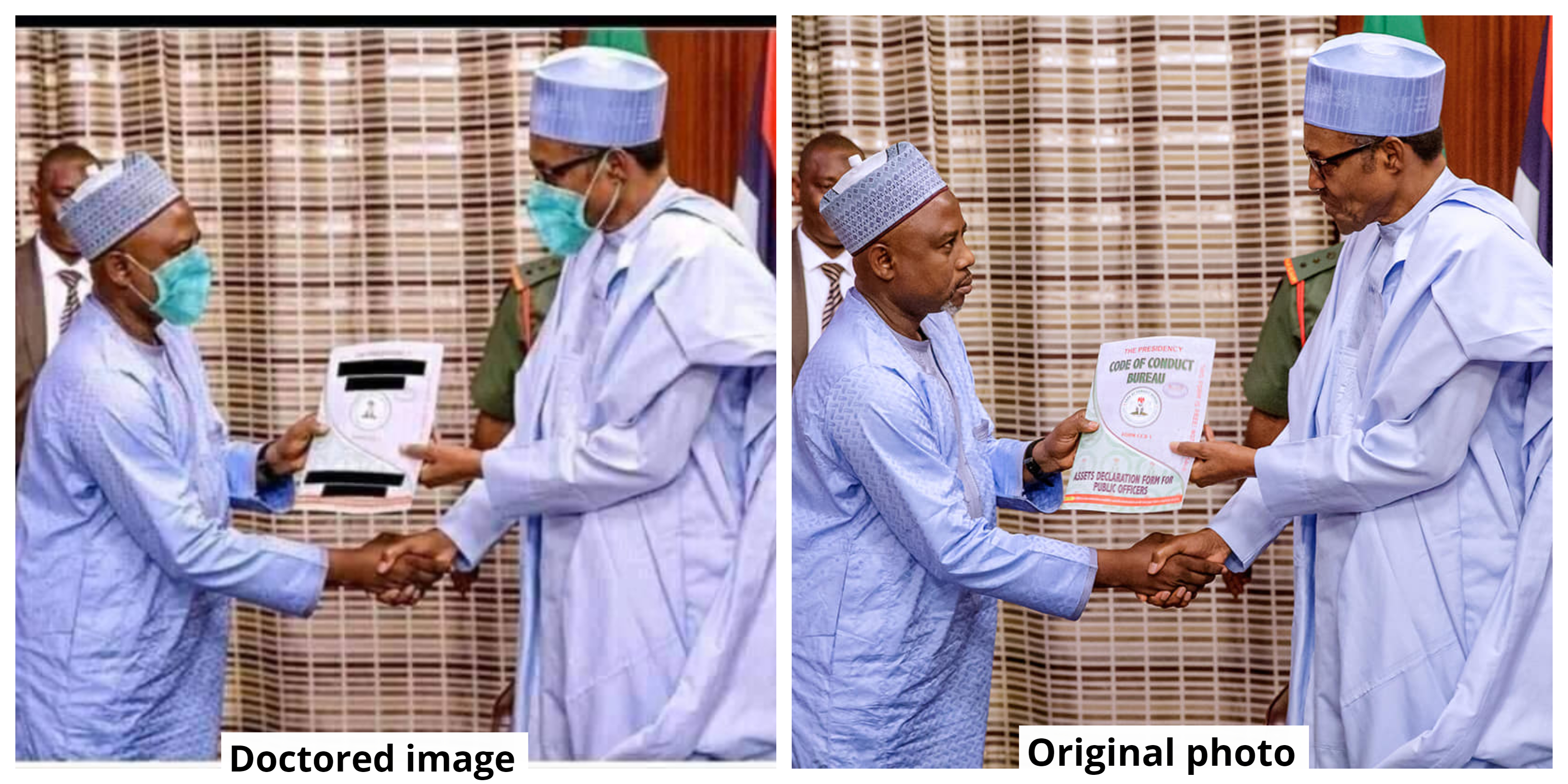 Key phrases such as "Code of Conduct Bureau", and "Asset Declaration Form for Public Officers" that were written in bold letters on the cover of the document held by the two men in the original photo were blacked out in the doctored version.

With Nigeria's number of confirmed COVID-19 cases rising to 46, including one death, as of March 25, 2020, the nation's centre for disease control urges Nigerians to adopt the use of "no-touch greetings" as a form of social distancing to reduce the spread of the virus.