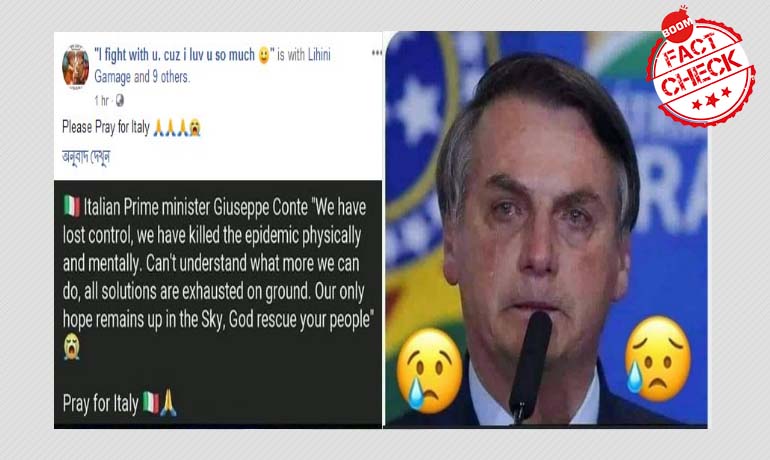 An image of Brazilian President Jair Bolsonaro breaking down at a Thanksgiving service in Brasilia has resurfaced with claims misidentifying him as the heads of state of Italy, which has overtaken China as the new hotbed of the Coronavirus.

The viral image attributes a fake quote to the Italian leaders as well. The quote throws light on the grim situation in Italy post the pandemic and the overburdened health infrastructure there.

One such post reads, "Italian Prime Minister Giuseppe Conte, "We have lost control. We have killed the epidemic physically and mentally. Can't understand what more we can do, all solutions are exhausted on ground. Our only hope remains up in the sky, God rescue your people."

The image was also posted on a meme page, Memes Radar, with the same narrative. The screenshot of the post is now viral on Whatsapp. The admin of the page later acknowledged in the comment that the photo is not of the Italian president Sergio Matarella. It is not clear whether the graphic began as a meme but BOOM came across multiple Facebook pages where netizens thought it to be real.

Italy has been declared the new epicenter of COVID-19, with as many as 4825 deaths so far. 53,578 have been infected with the virus so far. The staggering numbers are the most for a single country till now. The country has been locked down for over 10 days post the outbreak.

BOOM was able to ascertain that the image of the leader in tears is that of Bolsonaro and not Giuseppe Conte. We ran a reverse image search and found that Bolsonaro was photographed when he broke down at an evangelical worship in December, last year. Earlier in March, Jair Bolsonaro said he tested negative for the novel coronavirus after multiple news outlets initially said he tested positive. (Read more here)

According to reports, the Brazilian president participated in an evangelical Thanksgiving service at the Planalto Palace, on December 17, 2019, where he broke down while narrating an incident. A Brazilian news publication, Poder 360, reported, "In front of a hall filled with authorities and the faithful, the president cried when he remembered the knife attack he suffered in Juiz de Fora (MG), during the 2018 election campaign." The image was taken by Sergio Lima, for news publication, Poder 360. 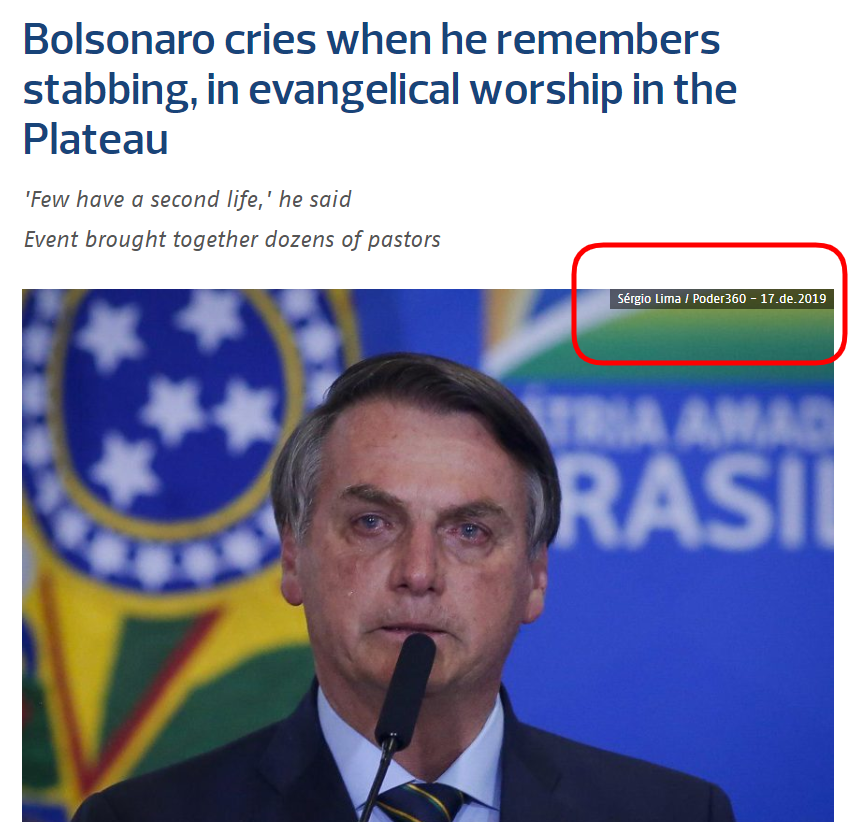 We were also able to trace three pages which peddled this piece of misinformation first on March 21 and eventually went viral. Click here, and here.

Did Italian leaders give up on Coronavirus and the subsequent death toll?

BOOM scanned the social media pages of Sergio Mattarella, the Italian president and Giuseppe Conte, the Italian Prime Minister and found no quote that stated that the Italian government has lost all hope. We also ran a relevant keyword search but were not directed to any such statement by Conte. Instead, we came across a tweet thread by Conte, where he encourages Italians and assures them that the state is by their side. In the tweet thread, Conte further thanks the medical practitioners and others who have been serving endlessly to fight the disease outbreak.

We also went through the Presidency of the Italian Republic's official account and there were no such statements made by the president.