A photo has been shared hundreds of times in multiple Facebook posts that claim it shows doctors and nurses in Italy who died from COVID-19. The claim is false; the photo is in fact a still from the American medical television series Grey's Anatomy.

The photo has been shared more than 200 times since being published here on Facebook on March 24, 2020.

The post's caption reads: "Over 200 doctor's and nurse's dead in Italy / God protect the world from this virus / #letsprayforitaly". 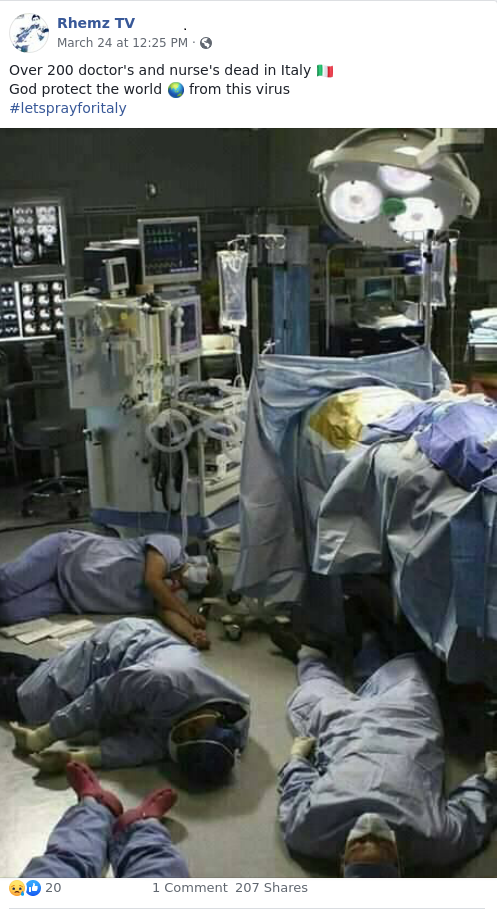 Italy, one of the countries hardest hit by COVID-19, has lost more than 19,000 lives to the disease as of April 13, 2020, according to the World Health Organization.

However, the claim about the photo showing dead healthcare workers is false; the image is in fact a still from a TV series.

ALSO READ: No, Peacocks In Sri Lanka Did Not Die Because Farmers Poisoned Them

Below is a screenshot of the Getty Images photo:

The caption of the photo states: "UNITED STATES - DECEMBER 05: GREY'S ANATOMY - 'Wishin' and Hopin' - The race for the Chief's position is on, as the doctors compete for Richard's affections, a surgical patient endangers the lives of those around her, and Meredith's Alzheimer's-stricken mother, Ellis, experiences a change in her medical condition, on 'Grey's Anatomy,' THURSDAY, FEBRUARY 1 (9:00-10:01 p.m., ET) on the Walt Disney Television via Getty Images Television Network. (Photo by Michael Desmond/Walt Disney Television via Getty Images)".

Below is a screenshot comparison of the photo in the misleading posts (L) and the Getty Images photo (R): 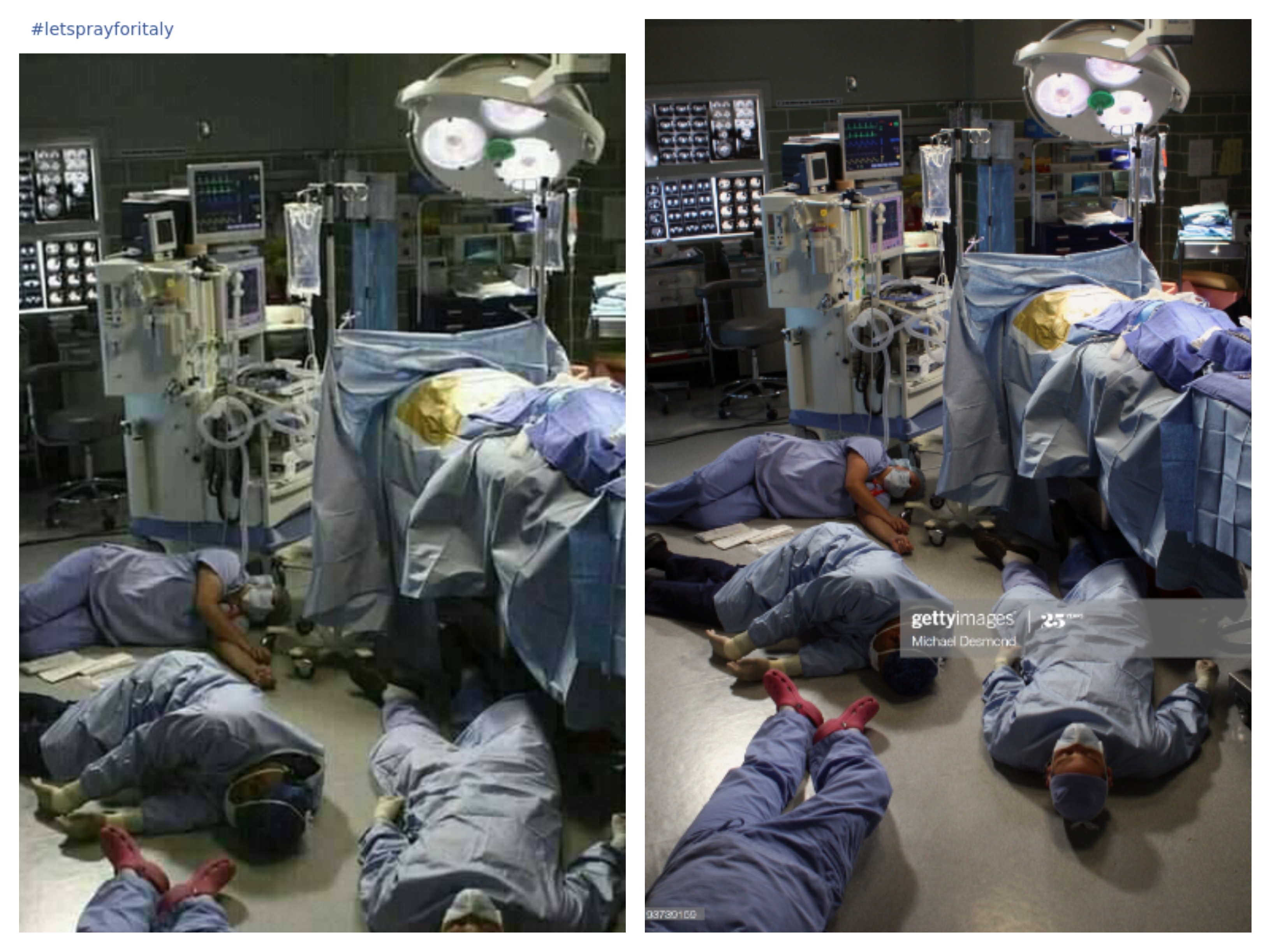 The photo was also published alongside an accurate description in this 2015 report by entertainment news site Hollywood.com, which lists the "most insane medical cases" portrayed on the TV show.

The misleading claim was also debunked by Africa Check.

Claim :   Image shows doctors and nurses dead due to the COVID-19 in hospital in Italy.
Claimed By :  Social Media pages
Fact Check :  False
Italy Coronavirus Grey's Anatomy TV show Italy Healthcare workers coronavirus doctors Nurses Coronavirus FactCheck Facebook Viral infodemic Coronavirus viral image
If you value our work, we have an ask: Our journalists work with TruthSeekers like you to publish fact-checks, explainers, ground reports and media literacy content. Much of this work involves using investigative methods and forensic tools. Our work is resource-intensive, and we rely on our readers to fund our work. Support us so we can continue our work of decluttering the information landscape. BECOME A MEMBER
📧 Subscribe to our newsletter here. 📣You can also follow us on Twitter, Facebook, Instagram, Youtube, Linkedin and Google News