A meme shared on Facebook and Twitter claims to show an image of fully stocked shelves of toilet paper, purportedly during the 2009 H1N1 outbreak, above another of barren shelves during the ongoing COVID-19 pandemic. The post is misleading; the image of the stocked shelves is a screenshot from US news footage shot this year, not in 2009.

Text at the bottom reads: "Still Think The Media Doesn't Control You?" The misleading posts date to at least March 15, 2020. 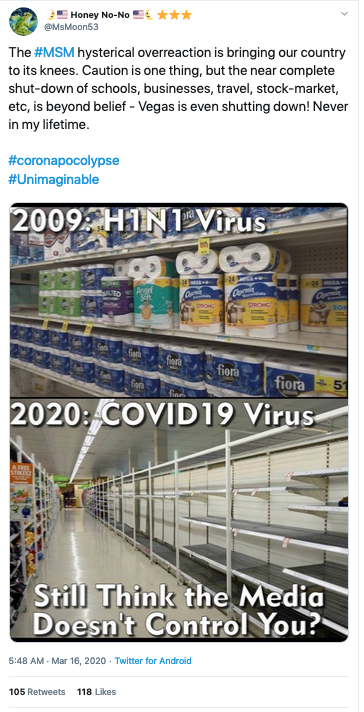 The image of the stocked shelves is a screenshot from footage shot for a story that aired March 13, 2020 on a South Dakota television station. 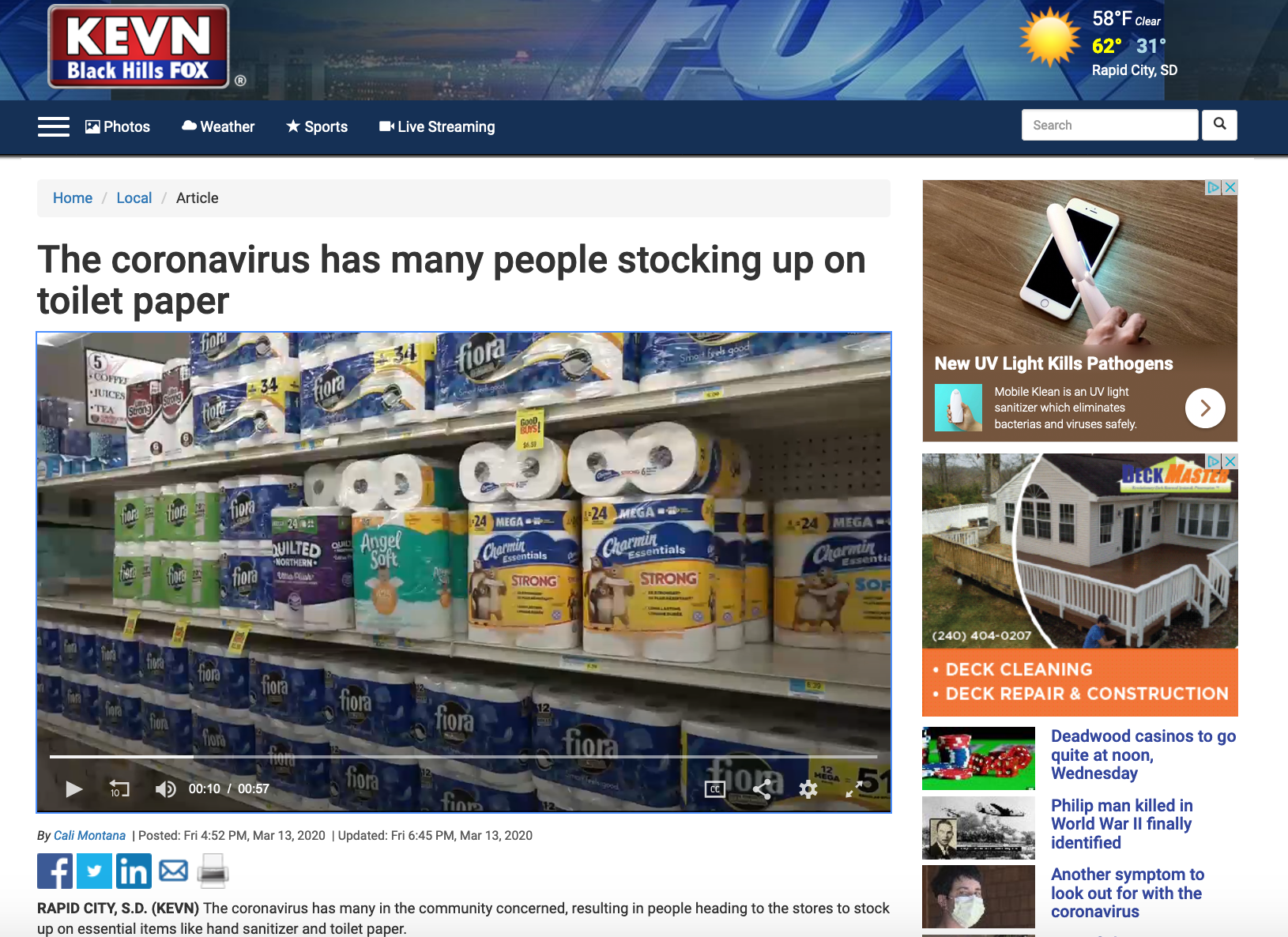 Multimedia journalist Cali Montana shot the footage earlier that week in Sturgis, South Dakota for a segment reminding people not to flush cleaning products such as wipes and paper towels amid COVID-19 panic buying, Jen Blake, an executive producer in that newsroom, told AFP by email.

ALSO READ: Does This Infographic Show The Correct Timeline Of the COVID-19 Symptoms?

The photo in the meme is a screenshot from Montana's footage, Blake said.

It does not show grocery shelves in 2009, when the H1N1 virus broke out.

The lower photo is a Reuters image that depicts empty shelves in a grocery store in Sydney, Australia on March 6, 2020, according to the caption. It is estimated that there were more than 60 million cases of H1N1 (swine flu) and nearly 12,500 deaths from the disease in the US between April 2009 and April 2010, according to the Centers for Disease Control and Prevention.

The novel coronavirus has spread from China around the world, killing more than 700 people in the US and infecting more than 54,000.

AFP Fact Check has debunked more than 180 examples of false and misleading information about the novel coronavirus. You can find the complete list of our fact-checks on the topic in English here.