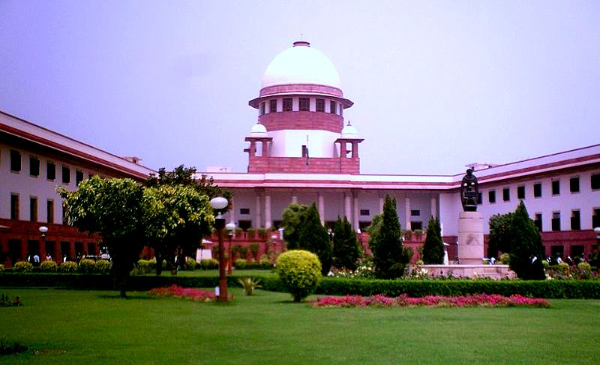 The Supreme Court dismissed a plea made by the Congress challenging the appointment of BJP MLA K G Bopaiah as the pro tem speaker by Karnataka Governor Vajubhai Vala. This means that Bopaiah will continue to be the pro tem speaker and will monitor the trust vote at 4 pm today. But the Supreme Court agreed to revise its earlier order on not allowing videographing of the proceedings. The SC has said that the assembly secretary should record the floor test and ensure live telecast of the proceedings. But the lawyer for the BJP, Mukul Rohatgi claimed that the Speaker had already allowed live telecast by news channels, hence the plea of the Congress to record the proceedings did not matter. Meanwhile, the pro tem speaker Bopaiah began the proceedings by giving oath to all the MLAs present in the house. Reports also indicate�that two MLAs�Anand Singh and Pratap Gouda are not present yet.�Congress leader Siddaramiah had said earlier that its MLAs have been abducted by the BJP. On Friday, Karnataka Governor Vajubhai Vala appointed KG Bopaiah to be the pro-tem speaker and preside over the oath taking of the MLA and conduct the floor test. Even before the ink had dried on the Governor's letter, that Congress again knocked the doors of the SC questioning the appointment of Bopaiah as pro-tem speaker and alleged that� Vala was acting on behalf of the BJP by overlooking the senior-most member RV Deshpande of the Assembly and making Bopaiah the speaker. Bopaiah who is a four time MLA is a member of the RSS and was the speaker of the Legislative Assembly from 2009 to 2013 and is known to be an out and out Yeddyurappa-man. . His term as speaker is marked with controversies and a floor test Bopaiah presided over in 2010, also invited strong criticism from the Supreme Court. In the 2010 floor test, it was again Yeddyurappa who faced a trust vote after some of his own party members had expressed discontent over him being the Chief Minister. In a shocking move, Bopaiah had just two days before the floor test disqualified 11 BJP MLAs and five independent ones for rebelling against the Chief Minister Yeddyurappa. The SC later quashed this disqualification and said that Bopaiah acted in "hot haste" The SC bench ordering a floor test at such short notice has also put the BJP under pressure in its bid to prove majority in the House. Based on the current numbers, BJP has 104 seats of the 222 seats that it won in the elections held on May 12. Congress and JDS which came together post the counting have a total of 116 seats. To prove a majority, BJP needs atleast 111 seats as JD(S) chief ministerial aspirant Kumaraswamy won from two seats. With Congress and JDS holing up its MLAs in a hotel in Hyderabad, BJP's bids to poach elected members to their side has not been easy. Despite this, reports allegedly suggest that two JDS MLAs whose names are not known have shifted sides and one from the Congress - Anand Singh is said to have been won over by BJP. This brings the number to 107, still five short from the magic mark needed for them to form the government. Social media has been rife with BJP's attempts to get Congress and JDS MLAs to their side. An audio recording doing the rounds, alleges that former BJP leader and controversial mining baron Janardhan contacted Basavanagouda Daddal, the Congress MLA from Raichur and offered him "land, property and any ministerial position" if he shifted sides. Daddal can be heard refusing the offer stating that, "Congress supported him when he was on his last legs and he cannot betray them." Late night, JDS chief HD Kumaraswamy told mediapersons that "two of his leaders had been hijacked by the BJP". Many in the Congress have also alleged that they are getting threat calls from goons allegedly acting on BJP's behalf if they did not switch sides. The BJP has denied the allegations and have accused the Congress party of using a mimicry artist to create a fake audio clip.

Who is the mimicry artist you hired to perform Janardhan Reddy's voice? He has done a pretty good job. Kindly share his coordinates. We would want to know if he can do a voiceover of Siddu & DKS as well. May be even we can release an audio tape! Thanks :) � BJP Karnataka (@BJP4Karnataka) May 18, 2018