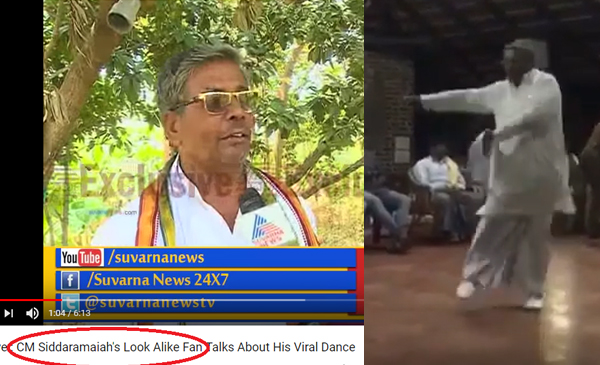 FACT: The person in the video is not Siddaramaiah but is a farmer referred to as Channamahagowda who bears an uncanny resemblance to the politician.

A video claiming to show Karnataka Chief Minister Siddaramaiah dancing to 'Alladsu Alladsu' a Kannada song is actually of a Mysuru farmer who bears a strong resemblance to the politician. A few Facebook fan groups dedicated to the Bharatiya Janata Party (BJP)'s Anant Kumar Hegde, shared the video over the weekend on March 10th.

Hello @siddaramaiah isn't that you?

Some performance & entire mehfil is soaked in your gyrations..

A Google search for 'Siddaramaiah' shows that the video of him dancing is one of the most searched queries. 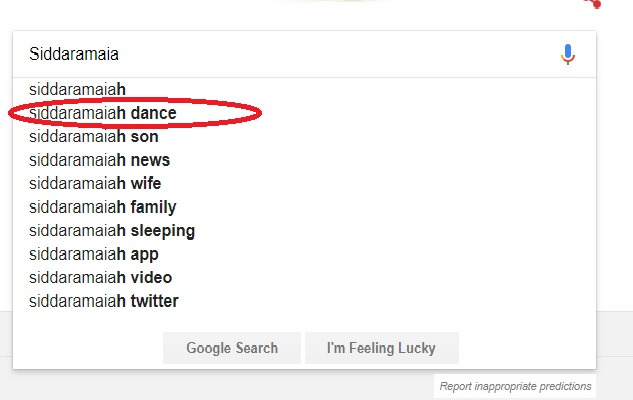 Several Kannada news outlets such as Public TV and FirstNews had already debunked the video during the course of the week or had alternatively reported it as a 'fan dance'.

Channamahagowda, a farmer by profession, from Mysore performed the dance at a workshop organised for farmers at Kaggalipura's cultural center in Bengaluru's suburb on March 6th.

Anekatte Vishwanath, a participant at the workshop and the man who shot the video on March 6th posted his dismay about how fan groups dedicated to Anant Kumar Hegde stole his video and used it to spread disinformation. 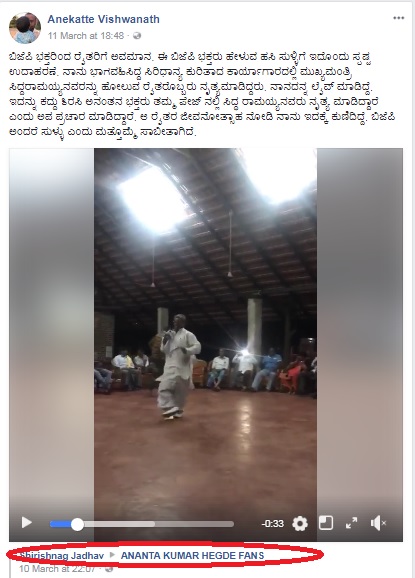 The video below is Vishwanath's Facebook Live. It is the first instance of the video being published to the Internet. It is also the longest clip of the dance, which is preceded by two individuals singing a Kannada song.

Vishwanath has not responded to BOOM's message for a comment.

Suvarna News' spoke on camera to the man in the video in an exclusive interview.