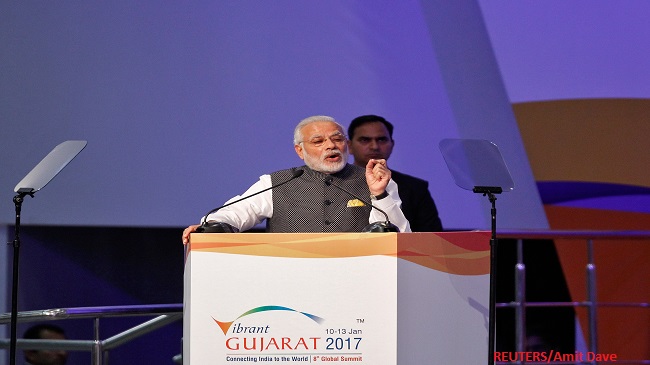 Is India on the threshold of becoming the world’s most digitized economy?

Yes, if we go by Prime Minister Narendra Modi’s speech at the Vibrant Gujarat Global Summit at Gandhinagar on Tuesday.

“Believe me, we are on a threshold of becoming the world’s most digitised economy,” said PM Modi as he explained his vision to bring a paradigm shift in his government’s policies and economy using technology.

There is no doubt that post November 8, demonetisation has forced more Indians to use technology to accomplish their financial transactions.

But in a country of over 1.25 billion people, will that be enough to make it the most digitized economy? If yes, how long will it take?

The World Economic Forum’s Network Readiness Index that ranks countries on their performance in the digital world, released in July 2016, placed India at the 91st position out of 140 countries worldwide. This was a slip of 2 positions from the previous year with the drop being attributed in part to the fact that other countries are moving ahead at higher speeds.

Interestingly, the report also revealed that among the major emerging markets, India is ranked the lowest. The best among emerging markets is Russia at 41st rank, followed by China at 59th, South Africa at 65th and Brazil at the 72nd position.

The report points out that despite improvements in its political and regulatory environment (78th, up four) and business and innovation environment (110th, up five), lack of infrastructure (114th) and low levels of skills among the population (101st) remain the key bottlenecks to widespread ICT adoption, especially in terms of individual usage (120th).

Calling mobile broadband a privilege of the few, with only 5.5 subscriptions for every 100 people, the study shows that only 15 out of 100 households have access to the Internet in India.

While the report lauded ‘Digital India’ for aiming to bridge this gap, it also said that India’s performance in terms of providing online services and allowing e-participation is far from the global best though in line with peer countries.

Also on the key parameter of government usage of digital policies and the number of government services they provide online, India has shown a small decline in its score from 4.55 in 2013 to 4.1 in 2016, with 1 being the lowest and 7 being the best.

The Indian government under Narendra Modi has also made substantial noise on being digitally savvy. But it features nowhere among the ten most tech-savvy governments. 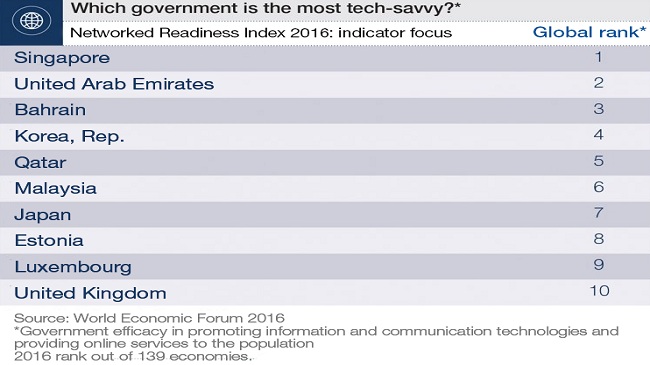 There are other studies also that reveal India's inadequate infrastructure - a major roadblock to large scale digitisation. The ICT Development Index (IDI) that helps to monitor and compare developments in Information and Communication Technology (ICT) ranked India at 138 out of 175 countries, a fall of 3 positions from 2015.

Even here, among the emerging economies, Brazil, Russia, South Africa and China are ranked within the top 100 countries, making it clear that India has a long way to go. 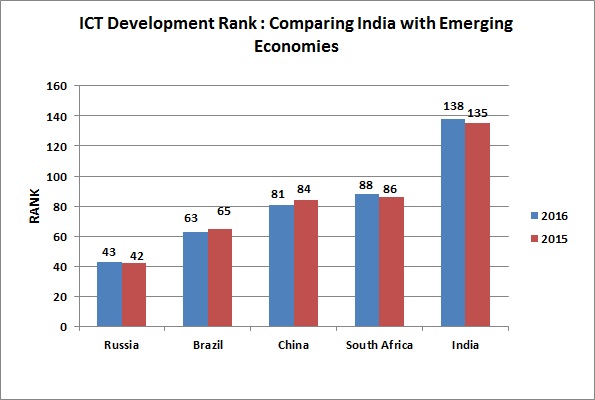 Note : Lower the rank, higher the ICT development in a country

So in light of how we rank globally, how long can this ‘threshold’ be for becoming the world’s most digitized economy. Maybe PM Modi has borrowed the phrase from the world’s richest man Bill Gates.

Gates was in India in the second week of November, much after demonetisation was announced. Calling ‘demonetisation’ a bold move, the founder of Microsoft and the world’s best known evangelist for using technology to better human life said that “India has great potential to become the most digitized economy globally in mere seven years.”

Gates did not clarify on how he arrived at the seven-year target, neither has Prime Minister Narendra Modi clarified what he meant by ‘threshold’.

Going by the challenges ahead of India, it is safe to assume we still have considerable ground to cover before becoming the most digitized economy of the world.