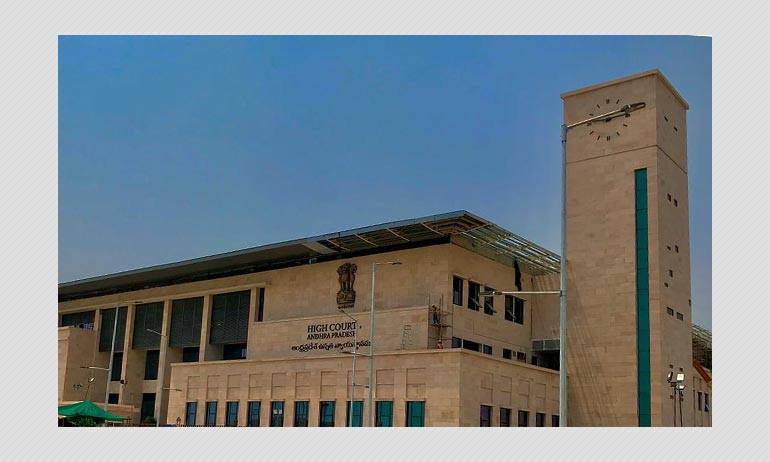 The Andhra Pradesh High Court on Tuesday issued notice and stayed the investigation against former advocate general of Andhra Pradesh and 12 others accused in the Amravati land scam. The high court also gagged the media – social, print and electronic from reporting on the contents of the FIR registered by the state's Anti-Corruption Bureau (ACB).

"....it is directed that no coercive steps shall be taken in furtherance to FIR...", the order read. "The enquiry, investigation is also stayed. It is further directed that the news in regard to registration of FIR or in the context of the said FIR shall not be made public in any electronic, print or social media, to foist the office of a former Advocate General and also with respect to the other alleged accused persons," the order passed by Chief Justice JK Maheshwari read.

The state's former AG moved the high court hours after the FIR was registered against him and several others accusing them of abusing their official position to allegedly "purchase property being aware of the establishment of capital Amravati, prior to the date of identifying the capital in his name and that of others."

In his petition before the high court, the former AG—who served when the Telugu Desam Party (TDP) was in power—submitted that the case against him is false and that he is being framed by the ruling party Youth, Labour and Farmers Congress Party (YSRCP). According to the high court order, the former AG—represented by senior advocates Mukul Rohatgi and Shyam Divan—"is being targeted by the government" which wants "to foist a false case against him".

Rohatgi and Divan argued that political vendettas, if any, may be against acted out against the rival parties or persons of respective parties. Acting against a former AG was unwarranted and unheard of. The FIR filed in this matter, at the behest of the ACB, smacks of "political colour" because it was filed soon after a single judge recused himself from hearing the case and directing the matter to be placed before the Chief Justice.

The advocates argued that the FIR filed against the accused tantamount to "scandalizing the authority" by "way of media trial".

Representing the state, senior advocate CV Mohan Reddy rubbished the allegations made and submitted that the news was already reported in the media and hence a gag order was infructuous. Reddy also opposed the former AG's move to make Chief Minister YS Jaganmohan Reddy, a party to the proceedings.

On Tuesday, the Andhra Pradesh government urged the Centre to order a CBI investigation in the Amravati land scam, allegedly perpetrated during the previous regime. The incumbent ruling party has been making several requests since the past few weeks, including raising the issue in the ongoing Monsoon Session of the Parliament.

The ruling party alleged that the then TDP government indulged in insider trading which greatly benefitted former chief minister N Chandrababu Naidu, his family members and others close to them.