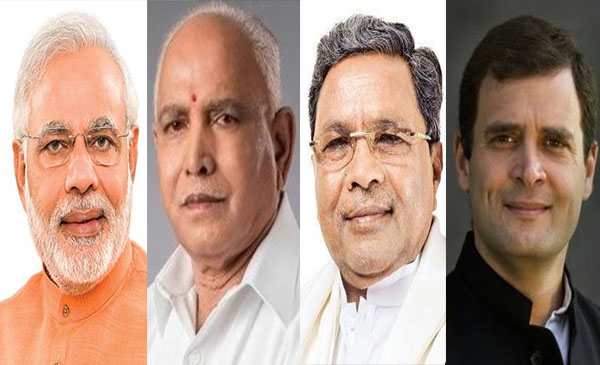 With less than 72 hours to go for Karnataka state elections, the two main parties Congress and the BJP are slugging it out, trading charges of corruption, influencing voters through fake identification cards and for fielding candidates with criminal records. But an analysis conducted by electoral advocacy group Association for Democratic Reforms (ADR) reveal that neither parties have much to boast as far as fielding clean candidates are concerned. ADR analysed data from 2,560 out of 2,655 affidavits of candidates filed with the Election Commission.

23 of the candidates are facing criminal cases for crimes against women.

Above 90% of BJP & Congress Candidates are crorepatis

Of the 2,560 affidavits analysed, 883 (35%) of the candidates are crorepatis, or have declared wealth above Rs 1 crore. Average asset per candidate is Rs 7.54 crores.

Among the top ten richest candidates, the top four and 7th spots are from Congress of which the top 2 have declared assets above Rs 1000 crore. The remaining five positions are shared between the BJP, JD(S) and an independent candidate.