Please refer to Editor's note at the bottom of the story.

The above info-graphic meant as a befitting reply to an Indian news channel for referring to Kerala as ‘Thundery Pakistan’, claims the southern state tops a number of social indicators.

The graphic shared by many on Twitter, including Shashi Tharoor, Member of Parliament for Thiruvananthapuram, makes a total of 24 claims about Kerala’s progress. 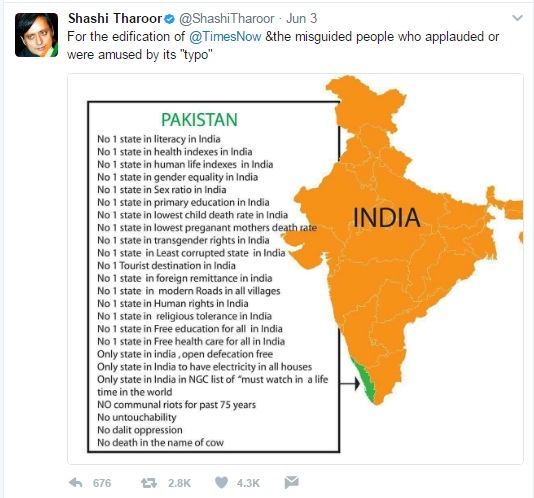 Earlier this month, Times Now apologised for referring to Kerala as ‘Thundery Pakistan’ after receiving a backlash on social media from angry Malayalees. (Read our story here)

BOOM decided to fact-check the info-graphic based on publicly available data. While we realize that the graphic was made as a hasty rebuttal and plays on Indian news TV channels' obsession with superlatives, our analysis shows that although Kerala ranks highly in a number of crucial parameters it does not always top the charts.

Fact : True. Kerala is the most literate state in the country.

Literacy is broadly defined as the ability to read and write with understanding in any language.

CLAIM 2: No. 1 state in health indexes in India

Life Expectancy: Kerala had the highest life expectancy of 74.9 years among Indian states between 2010-14. Life expectancy for the entire country was at 67.9 years during the corresponding period.

Niti Aayog plans to introduce a ‘Performance on Health Outcomes’ Index for states by September 2017 which shall account for many more health indicators.

CLAIM 3 : No. 1 state in human life indexes in India

Fact : No such index exists

If the intended claim was about the Human Development Index (HDI), Kerala had an HDI score of 0.91 which was the highest in India, in 2011-12, according to the latest available data. Kerala is followed by Goa with a score of 0.803 during the same year.

Human development index is a composite index that accounts for factors such as education, health and per capita income of the population.

CLAIM 4 : No. 1 state in gender equality in India

Fact: False. There is no official indicator to measure gender equality in India but a Mckinsey report ranked Kerala third in female empowerment. 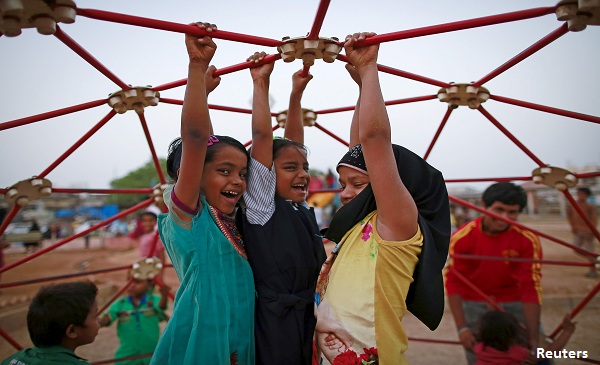 Fact: Mostly true. Kerala has the best sex ratio, but only the 7th best child sex ratio in India.

According to Census of India, the sex ratio and child sex ratio of Kerala and India is as follows:

Though Kerala has the best sex ratio in the country, in terms of child sex ratio Kerala stood 7th in 2011. Mizoram (971) stood 1st, followed by Meghalaya (970). 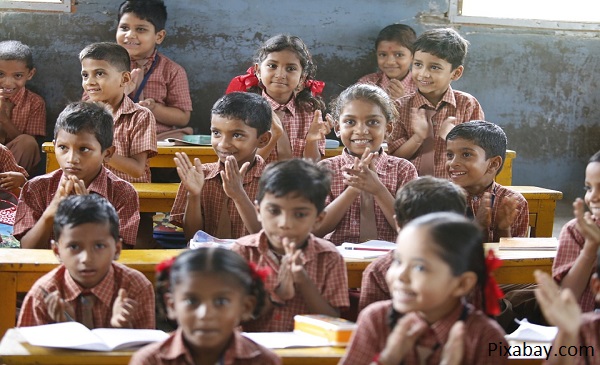 CLAIM 6: No. 1 state in primary education in India

Fact: There is no overall ranking for primary education in India

However, in the Educational Development Index 2014-15 for primary level, Kerala ranked 36th in the component of Access, 8th in Infrastructure, 4th in Teacher and 30th in Outcome among 35 states and union territories in India.

Refer to the table below which lists indicators used in computing the Educational Development Index. 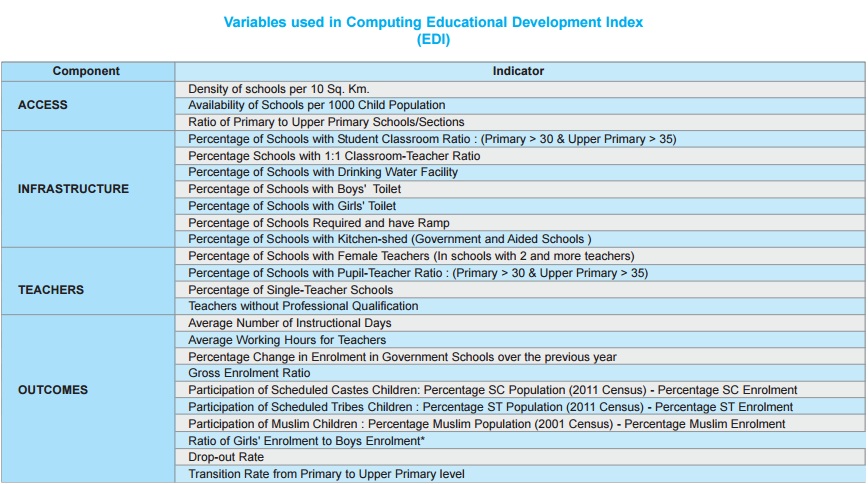 CLAIM 7 : No. 1 state in lowest child death rate in India

Fact: True. Kerala has the lowest child mortality or under-5 mortality rate in India.

CLAIM 8 : No. 1 state in lowest pregnant mothers death in India

Fact: There are no statistics for death of pregnant women.

‘Death of pregnant mothers’ is a vague statement which could include deaths of pregnant women out of reasons other than complications related to pregnancy and child birth.

Kerala has the lowest maternal mortality ratio (MMR) in India, according to a Lok Sabha Question in March 2017.

CLAIM 9 : No. 1 state in transgender rights in India

Fact: True. Kerala is the first state in the country to have a Transgender Policy

The Transgender Policy 2015 enables the enforcement of constitutional rights of transgenders following the Supreme Court's 2014 judgement of recognising a ‘third gender’.

In June 2017, Kerala also organized the first transgender sports meet and recruited 23 transgenders as employees at the state’s first metro service in Kochi.

Other states like Tamil Nadu and Maharashtra have transgender welfare boards.

CLAIM 10: No. 1 state in least corrupted state in India

Fact : Kerala was the second least corrupt state, according to the Centre for Media Studies. 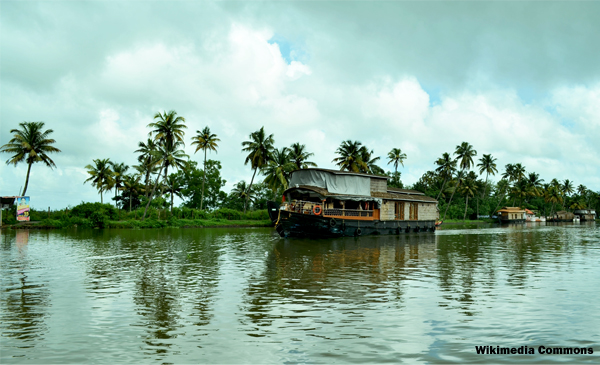 CLAIM 11: No 1. Tourist destination in India

Fact: False. Tamil Nadu and not Kerala had the highest number of foreign and domestic tourist visitors in 2015.

Tamil Nadu stood first by attracting 20.1% of foreign tourists followed by Maharashtra with 18.9%, according to India Tourism Statistics 2015. Kerala was 7th most preferred destination for foreign tourists in India with a share of 4.2%. CLAIM 12: No. 1 state in foreign remittance in India

It is widely known that Kerala is a highly remittance dependent state. According to an IIM report, 'Remittances in India: Facts and Issues', Kerala received (40%) the highest share of remittance in India. Followed by Punjab with 12.7% and Tamil Nadu with 12.4%. The report cites 2007-2008 data.

CLAIM 13: No. 1 state in modern roads in all villages

‘Habitation is a cluster of population, living in an area, the location of which does not change over time’ and as recorded by the 2001 census.

Fact: We are not exactly sure what was intended by the claim

However, number of human rights violations registered in states with Human Rights Commission could shed light on the situation.

Rate of human rights violations refers to the number of such cases registered against 1,00,000 population (as of Census 2011).

In 2016-17, Nagaland (0.61) recorded the least rate of human rights violation, followed by Sikkim and Assam, according to a Lok Sabha Question in March 2017.

CLAIM 15: No. 1 state in religious tolerance in India

Fact: False. Kerala recorded 13 communal incidents between 2014 – 2016, but there are other states that had none.

According to Lok Sabha Question, Indian states of Arunachal Pradesh, Goa, Meghalaya, Mizoram, Nagaland and Sikkim did not record any communal incidents.

CLAIM 16: No. 1 state for free education for all in India

Fact : False. Except Jammu & Kashmir, all states implement the Right To Education

According to The Right Of Children To Free And Compulsory Education Act (RTE), 2009, every child of the age of 6 -14 years has a right to free and compulsory education in a neighbourhood government school till completion of elementary education (Ist to VIIIth grade). It extends to the entire country, except for Jammu and Kashmir. According to a Lok Sabha question, all states other than Jammu and Kashmir are implementing RTE Act, 2009.

Also, only 45% of school going children of the age 6-14 go to government schools in rural Kerala. The number is the highest for Tripura (89.1%) followed by Odisha (88.9%) and Gujarat (87.4%), according to Annual Status of Education Report 2016 by Pratham. It is a rural household survey on children’s schooling status and outcomes.

CLAIM 17: No. 1 state for free health care for all in India

However, it is important to note that despite not having the highest per capita health expenditure, Kerala still leads in major health indices.

CLAIM 18: Only state in India which is open defecation free

Fact: False. Kerala is one of the four states to be counted as open defecation free. CLAIM 19: Only state in India to have electricity in all houses

Fact: False. Four other states have achieved 100% household electrification but Kerala is within a whisker at 99.9%.

Andhra Pradesh, Goa, Punjab and Tamil Nadu are the states with 100% household electrification. These states are followed by Kerala with 99.9% of its households electrified. According to GARV Dashboard, out of 71,03,179 households in Kerala 70,97,455 are electrified with remaining 5,724 households yet to be electrified.

CLAIM 20 : Only Indian state mentioned in National Geographic Channel's – 'must watch in a life time' list

Fact : Though Kerala was the only state mentioned in National Geographic’s ‘ 50 Places of a Lifetime' , the Taj Mahal, Fatehpur Sikri and Delhi were also listed.

Fact: False. Kerala saw eight communal riots in 2015 and six in 2014, according to National Crime Records.

Fact : According to National Crime Records, the number of cases recorded under Protection of Civil Rights Act, 1955 for crimes against Scheduled Caste and Scheduled Tribes are 1 and 0, respectively in 2015.

Protection of Civils Rights Act, 1955 is, ‘An Act to prescribe punishment for the (Preaching and Practice of “Untouchability”) for the enforcement of any disability arising there from and for matters connected therewith’.

Moreover, only 2% of respondents in from Kerala practiced untouchability, according to Indian Human Development Survey 2 ( IHDS 2011 -12) conducted by National Council of Applied Economic Research and University of Maryland, United States. The survey was extended to around 42,000 households in India. As per the survey, 53% of respondents from Madhya Pradhesh practised untouchability, 50% in Himachal Pradesh. The least occurrence of untouchability was in West Bengal (1%).

Fact: Kerala recorded a higher rate of crime against Dalits under the Prevention of Atrocities Act than the national crime rate of 19.2.

Though the perception is that Dalit oppression is less heard of in Kerala, according to National Crime Records Kerala recorded a crime rate of 22.9 against Scheduled Caste population under the Prevention of Atrocities Act (POA) in 2015. The national crime rate was 19.2.

The states with highest rate of crimes under POA are Goa (51.1) and Rajasthan (48.4), while the states of Jammu & Kashmir, Manipur, Meghalaya and Mizoram recorded nil.

Here, crime rate refers to the incidence of crime against 1,00,000 of SC population recorded under Prevention of Atrocities Act. However, a high crime rate could also be due to better reporting, registering and policing in states.

Prevention of Atrocities Act is meant to 'prevent the commission of offences of atrocities against the members of the Scheduled Castes and the Scheduled Tribes'.

FACT: True. While protests over cattle slaughter and consumption of beef have been in the headlines lately, there have been no reported deaths in Kerala due to it.

Editor's note: This story has been updated with correct literacy rates of Kerala and India according to data from MOSPI. Data points of 2011 were interchanged with that of 2001, as sourced from NITI AAYOG catalogue. The error is deeply regretted.