Here’s a round-up of the News You Almost Believed. 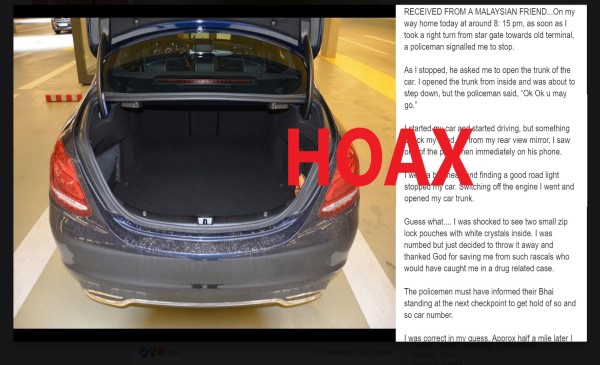 A viral message about police planting drugs in a car under the pretext of inspecting the trunk is a hoax. The message narrates an incident wherein a policeman asked a car driver to stop his vehicle and under the pretext of checking the car trunk drops “two small zip-lock pouches with white crystals” inside the trunk. BOOM looked for the message online and found that the post started cropping up on various social media platforms a few weeks ago. The message is being circulated in Singapore, Malaysia, Philippines. Click here to read the full story. 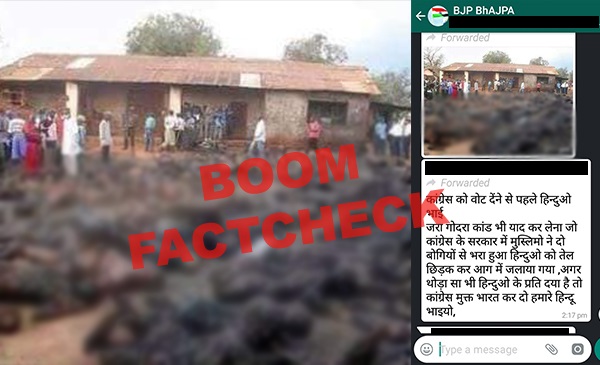 A horrific image of burnt bodies lying on a ground with people standing around them is being shared on social media with a text asking the people to be careful if they plan to vote for the Congress Party as the conspiracy to burn Hindus in the train at Godhra in the year 2002 were hatched by Muslims close to the Congress government. The image is actually from an explosion that happened in the eastern Democratic Republic of Congo in 2010, killing around 230 people. Click here to read the full story. 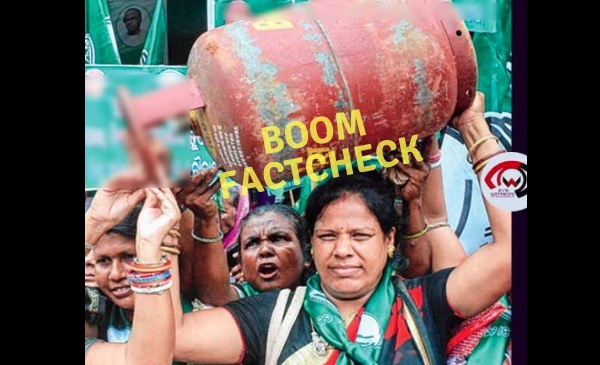 A widely shared article by Malayalam website Eyewitnessnews.in has used a 2017 image from Bhubaneswar to claim that women in Kerala are upset over the hike in LPG price rather than the Supreme Court’s order allowing women entry at Sabarimala. A Google Reverse image search showed an article by Telegraph India from August 2017. The report says that the image is of a protest staged by the women’s wing of political party Biju Janata Dal (BJD) in Bhubaneswar, Orissa against the central government’s decision to phase out subsidy on LPG cylinders. Read the full story here. 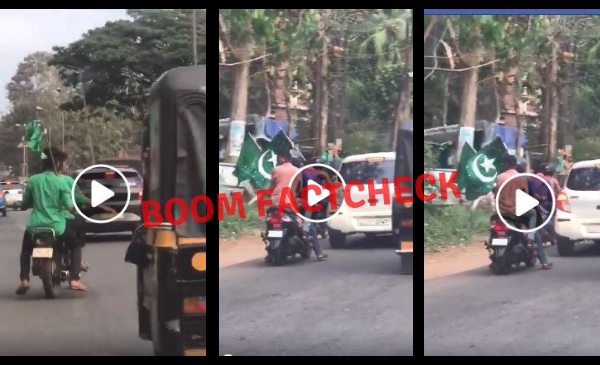 A video from Kerala is being widely shared on social media with the claim that a Milad-Un-Nabi procession held in Kasargode district, waved Pakistani flags. The message also says that BJP workers and other local residents chased them away. However, a BOOM fact check reveals that neither did those participating in the procession wave Pakistan’s flag nor did the tension between the two communities erupt in the area due to the flags. Read the full story here. 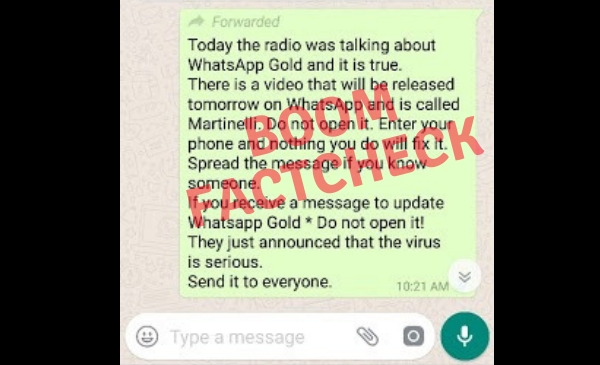 A forward has been making rounds on WhatsApp claiming to say that a video will be released on WhatsApp tomorrow called Martinelli which is a virus. It further claims that once it enters your phone, nothing you do will fix it. The forward is actually a mix of two messages – One talking about the Martinelli video and the other one talking about WhatsApp Gold. While the message about Martinelli video is false as reported by Factchecking website Snopes, it so turns out that the message about WhatsApp Gold is true. Read the story in detail here. 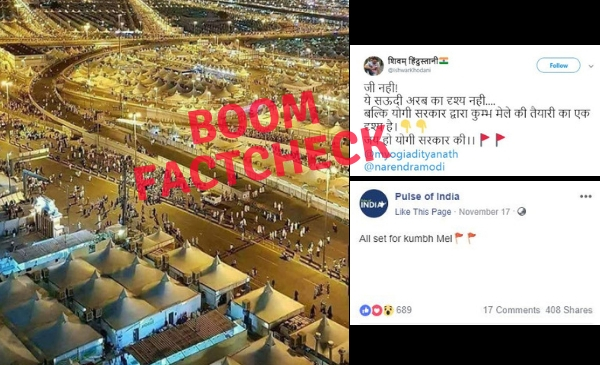 An image of tents pitched in Mina Valley of Saudi Arabia is being shared on social media as the Uttar Pradesh government’s preparation for Kumbh Mela. BOOM found a few evidences that clearly show that the image is from Mina Valley. Not only this but BOOM also located the flyover on Google Maps and found it merging into the King Khalid Bridge, Mina Valley. Read the detailed story here. 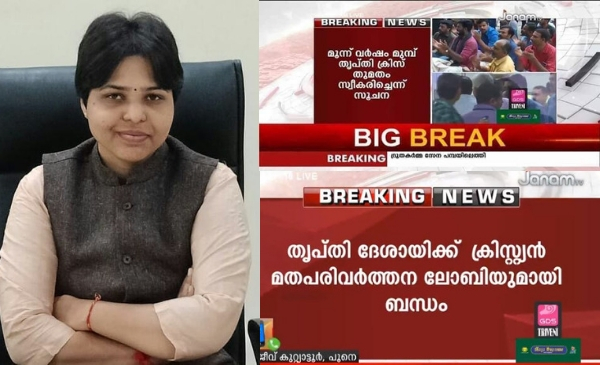 Malayalam TV channel Janam TV claimed activist Trupti Desai secretly converted to Christianity. Furthermore, the source of Janam TV’s wild allegation appears to be a Bharatiya Janata Party worker. This is not the first time that Janam TV has been called out for sharing misinformation. Read the detailed story here.