Even though Uttar Pradesh is witnessing lesser cases of COVID-19, children as well as adults in several districts of the most populous state are showing symptoms of a "mysterious fever."

Areas of Mathura, Firozabad, and Mainpuri are reporting increasing instances of children and adults being hospitalised with a mystery fever. Officials in Mathura tested samples from the affected in Koh village of Mathura and found that over 29 people between the ages of two and 45 are suffering from a disease called scrub typhus.

In Firozabad, over 34 children and seven adults have lost their lives to a mysterious dengue like fever but it is not ascertained if it is the same scrub typhus. The dengue-like fever has led to several hospitalisations. Chief Minister Yogi Adityanath even visited the district hospital and met the families of the patients.

While the state government authorities have denied that this is dengue, the patients also tested negative for Corona. They have also stated that samples of the deceased will be studied in Lucknow to understand what the mystery illness is. News Laundry in their on-ground investigation found that the areas reporting these mystery fever cases were unclean, unhygienic and had very poor sanitary conditions. 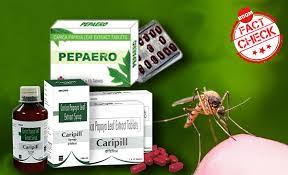 Scrub typhus, on the other hand, has also been recently reported in Assam and in Delhi in 2018. A bacterial infection, it has an incubation of 12 days and is spread through mite bites. It is endemic to rural areas of Southeast Asia, Indonesia, China, Japan, India, and northern Australia. Its mortality rate ranges between less than 1 to 50 per cent.

What Are Symptoms Of Scrub Typhus?

Scrub typhus caused by a bacteria called Orientia tsutsugamushi is also called bush typhus. The word scrub is derived from the type of vegetation- terrain between woods that the vector grows in

Symptoms, according to the US Centres of Disease Control and Prevention, start 10-12 days after being bitten. These include fever, headache, a dark, scab-like region at the site of the bite, chills, body ache, and rashes.

If left untreated, it could also lead to organ failure and bleeding.

How Is Scrub Typhus Diagnosed?

Scrub typhus is diagnosed through a blood test prescribed by a person's physician. The blood test is ordered for a few other diseases along with scrub typhus and then the clinicians determine the disease.

The cheapest and most easily available serological test is the Weil-Felix (WF) test. Cells from the dark scab like region can undergo polymerase chain reaction tests and its genetic composition helps diagnose the typhus.

Is There Any Treatment Or Vaccine For Scrub Typhus?

There is no vaccine for the bacterial infection.

Doxycycline, an antibiotic, is prescribed by doctors for treating the disease. Doctors, sometimes prescribe it even before the test results are out as the test can sometimes take a week to deduce the results.

How Can One Prevent Scrub Typhus?

Children should be fully clothed and their arms and legs should be covered so as to protect them from bites. Adults should also carry insect repellents to keep the mites at bay.

The CDC also adds that people should wash their clothes with 0.5 per cent permethrin. mystery fever uttar pradesh fever children uttar pradesh scrub typhus
If you value our work, we have an ask: Our journalists work with TruthSeekers like you to publish fact-checks, explainers, ground reports and media literacy content. Much of this work involves using investigative methods and forensic tools. Our work is resource-intensive, and we rely on our readers to fund our work. Support us so we can continue our work of decluttering the information landscape. BECOME A MEMBER
📧 Subscribe to our newsletter here. 📣You can also follow us on Twitter, Facebook, Instagram, Youtube, Linkedin and Google News