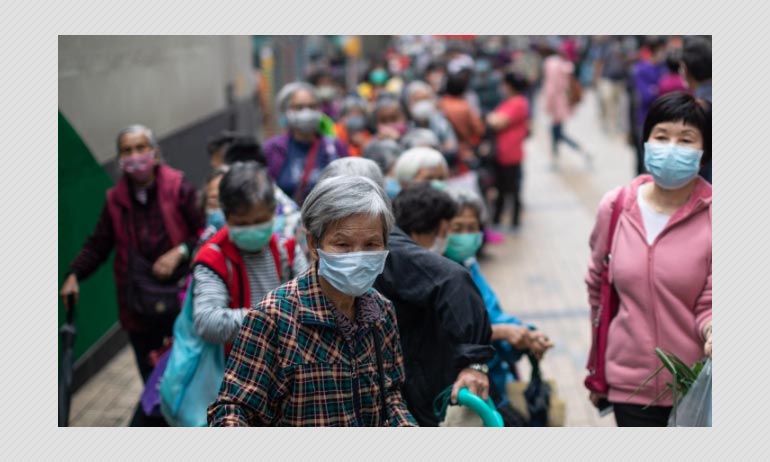 China has seen the re-emergence of a tick-borne virus that has taken over seven lives and infected over 60 people, according to news reports earlier in the week. While the cases of the global COVID-19 pandemic continues to increase, China has reported cases of Hantavirus, bubonic plague, G4 strain of swine flu and now the tick-borne virus in the past few months.

Through 2020, cases have emerged in the eastern provinces of the country. In the first half of the year, 37 cases were reported in Jiangsu while 23 cases were reported later in the year in Anhui province. Chinese media reported the possibility of human to human transmission of this virus. Virologists however insist that there is no need to panic, Global Times reported.

This tick-borne virus called the Severe Fever Thrombocytopenia Syndrome (SFTS) reduces the platelet count. It was first identified in 2009 in the Hubei and Henan provinces of China. The current COVID-19 pandemic also emerged from the Hubei province in December 2019.Japan and South Korea, China's neighbouring countries diagnosed the first cases in 2012 and 2013 respectively.

Farmers, forest workers and hunters are at risk of contracting the virus as its vector is found on many animals such as goats, cattle, horses and some times even cats and dogs.

Similar to SARS-CoV-2, the source of this virus has not yet been discovered. Scientists know that this belongs to the Bunyavirus family. Ticks found on various farm and domestic animals have been scientifically proven to be the carriers of the virus. Bites by Haemaphysalis longicornis (Asian ticks) are the primary sources of transmission but the virus can also be contracted by staying in close proximity of infected patients. The virus is believed to travel through blood and mucous.

The fatality rate of the virus ranges between 6- 30% in China. This has decreased over the years to 10-16%. Fatality rates in the neighbouring countries of Japan and Korea are ranging between 32-47%. The World Health Organization had included the disease in the list of the 8 priority diseases in 2017 under its research and development blueprint but pushed it to the 9th position in the subsequent year.

Vaccines have been under development for this RNA virus but have not reached final stages. Although an anti-viral ribavarin was being used by China, studies have shown that it is not really effective in increasing platelet count or reducing viral load in patients. Similarly steroids and plasma therapy after checking for seroprevalence against the virus have not shown encouraging results.