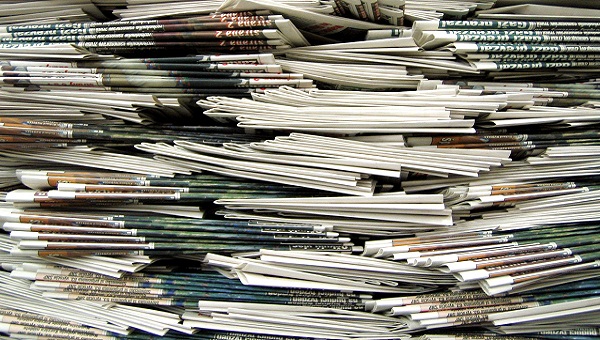 Here’s a roundup of what’s making it to the front pages of newspapers on Thursday.

Terror returns to London with attack on Parliament

Terror returned to the streets of London on Wedneday when an assailant armed with two long knives drove his car through a crowd of people on Westminster Bridge before stabbing a police officer to death on the grounds of Parliament. Click here

Scores of employees have reaped a bonanza by selling shares in One97 Communications, which owns digital payments provider Paytm, as investors and founders increase their stake in the Alibaba-backed company, which has recorded a steep surge in valuation as the Indian government seeks to transform the country into a cashless economy. Click here

The Lok Sabha on Wednesday signed off on Finance Bill 2017, ratifying the government’s tax proposals announced in the budget and also a small but significant package of reform initiatives directed at improving the ease of doing business and boosting anti-corruption initiatives undertaken by the National Democratic Alliance (NDA). Click here

Linking Aadhaar with filing of income tax returns is a way to curb tax evasion, and action will be taken on “big depositors” of discontinued currency who have not replied to the Income Tax department’s queries on the source of cash, Finance Minister Arun Jaitley said on Wednesday. Click here

50% of U.S.-bound Indian flyers to be impacted by U.S. government curbs on e-devices

Washington DC’s decision to impose curbs on taking iPads and laptops as cabin baggage will impact nearly half of the passengers between India and the United States. Click here