A video of a Bangladesh protest rally against Rohingya persecution in Myanmar has resurfaced on social media with claims that it is from West Bengal. The footage has been overlaid with an audio of an Islamic revolution song.

The video is doing the rounds on Whatsapp with the caption: "This is Bengal. Muslims says we will take over everything. Thanks to Secularism."

BOOM also received the same on its tipline number for verification. 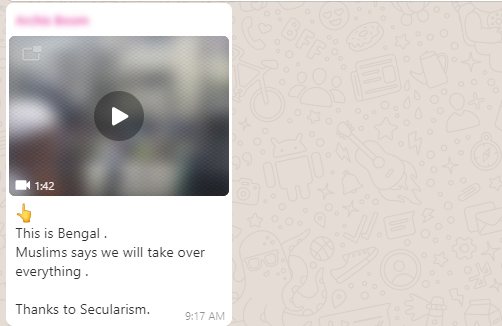 This is not Karachi, Kashmir or Kerala. No, this chant of "Islam Zindabad" is being raised in Kolkata, capital city of #MamataBanerjee-ruled #WestBengal ! pic.twitter.com/IM6KSCrrVv

Additionally, the same video has been revived on Facebook by several Bangladesh users with the narrative that Islam is the country's official religion. One such caption reads, "State religion is Islam here and will continue to be Islam, Insha Allah. Wish of atheists cannot be fulfilled ever. If you do not like state religion Islam leave Bangla. State religion will be Islam." 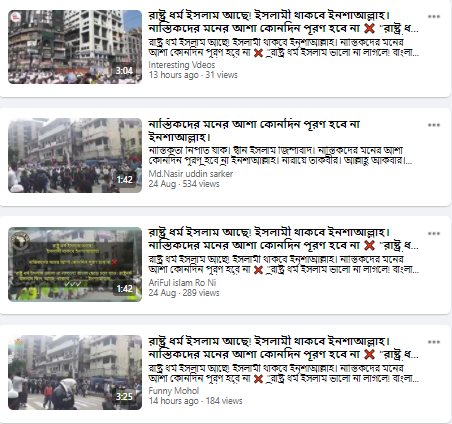 BOOM ran a reverse image search with key-frames of the video and found the same protest video on YouTube which was uploaded on September 13, 2017 by a channel, Spice Info Tube. The video was titled as "Islami Andolon Bangladesh enclose Myanmar Embassy".

According to reports, the protest rally towards Myanmar embassy was organised on the morning of September 13 by the political party Islami Andolan Bangladesh. The protesters were demonstrating against the torture and killing of Rohingyas in Myanmar Arakan region. While addressing the crowd, announcements of two bigger rallies and protest marches to be held in the coming days of the same year were made by the leaders of the party.

Police halted the protesters in Santinagar crossing area of Dhaka city, where leaders from the party delivered speeches. Read a news report by Banglanews24 on the protest. More than 20,000 people from across the country took part in the rally reported The Financial Express.

Additionally, the protest video has been overlaid with a Bengali Islamic revolution song originally sung by Kalarab Shilpogosthi. The same can be heard here.

We were also able to geo-locate the location of the protest area with recent images available on Google Maps. A key-frame shows a building with hoarding in Bengali, "Islami Bank Central Hospital". The hospital is located on Kazi Nazrul Islam Rd, Dhaka. Here is the Google maps location. 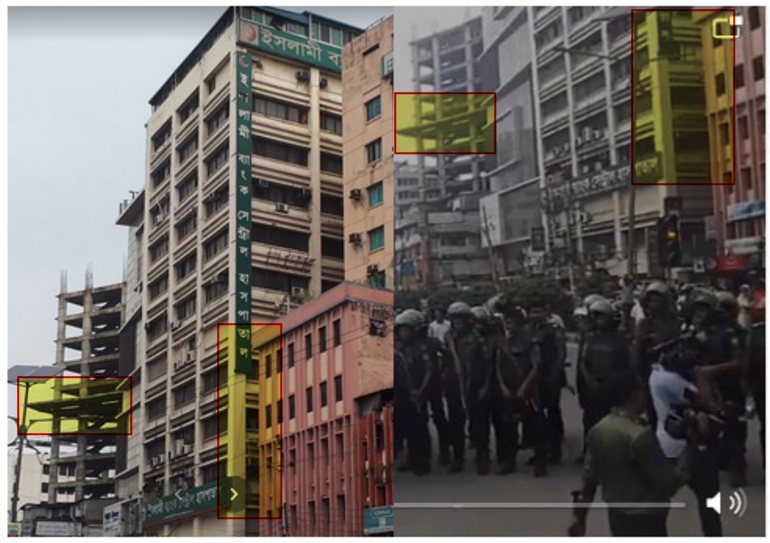 BOOM also found another video of the same protest on YouTube, uploaded from the same day . The protest was reported on national channel Channel i News.

The article was updated on August 28, 2020 to include Tarek Fatah's tweet.