Social media posts claiming economist Amartya Sen said India's economy would be hit by the ban on PUBG - an online multiplayer game - that was recently banned by the Indian government, are false.

BOOM reached out to Sen's office and received a reply from Sen's daughter, Antara Dev Sen who rubbished the claim and confirmed that the Nobel laureate has not given a statement correlating the ban on the game to India's economy.

Former governor of Tripura, Tathagata Roy retweeted the fake quote attributed to Sen and took a dig at the economist based on a meme that is doing the rounds with the quote.

Click here and here for the archive of the tweets.

The same quote is viral in Bangla, based on a blog post by a website, Bharat News. BOOM has earlier fact-checked Bharat News for peddling misinformation. Click here to read our fact-check.

An excerpt from the blog post in Bangla reads, "Amartya Sen babu has been critial of Modi's decisions and have found himself in controversies, after speaking against them. According to him after banning the Chinese apps, India will not be able to see profit. And the Indian economy will be faced with a huge economic loss. And China will not suffer any losses after the ban of apps in India." Several netizens have shared screenshots of the post to misleadingly claim that Sen has commented on the ban of PUB-G and Indian economy.

BOOM did not come across any recent news reports covering comments by Amartya Sen on the government of India's decision to ban Chinese mobile applications and its impact on the Indian economy. Relevant keyword searches showed that Sen has not commented on PUBG ban and the Indian economy. 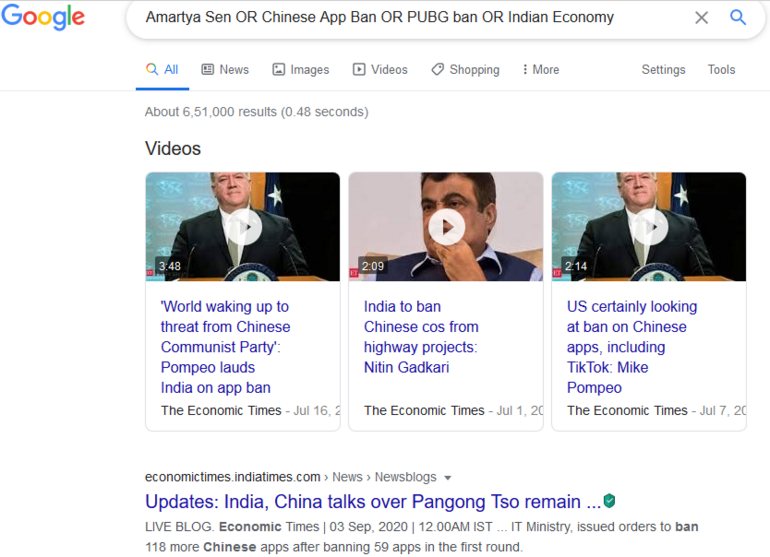 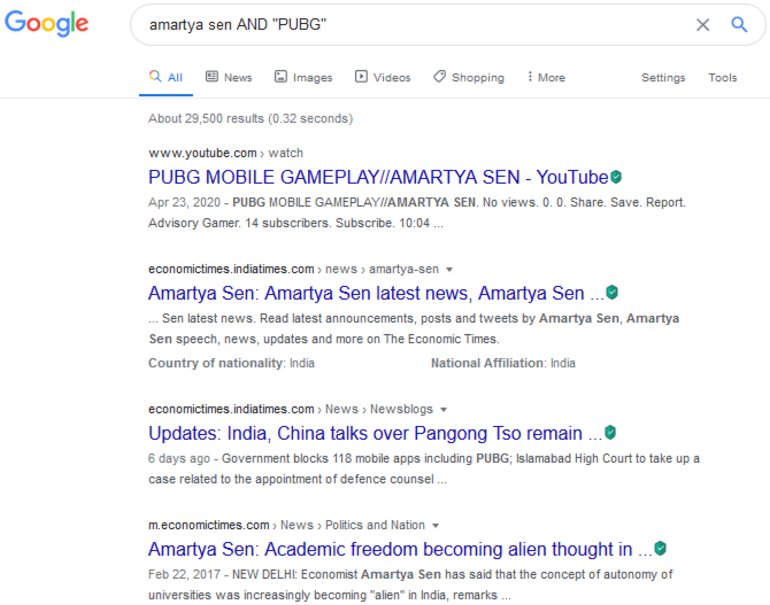 India banned 118 mobile applications linked to China, including PUBG Mobile Lite, virtual private network (VPN) services and some productivity apps such as camera scanners on September 2. The release issued by the Ministry of Electronics and Information Technology stated the apps were banned as they have been found to engage in activities against India's sovereignty, security, defence and public order. This is the third wave of bans on Chinese apps by the government, starting from June. Read more about the bans here.

Claim :   Amartya Sen says banning of #PUBG will ruin the Indian economy
Claimed By :  Tathagata Roy
Fact Check :  False
Amartya Sen Fake News Bharat News India Economy Ban Chinese Apps Tathagata Roy PUBG Mobile Lite PUBG
If you value our work, we have an ask: Our journalists work with TruthSeekers like you to publish fact-checks, explainers, ground reports and media literacy content. Much of this work involves using investigative methods and forensic tools. Our work is resource-intensive, and we rely on our readers to fund our work. Support us so we can continue our work of decluttering the information landscape. BECOME A MEMBER
📧 Subscribe to our newsletter here. 📣You can also follow us on Twitter, Facebook, Instagram, Youtube, Linkedin and Google News 📝Stay updated with all our latest fact check stories.