A video of a young man singing a Bollywood song next to late actor Rishi Kapoor, who's lying in a hospital bed, has been shared by many on social media, including actor Nagma, with the claim that it is his last video before passing away on April 30.

The claim is false; we found that the viral video is actually from February 2020, when Kapoor was admitted to a hospital in Delhi due to an infection.

Also Read: No, This Photo Does Not Show Actor Irrfan Khan's Final Moments

Nagma posted the video on Twitter with a caption that read, "Clip of last night, with doctors at the Reliance Foundation Hospital, Mumbai. You are a Legend Rishiji you will always be in our hearts and mind." The tweet has now been deleted. 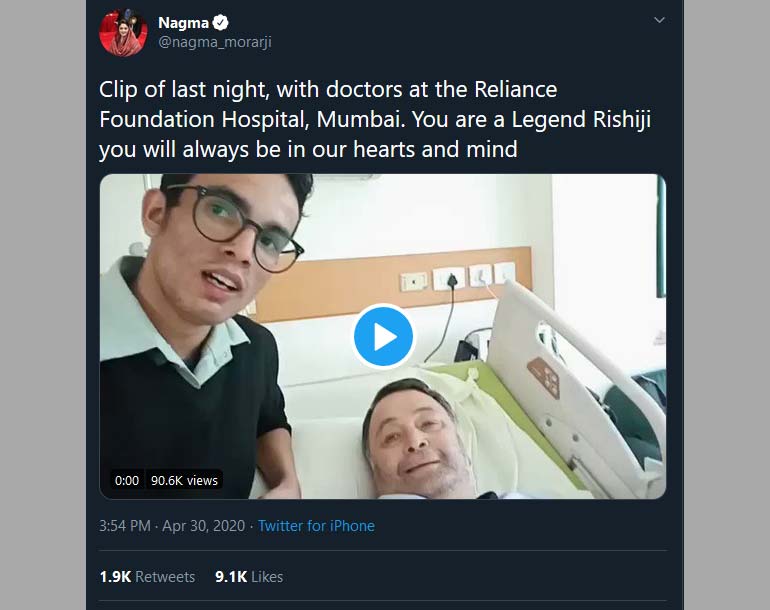 Other Twitter users, including News Nation anchor Deepak Chaurasia, posted the same video with similar caption, that hinted at the video being Kapoor's last. 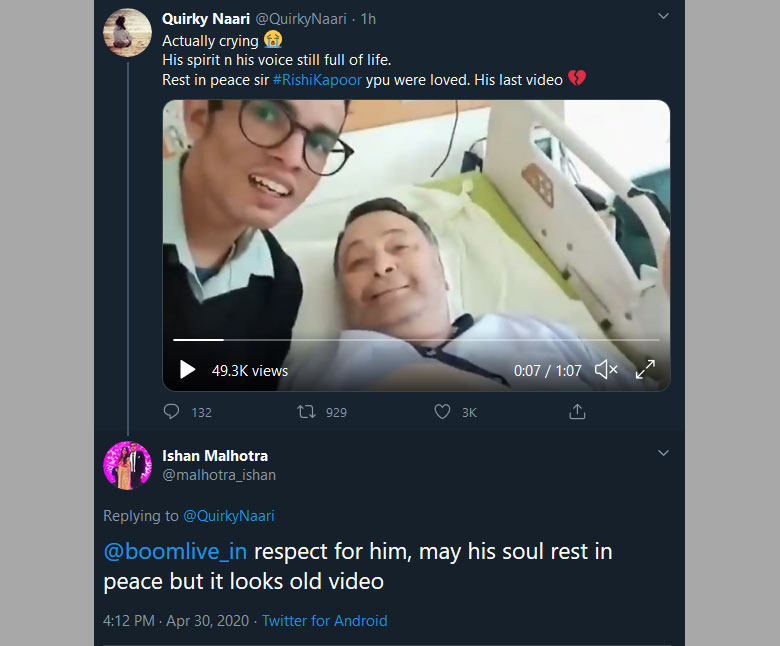 India Today also posted the video on its Twitter handle with a caption that read, "Take a look at the last visuals of legendary actor #RishiKapoor." This tweet was also deleted later on. 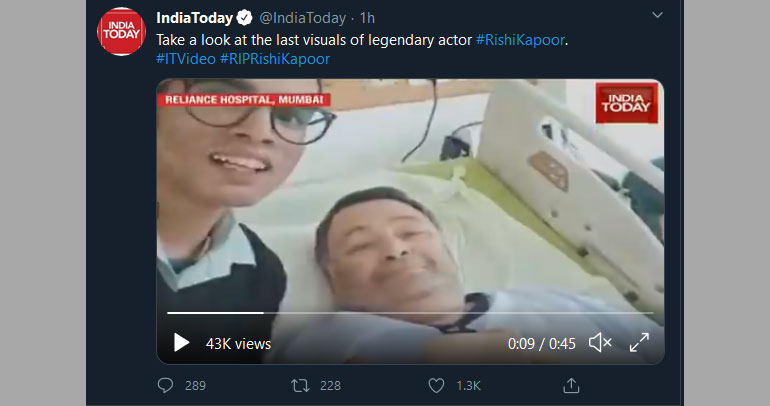 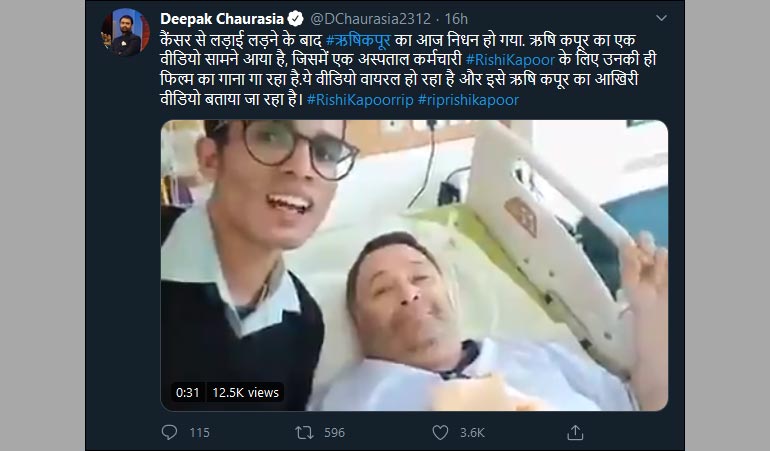 We also found the video being shared on Facebook with the exact same caption.

A quick search on Google with relevant keyword searches led us to the exact same video, uploaded on YouTube by user Dheeraj Kumar Sanu on February 3, 2020.

BOOM search for social media handles of the user, and found an Instagram post by Sanu on February 6, where he is seen taking a selfie with Kapoor at the hospital.

We also found news reports suggesting that Kapoor was admitted to a hospital in Delhi in early February with an infection. Kapoor had also tweeted about the matter on February 4, clarifying that he was hospitalised with an infection due to pollution and a low count of neutrophils.

Dear family,friends,foes and followers. I have been overwhelmed by all your concern about my health.Thank you. I have been filming in Delhi past 18 days and because of the Pollution and my low count of neutrophils, I caught an infection whereby I had to be hospitalized. (1).....

The video was taken by Dheeraj Kumar Sanu during that particular visit, which predates Kapoor death by nearly three months.