Barely a day after the sudden demise of actor Irrfan Khan, fake news around his death has started doing the rounds of social media.

The legendary actor, best known for his roles in films such as The Namesake, Maqbool, Life of Pi, passed away in Mumbai on April 29, 2020. He was 53. The versatile actor, also known for his stint in Hollywood, was diagnosed with neuroendocrine tumour in 2018. Earlier this week, he had lost his mother in Jaipur. Khan was admitted to Kokilaben Dhirubhai Ambani Hospital with a colon infection.

A collage of two pictures is being peddled on social media purportedly claiming it to be the last moments of Khan. While one of the pictures in the collage is that of the late actor, the other one is a photoshopped image of a patient over whom Khan's face has been morphed with.

The post shows an image of Khan with a death-like pallor on his face juxtaposed against a picture of the actor showing him in a healthier form.

The collage has been shared on Facebook with a Hindi caption reading 'Those who say we hate Muslims, see the love our countrymen have for Irrfan Khan. Hatred is for the acts of Kasab, Kalam and Irrfan live in our hearts'.

Also read Exclusive Video Of Kim Jong-un's Funeral? Not Quite

View the fake post below and check its archived version here.

The same set of images have been carried by several news obscure local news websites. 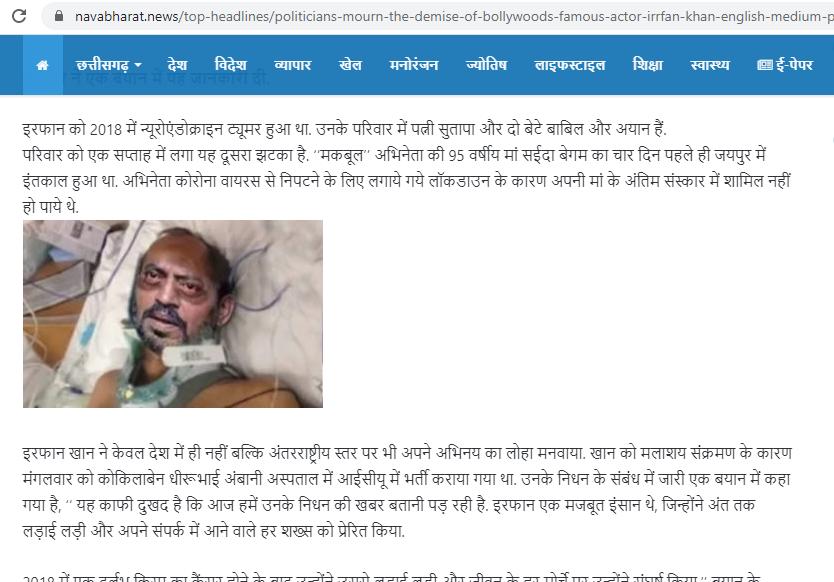 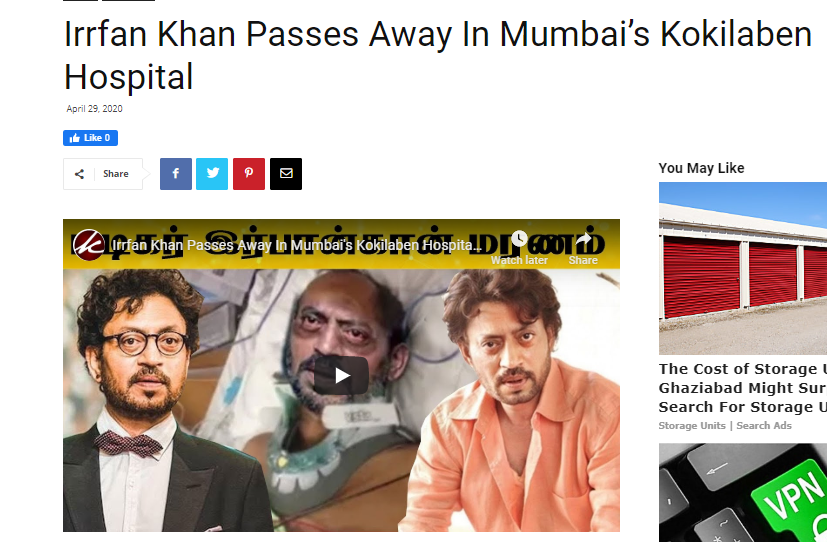 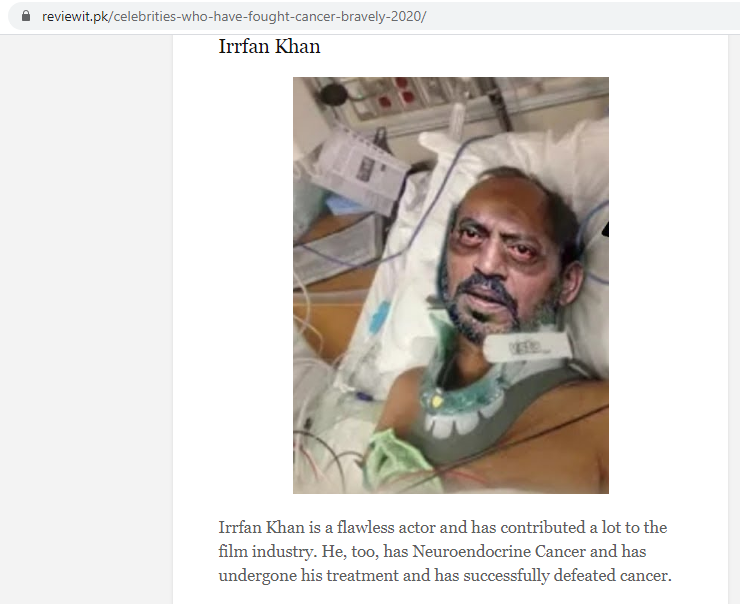 BOOM ran a reverse image search on the viral picture and found a strikingly similar picture carried in several news reports from February 2015. 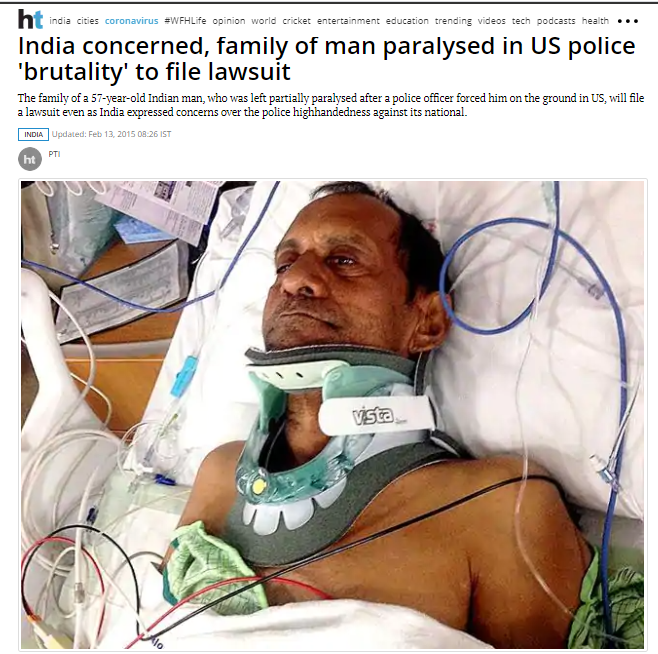 An article published in the Hindustan Times on February 13, 2015, identified the man in the above picture as 57-year-old Sureshbhai Patel, who was grievously injured and left partially paralyzed after a police officer forced him on the ground in the US. Patel was visiting his son in Huntsville, Alabama.

The Patel family had later filed a lawsuit indicating the old man had been targeted based on his ethnicity. Read more about the incident here and here.

BOOM checked the image carried in the news report intently and found that the photo in the viral post and the one in reports were one and the same. We compared the pictures and marked the positions of things in both the pictures. Have a look. 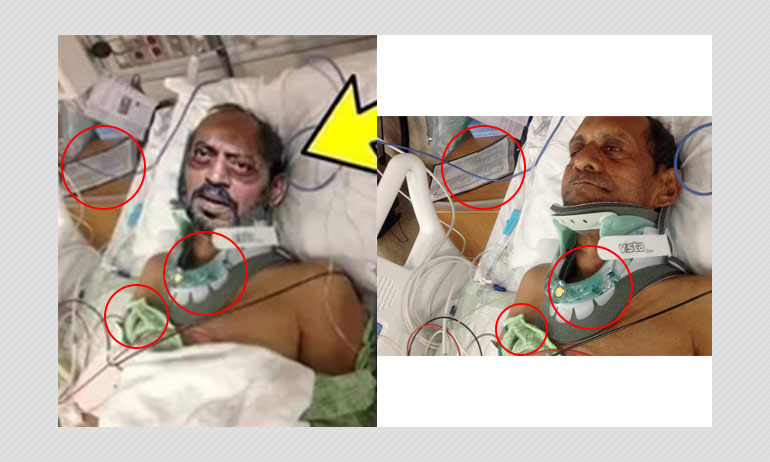 Claim :   Photo shows final moments of actor Irrfan Khan
Claimed By :  Facebook pages
Fact Check :  False
Irrfan Khan Actor Irrfan Khan Irrfan Khan death FAKE NEWS Photoshopped Image Bollywood Hollywood Irrfan Khan fake news इरफान खान irfan khan last rites irfan khan hospital photos
If you value our work, we have an ask: Our journalists work with TruthSeekers like you to publish fact-checks, explainers, ground reports and media literacy content. Much of this work involves using investigative methods and forensic tools. Our work is resource-intensive, and we rely on our readers to fund our work. Support us so we can continue our work of decluttering the information landscape. BECOME A MEMBER
📧 Subscribe to our newsletter here. 📣You can also follow us on Twitter, Facebook, Instagram, Youtube, Linkedin and Google News 📝Stay updated with all our latest fact check stories.