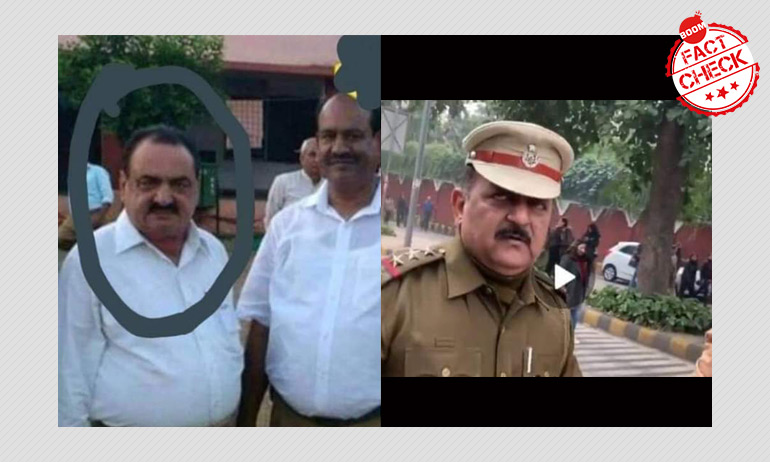 A disturbing video is viral on social media with claims that it shows mistreatment of Muslims in a detention camp in Assam. The video is being shared with a caption: "Muslims are in detention camps in Assam. May Allah protect all of them - Ameen Ya Rab. 🤲" However, BOOM found that the video is originally of a Sri Lankan prison, where police brutality on prisoners were documented. Click here to read about the facts of the video.

Video of a railway platform being vandalised by a mob in Bangladesh is doing the rounds on social media with claims that it happened in Kolkata. Furthermore, the miscreants have been falsely identified as Bangladeshi refugees. BOOM found that the video is from Bangladesh, where premises of the Brahmanbaria railway station were ransacked by madrassa students. Read more details about the video here.

BJP Mahila Morcha member Priti Gandhi, shared a 13 year old photo of the Pakistani cricket team offering prayers, while misleadingly claiming that it shows Danish Kaneria – a Hindu, and Yousuf Youhana (now known as Mohammed Yousuf) – a former Christian, "being asked" to offer namaz. BOOM found that the photo does not contain Kaneria at all, and shows Yousuf after his conversion to Islam. Read more details here.

A cartoon featuring Spiderman (with the words 'Modi') singularly stopping a train (depicted to be terrorists such as ISIS and Khalistanis; Pakistan and China and Rohingyas and Bangladesh, and the opposition) from hitting a child (here, India) is viral on social media with claims that it was published in a European Newspaper. But BOOM found no evidence of such a newspaper or publication carrying the cartoon. We also found that the image was tweeted by the verified handle of David Vance on December 20, who is associated with British right-wing online portal AltNewsMedia. Read more details about this meme here.

Fake News Of The Week Hitler