A 15 second video taken from one of Adolf Hitler's speeches in German is being shared with inaccurate and misleading subtitles.

The overlaid subtitles on the video lead a viewer to draw a comparison to Prime Minister Narendra Modi's recent speech.

The viral clip shows Hitler speaking animatedly in German and has subtitles which state "I know who is hating me, hate me it is your wish. But don't hate Germany."

This video was shared by many Twitter users including director Anurag Kashyap while making a reference to the Indian prime minister. 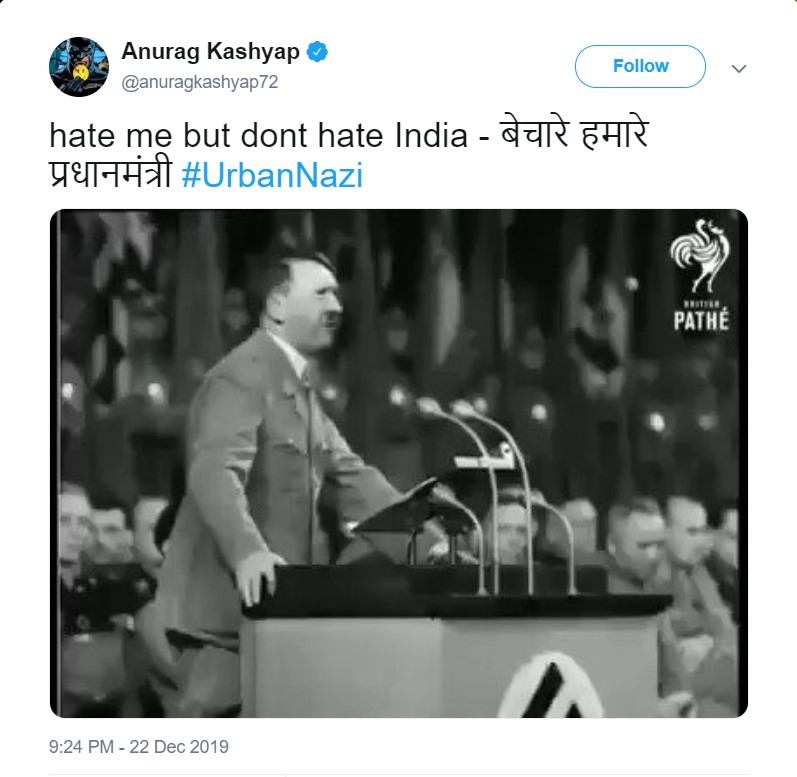 Prime Minister Modi recently said "hate me if you want, but don't hate India, " at a speech at the Ramlila Maidan on Sunday, December 22, 2019.

His remarks were with reference to recent protests against the Citizen Amendment Act. In various parts of the country protests have turned violent leading to the deaths of 18 people and destruction of public property.

The misleading video has also been shared widely in Hindi on Facebook. 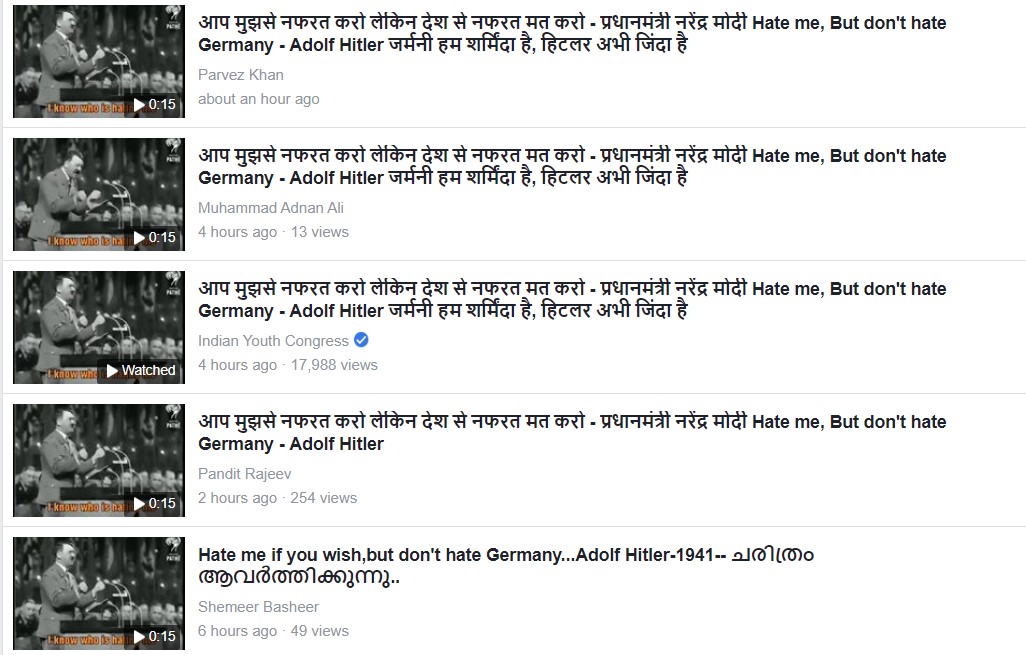 BOOM found that the snippet is originally from one of Hitler's winter rallies of 1936. A logo of British Pathé can be seen in the top right corner of the video.
Taking a cue from it, we looked for the video on YouTube. The description of the video mentions 'Winterhilfswerk 1936-37' which roughly translates to winter relief.

BOOM tried to ascertain what was said in the viral clip. We reached out to a native German speaker and another individual fluent in the language.

Below are two rough translations of the 15-second clip, which begins mid-sentence.

Translation 1 - "Not everyone has to be your brother, but you have to go into the population and resolve their prejudices and help them over and over."

Translation 2 - "... not just simplistic talk, speaking of 'brothers', but to go out among the people to gradually overcome all their prejudices, and to help and to help once more"

While BOOM could not obtain a verbatim quote, it is clear from both translations that Hitler spoke in context of helping the needy and did not mention hating the country or him, as is being claimed.