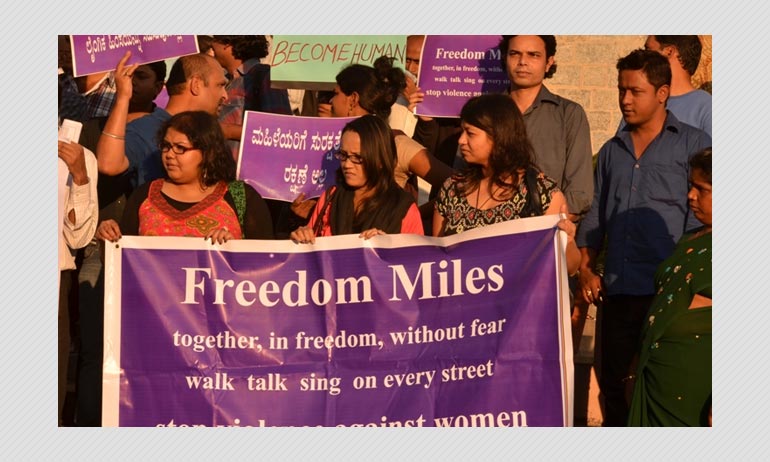 Following Delhi High Court's dismissal of a last minute plea by the Nirbhaya convicts to seek a stay on the execution, all four were hanged on March 20, 2020 at 5:30 am at Tihar Jail.

On December 16, 2012, the 23-year old medical student - now known as Nirbhaya - was gangraped by 6 assailants and brutally tortured in a moving bus. She later succumbed to her injuries, but the incident shook the country to its core and laid bare the public discourse around women's safety across the country.

Nirbhaya Case: A Delhi Court on Tuesday issued death warrant for the hanging of four convicts on January 22 at 7 AM.
Read more: https://t.co/bDTQCBQvSX#Nirbhaya #nirbhayaverdict pic.twitter.com/QLwj5E0cdP

In response, the convicts' lawyer AP Singh told ANI that his clients would file a curative petition before the date of hanging.

In light of the recent events, which serve as a brutal reminder of the state of women security in the country, BOOM decided to do a recap of events, starting from the fateful night when the victim and her friend got up on the bus.

On December 16, 2012, the 23-year old medical student is gangraped and tortured by 6 assailants, including a juvenile, in a moving us. Named by the media as Nirbhaya, she was coming back home with a friend after watching a movie. The assailants assaulted the friend as well and threw them both off the bus after committing the crime.

What Happened To Nirbhaya?

Following the physical and mental trauma, Nirbhaya was hospitalised in severe and critical condition. After 10 days, she was shifted to Singapore's Mount Elizabeth Hospital by the Indian Government, after suffering a cardiac arrest.

On December 26, 2012, after struggling for her life for almost 2 weeks, she passed away in Singapore. A murder charge was added to the police report.

How Did The Public Respond?

As the disturbing details of the crime emerged in the media, it triggered a massive debate around women's security among the people, with many hitting the streets in protest on inaction on the issue.

There was an overwhelming demand by the people to speed up the trial and hang the convicts, while the rape culture in Indian society became a hot topic of debate on news media.

The Arrests, The Death And The Conviction

Two days after the crime was committed, the police identified the 6 accused as Ram Singh, Mukesh Singh, Pawan Gupta, Vinay Sharma and a juvenile - whose name and identity was not revealed. While 5 of the assailants were caught in Delhi, Thakur was arrested in Aurangabad district of Bihar.

With public pressure mounting up in the form of widespread protests around the country, a fast track court was inaugrated in January 2013, by then Chief Justice of India, Altamas Kabir.

On March 2013, with the trial for the adult accused well underway, Ram Singh - one of the key accused - dies in prison. Prison officials claim he committed suicide, while Singh's lawyer and family claimed he was murdered.

Few weeks later, four remaining adult accused were found guilty of gangrape and murder by a Delhi Court, and sentenced to death.

After three years in probation home, the juvenile was released. Following his release, the Indian Parliament passed the Juvenile Justice Act , 2015, which allowed juvenile delinquents between the age of 16-18 to be tried as adults in cases of "heinous crimes".

After the death penalty by the trial court was upheld by the Delhi High Court, the four remaining convicts challenged the sentence in the Supreme Court. Supreme Court appoints senior advocate Raju Ramchandran, who argues for the sentencing to be set aside.

In May 2017, after more than a year of hearing, the Supreme Court upholds Delhi High Court's verdict of death sentence for the four accused.

Following this, multiple mercy pleas are filed by 3 of the accused, only to be rejected by the Delhi Government and Union Ministry of Home Affairs.

On January 7, a Delhi Court issued death warrants to execute the 4 remaining adult convicts by hanging on January 22, 2020.

The medical student and her friend was returning home after watching movie, when they were picked up by a bus. The six accused, including a juvenile, gangraped the student in the moving bus and tortured her. They also beat up her friend and threw both of them out of the moving bus.

5 adult accused were identified and arrested. Names include Ram Singh, Mukesh Singh, Akshay Thakur, Vinay Sharma, Pawan Gupta and a juvenile who's name was not released in accordance to the law. While most of the accused were arrested in Delhi, Thakur was arrested in the Aurangabad district of Bihar.

Massive protests erupt in Delhi, despite prohibitory orders from the government.

Victim succumbs to her injuries, 3 days after being brought to Singapore's Mount Elizabeth Hospital.

Fast track court inaugurated by then-CJI Altamas Kabir to speed up the trial.

Ram Singh, the main accused dies in prison. Prison officials claim he committed suicide, while Singh's family and lawyer suggest that he may have been murdered.

Juvenile accused is convicted by Juvenile Justice Board for gangrape and murder. Three years at probation home awarded as punishment.

After 1.5 years of silence on the case, hearings begin in the Supreme Court.

Supreme Court rejects mercy pleas by 3 of the 4 accused.

Delhi Court issues death warrant for the hanging of the four remaining adult convicts. Execution to take place on January 22, 2020. Convicts' lawyer responds by stating that his clients would file a curative petition.

Petition filed by convict Pawan Gupta on the rejection of his mercy plea by the President, seeking stay on the execution. Petition dismissed by Supreme Court.

2012 Delhi gang-rape case: Supreme Court begins hearing in the petition of death row convict Pawan Gupta against rejection of his mercy plea by the President and seeking stay on execution. pic.twitter.com/SG90b6jYrD