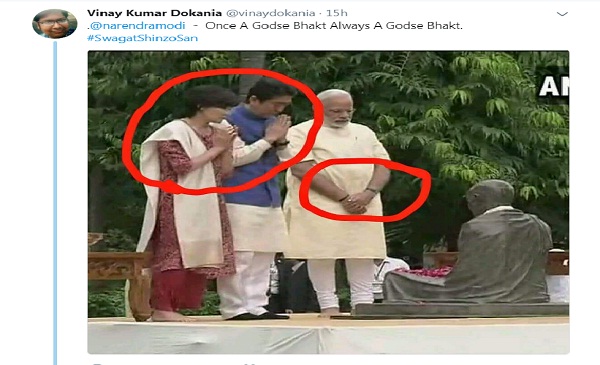 Vinay Kumar Dokani, whose Twitter bio says he is the national coordinator of the social media team of the Indian Youth Congress tweeted an image implying Prime Minister Narendra Modi had refused to join his hands while paying tribute to a statue of Mahatma Gandhi at Sabarmati Ashram on Wednesday.

This even as Japanese Prime Minister Shinzo Abe and his wife Akie Abe can be seen in the photograph joining their hands.

Dokania also made a reference to Nathuram Godse who assassinated Gandhi in 1948.

However, other photographs from a different angle and video footage carried by news channels show that was clearly false. 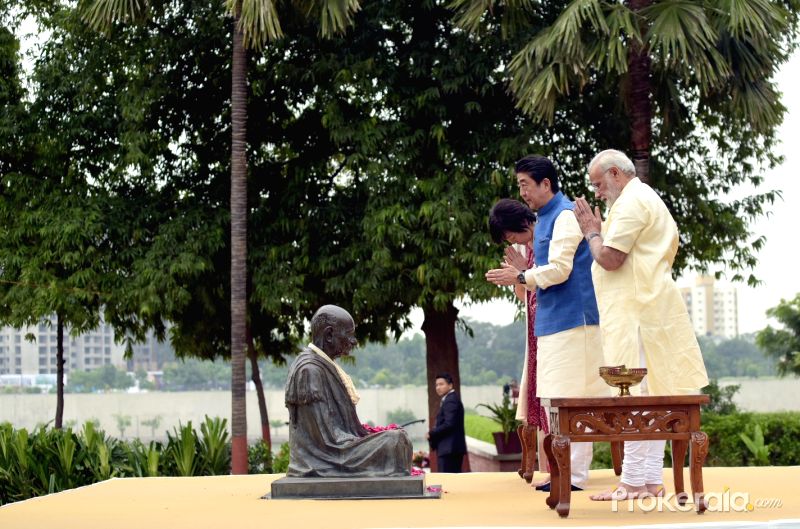 Prime Minister Narendra Modi and his Japanese counterpart laid the foundation stone of the ambitious Ahmedabad-Mumbai high-speed rail project on Thursday. Shinzo Abe is on a two-day visit to India.