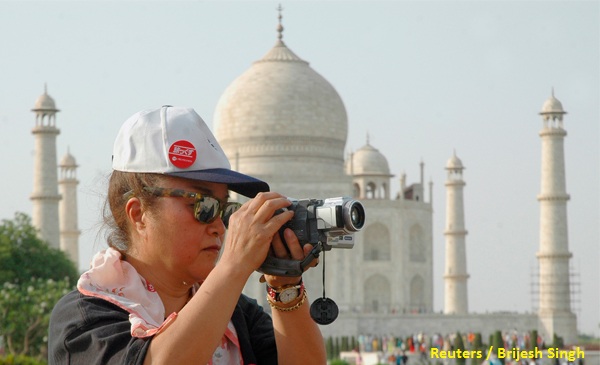 ‘India saw a 15 % increase in foreign tourist arrivals’, reported several news sites. The source of the information was a PIB release from August 16, 2017.

This was the case with a Business Standard article which reported– ‘India sees over 15% growth in foreign tourist arrivals thanks to e-visa’.

Has the launch of e-visa prompted the increase in FTAs?

E-visa introduced in November 2014 enables tourists to apply for a visa online. The tourist receives an authorization email to be produced at the immigration check point.

BOOM in June 2017 fact checked an infographic shared by Minister Ravi Shankar Prasad and reported that there is not sufficient data to claim that increase in FTAs is as result of the launch of E-visa.

BOOM checks if the growth of FTAs can be attributed to e-visa with data available till July 2017. 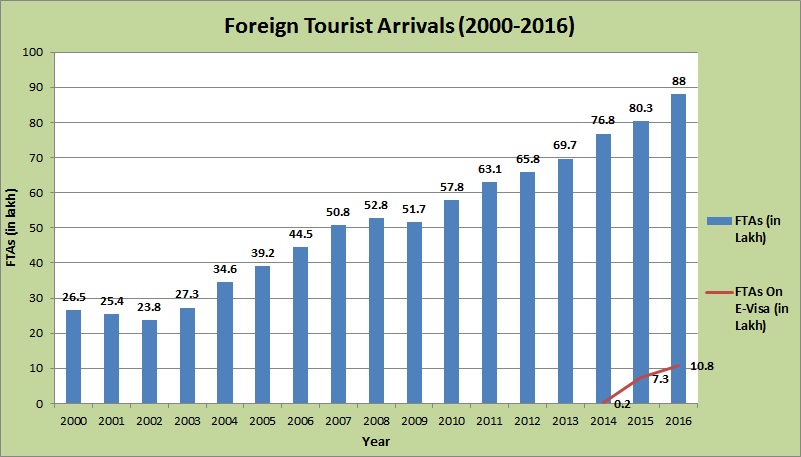 Though the share of FTAs on e-visas has increased since its inception in 2014, total FTAs though have increased, did not see a significant jump distinct from previous years.

How has e-visa fared in Top 15 source countries of FTAs?

NOTE 1: Till 2016, e-visa scheme has not been extended to Nepal, Bangladesh, Afghanistan and Pakistan. As of now, nationals of 162 countries can avail the e-visa facility. Click here for the list.

NOTE 2: Country wise data for the year 2017 is not yet available.

We see that Bangladesh without being extended the e-visa facility contributes the highest FTAs as of 2016.

Though tourists from US and UK (2nd and 3rd highest FTAs) have increasingly availed e-visa facility, we do not see a significant jump in FTAs.

Have FTA’s increased from countries who avail e-visa facility the most?

As per the August press release, the top 10 countries that use e-visa facility the most are – UK, USA, UAE, France, Oman, China, Spain, Korea, Germany and Australia.

Chart 03: Growth of FTAs in Top Countries availing E-visa facility the most

Growth of FTAs in China, Korea, Germany and Australia have accelerated since 2015 (post launch of e-visa). Oman has seen a clear decline. UK and USA (among the highest contributers of FTAs) have not accelerated in a significant manner, while France, UAE and Spain have seen increase in 2016.

This shows that there is not a definite and uniform pattern of growth in FTAs in these countries, post the launch of e-visa. The reason could be that the impact of e-visa is country specific or multiple factors determine the growth of FTA’s.

Though both FTAs and FTAs on e-visa have increased, the data do not establish a clear causative link between increase in FTAs and e-visa.

While e-visa is definitely a great step towards easing visa application and attracting more tourists, it is not the sole determinant of FTAs.