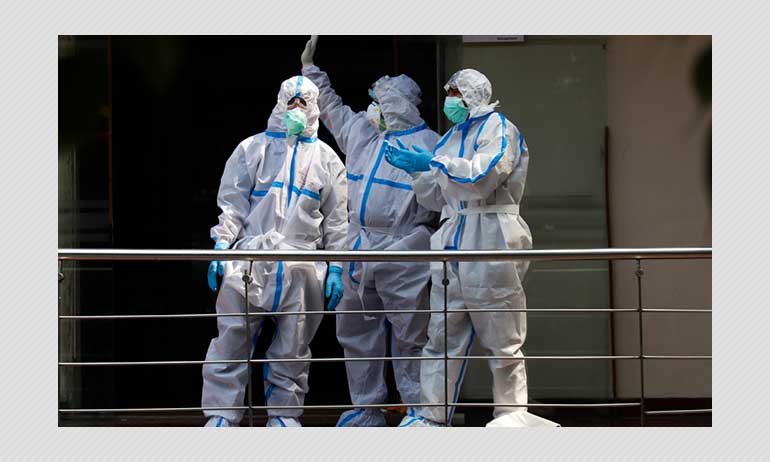 India has overtaken Brazil to become the second-worst affected nation with 42,04,613 COVID-19 cases, in the last 24 hours.

It took Brazil 195 days to reach this total while India took 222 days. US still occupies the top position in both the number of cases and deaths.

The infogram below shows the trajectory of the spread of COVID-19 in both these nations.

On the other hand, India's ascent to the first million took over 169 days but the subsequent three came within 22, 16, and 13 days.

India's daily count of cases is now surpassing the total number of cases reported by China, where the virus originated.

In terms of mortality, India has performed better than Brazil. Even though India has been reporting around 1024 deaths on an average daily for the past week, the number of deaths reported in Brazil are higher. Brazil has reported 1,26,650 deaths so far while India has reported 71,642 deaths.

The heads of both the BRICS nations adopted different approaches to tackle the virus. The Brazilian president Jair Bolsonaro downplayed the virus, even after he tested positive on July 7. He has continuously criticised lockdown measures and suggested that the economy of the Latin American nation is more important. The Brazilian economy contracted by 9.7% in the second quarter and decreased by 11.2% when compared to the same period last year taking it back to what it was in 2009, reported Al Jazeera. The spread of the virus is slowing down in the country as its daily new cases keep fluctuating between 16,000- 50,000.

Indian Prime Minister Narendra Modi announced a lockdown when the spread of the virus was at the nascent stage but later steadily unlocked the country which has led to a surge in cases. The Indian economy contracting by 23.9% with the rapid increase in cases has led to the government announcing many unlocking reforms. He, however, has been requesting the citizens to follow lockdown, social distancing, and personal hygiene measures diligently.