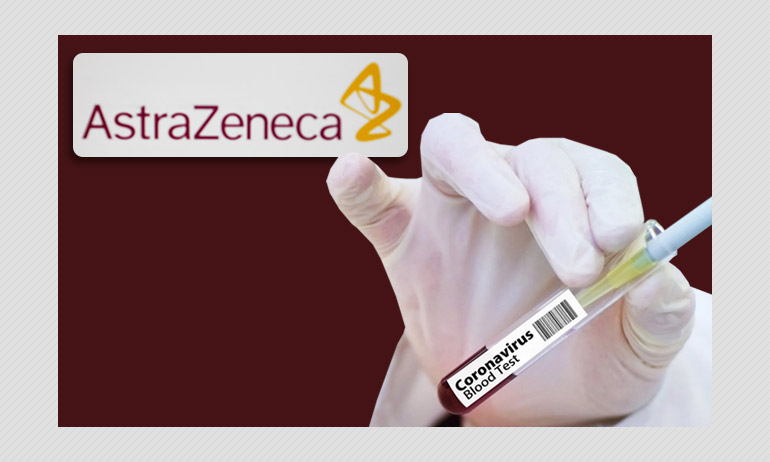 Drugmaker AstraZeneca has halted the Phase II/III trials of its COVID-19 vaccine after one participant reported adverse reactions. The vaccine created by University of Oxford is one of the front-runners in the race for developing and distributing a safe and effective vaccine against COVID-19.

AstraZeneca has not elaborated on what exactly the 'adverse reaction' is.

The news was first reported by STAT news.

BOOM reached out to AstraZeneca separately. In a statement, the company said that it was voluntarily stopping its trials and was investigating whether the adverse reaction was a side effect of the vaccine. It maintained that the company was ensuring to uphold the integrity of the trials.

India's Drug Controller General issued a show-cause notice to the company after it stated that trials will not be halted in India. The DCGI questioned why the company had not chosen to share the adverse reaction development with the body. Following this notice, the company issued a new statement saying it was halting trials.

"We are reviewing the situation and pausing India trials till AstraZeneca restarts the trials. We are following DCGI's instructions and will not be able to comment further on trials. You can connect with DCGI for more updates on this front," read the statement

In India, Serum Institute of India is conducting trials on 1,600 participants at 17 sites. BOOM contacted the company about the next steps as the Data and Safety Monitoring Boards at AstraZeneca will be conducting a safety review.

"We can not comment much on the UK trials, but they have been paused for further review and they hope to restart soon. As far as Indian trials are concerned, they are continuing and we have faced no issues at all," said in its earlier statement

AstraZeneca also said that in trials as large as the ones that the company was conducting, participants do sometimes become sick by chance "but must be independently reviewed to check this carefully." An expediated review process is being followed to minimize any potential impact on the trial timeline," it said.

The company, however, has neither provided details about the suspected adverse condition nor divulged the country where the participant was based. The participant is expected to recover. Sources told New York Times that it is likely that the participant who was a part of the Phase II/III trials in UK showed symptoms of inflammation in the spinal cord(transverse myelitis). AstraZeneca plans to review whether these symptoms were directly linked to the time the participant was inoculated with the vaccine.

Although pausing trials to study and review unexplained reactions during vaccine development is a routine measure, the current raging pandemic has put all the vaccine candidates under the limelight. Experts all around the world are closely tracking the steps followed by every vaccine candidate as the total number of COVID-19 crosses 27.5 million while the deaths stand at 8.5 lakhs, globally. This voluntary pause could impact the vaccine receiving emergency use authorization from various drug regulatory bodies across the world.

To understand how this impacts the race for a vaccine against COVID-19, watch the video below.

Why is AZD1222 considered a frontrunner

In July, scientists from the University of Oxford published their Phase I/II trial findings in the Lancet. The findings showed that of the over 543 participants that received the vaccine, none of them developed any serious adverse reactions.Some participants were asked to consume paracetamol before being administered the vaccine in the two of the five locations. The researchers reported local and systemic side effects such as pain, feeling feverish, chills, muscle ache, headache, and malaise that were reduced by the prophylactic paracetamol./

What is the AZD1222 vaccine

The AZD1222 vaccine developed by scientists at the Jenner Institute at the University of Oxford is an inactivated chimpanzee adenovirus which carries a gene from the SARS-CoV-2 virus into the person's body to elicit an immune response. Adenoviruses are a family of viruses similar to the coronavirus. This virus has been killed and genetically manipulated under laboratory settings to act against SARS-CoV-2.

Many vaccines have used adenoviruses to generate immunity against many diseases but none have been approved for use, so far. Even the Russian vaccine, the vaccine created by CanSino in China and Janssen- the pharmaceutical arm of Johnson and Johnson group of companies are also using adenovirus as vectors for their respective vaccines.

AstraZeneca tied up with Oxford for the mass manufacture of the vaccine. It has further struck deals with Coalition of Epidemic Preparedness Initiative, Global Alliance for Vaccines and Immunizations, Serum Institute of India, Albany Molecular, Catalent, Emergent Biosolutions along with others to produce over 2 billion doses of this vaccine.

Note: This story has been updated after Serum Institute Of India issued a new statement saying it would halt the vaccine trials after receiving a notice from the DCGI