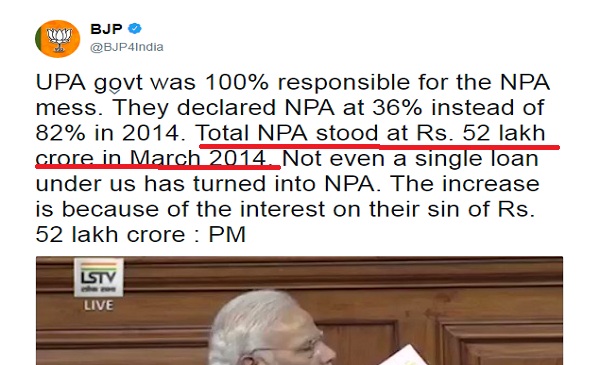 Replying to the debate on the Motion of Thanks to the president's address, the PM launched a scathing attack calling the NPA mess gripping banks as 'paap' or the sins of the Congress party.

The prime minister said that due to indiscriminate lending, total lending of banks was Rs. 18 lakh crore in 2008 and it rose to Rs. 52 lakh crore in 2014, under the Congress' watch.

UPA govt was 100% responsible for the NPA mess. Not even a single loan under us has turned into NPA : PM Shri @narendramodi pic.twitter.com/Ri6wuI8bYf

However, BJP's tweets in Hindi and English said that NPAs (and not gross advances) in 2014 were Rs. 52 lakh crore. 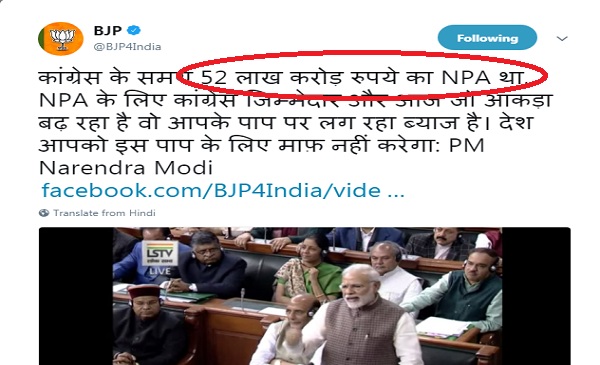 An infographic tweeted by the BJP's twitter handle show how the previous two tweets do not match. 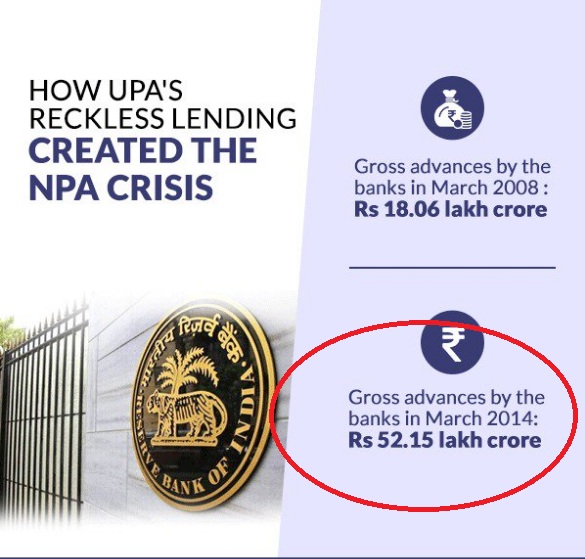 The graphic is part of four info-graphics tweeted by the BJP.

See how Bank NPAs was the biggest scam of the UPA government, which Modi govt is trying to solve. pic.twitter.com/I2NO1KNHy6

The erroneous tweet was promptly lapped up by social media. 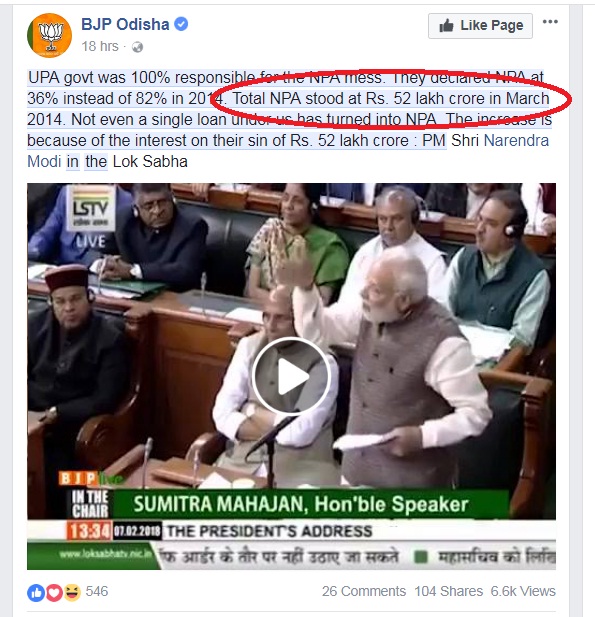 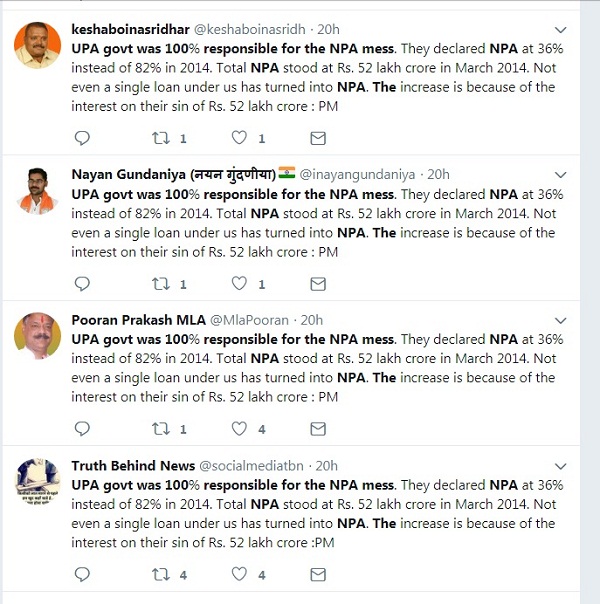 The prime minister also accused the previous administration of providing incorrect and misleading statistics. The PM said UPA leaders had pegged stressed assets identified as NPAs in 2014 at 36 percent, but these had turned out to be 82 percent.

However, from the PM's speech it is not clear whether the 82 percent refers to the year 2014 or 2017. Turns out we were not the only ones who were confused. The now deleted tweet from BJP's handle said it was in 2014. (Click here to view the archived tweet) 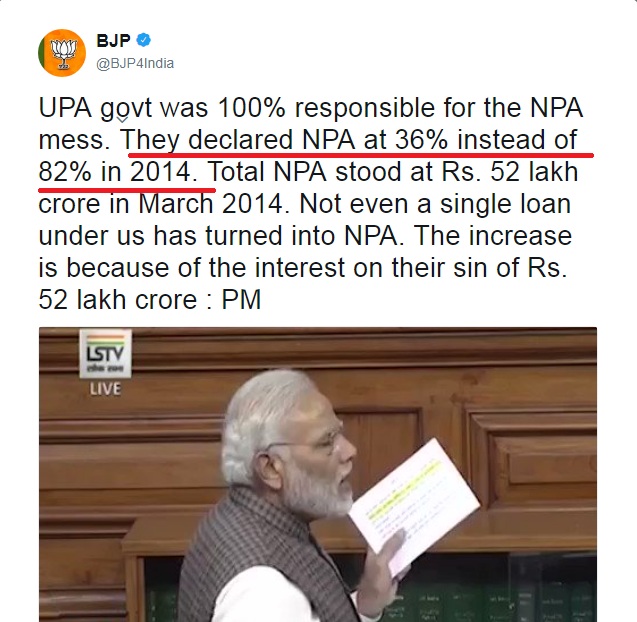 However, the infographic said percentage of stressed assets identified as NPAs in June 2017 was 82 percent. 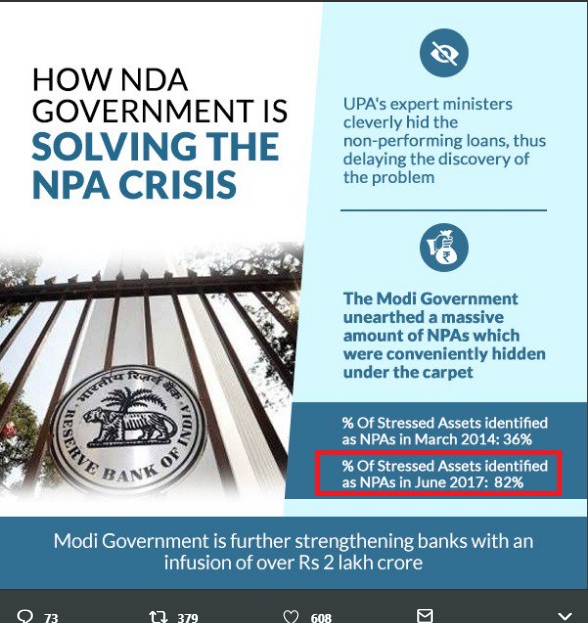 (This story has been updated to add copy pasted tweets)