A film titled "Plandemic: Indoctornation" that is spreading online spins a conspiracy theory that the coronavirus pandemic ravaging countries around the globe was planned. It makes unfounded claims, including that the deadly virus was designed in a lab and global health leaders knew the crisis would occur, and also seeks to stoke fears about vaccines.

Social media companies are working to limit the spread of the slickly-produced film, which was released on August 18, 2020 and is part of a trend of inaccurate information about the novel coronavirus that has spread on the internet for months, sowing fear and falsehoods about a virus that has killed more than 778,000 people since it emerged in China in late 2019. 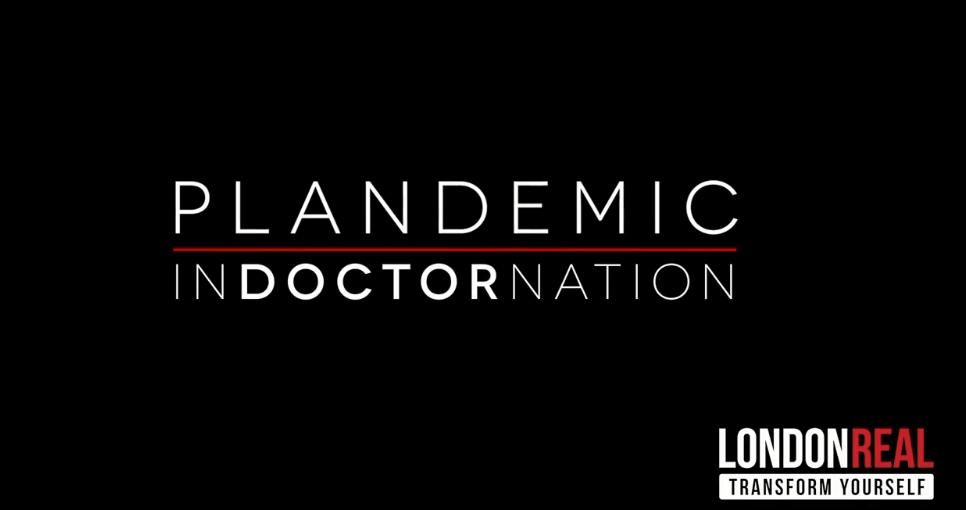 A screenshot taken on August 18, 2020 shows the title of the "Plandemic: Indoctornation" film

In support of the film's central claim that the coronavirus is part of a plan, Dr Meryl Nass argues that the virus is man-made.

"Early in this pandemic, I did not think the coronavirus was a natural occurrence from bats. I feel quite convinced that this was a laboratory-designed organism," Nass says.

In February 2020, more than two dozen public health scientists issued a statement in medical journal The Lancet saying: "We stand together to strongly condemn conspiracy theories suggesting that COVID-19 does not have a natural origin."

"Scientists from multiple countries have published and analysed genomes of the causative agent, severe acute respiratory syndrome coronavirus 2 (SARS-CoV-2), and they overwhelmingly conclude that this coronavirus originated in wildlife," they said.

A team of scientists led by Shan-Lu Liu of The Ohio State University also concluded that there is no "credible evidence" that the virus -- officially known as SARS-CoV-2 -- was engineered in a laboratory, in research published on February 26.

And Dr Julian Leibowitz, an expert in coronaviruses who is a professor of microbial pathogenesis and immunology at Texas A&M's College of Medicine, has said of the claim: "This is wrong on so many levels."

"There is NO evidence that SARS-CoV-2 is a laboratory created virus," he said.

At another point, the film seeks to paint similarities between "Event 201" -- an October 2019 exercise simulating a pandemic -- and the subsequent coronavirus crisis as evidence that it was all part of a plan.

"Event 201 took place five months before COVID-19 was declared a pandemic. Participants in the event were some of the same people who are now deeply involved in the real pandemic -- and profiting from it as well," says Mikki Willis, the film's director.

David E. Martin, who is featured throughout the film, later says "the scenario we're supposed to accept" is "this is that wonderful universe of improbabilities where events just co-emerge and then nature conveniently backs itself into our architecture."

But Johns Hopkins University's Center for Health Security, which hosted the event in partnership with the World Economic Forum and the Bill & Melinda Gates Foundation, said that it did not predict the current outbreak, and was instead aimed at highlighting "preparedness and response challenges that would likely arise in a very severe pandemic."

The exercise's "About" page said: "In recent years, the world has seen a growing number of epidemic events, amounting to approximately 200 events annually."

"Experts agree that it is only a matter of time before one of these epidemics becomes global -- a pandemic with potentially catastrophic consequences."

The film also quotes Dr Anthony Fauci, the director of the US National Institute of Allergy and Infectious Diseases (NIAID), as warning of "a surprise outbreak."

He "knew as early as January 2017 that we would see an outbreak before the end of 2020," Willis says, implying that Fauci had specific prior knowledge.

But Fauci's full remarks make clear that it was a general warning that did not include a specific year.

"The history of the last 32 years that I've been the director of NIAID will tell the next administration that there's no doubt in anyone's mind that they will be faced with the challenges that their predecessors were faced with," Fauci said near the beginning of his remarks.

In addition to claiming that the coronavirus crisis was planned, the film also seeks to raise fears about vaccines that could help address it.

It includes a clip from CBS News in which Norah O'Donnell asks Bill Gates about the side effects from the Moderna COVID-19 vaccine candidate, which is currently in clinical trials, with the anchor saying that 80 percent of participants experienced a systemic side effect.

However, a systemic side effect is any adverse impact that is not at the injection site.

According to the National Institutes of Health, "None of the participants experienced serious side effects from the vaccine. However, more than half reported fatigue, headache, chills, or pain at the injection site. These symptoms were most common following the second vaccination and in those who received the highest vaccine dose."

AFP Fact Check previously debunked false claims about vaccine safety amid the accelerated timeline for development of a COVID-19 immunization.

The film -- which runs around one hour and 24 minutes -- is the sequel to a shorter video released in May 2020 that featured a discredited researcher who made a series of false and misleading claims about the virus. AFP Fact Check debunked it here.

Unlike the previous video, this film's release was announced, and it has been split into 16 parts to make it easier to spread on social media sites.

The film premiered on the "Digital Freedom Platform" of London Real, which was founded by Bryan Rose, who introduced it.

London Real's "About" page describes Rose as a former banker who started a podcast and ultimately built a media company featuring hundreds of interviews "as an antidote to the numbing effects of mainstream media."

Rose heavily promoted the film on Twitter prior to the start of streaming, and also claimed that there was a "MAJOR Brute Force Denial of Service Attacks" aimed at hampering its premiere.

The "Digital Freedom Platform" features the original "Plandemic" video, and also includes segments falsely claiming that social distancing and vaccines will make the coronavirus pandemic worse, and that face masks are ineffective and are being used to control the population.

Both masks and social distancing are recommended by US health authorities as a means of curbing the spread of COVID-19.

Social media companies are seeking to limit the film's spread.

"Given the previous Plandemic video violated our COVID misinformation policies, we blocked access to that domain from our services," a Facebook company spokesperson told AFP by email.

"This latest video contains COVID-19 claims that our fact-checking partners have repeatedly rated false so we have reduced its distribution and added a warning label showing their findings to anyone who sees it," the spokesperson said.

According to Twitter, the URL linking to the full video is being marked as unsafe, and parts of the video may violate the site's rules.

And according to YouTube, the site has seen little activity, but it is removing full versions of the video because it violates its policies on COVID-19 misinformation.

AFP Fact Check has debunked more than 600 examples of false or misleading information about the novel coronavirus crisis. A complete list of our fact checks on the topic in English can be found here.