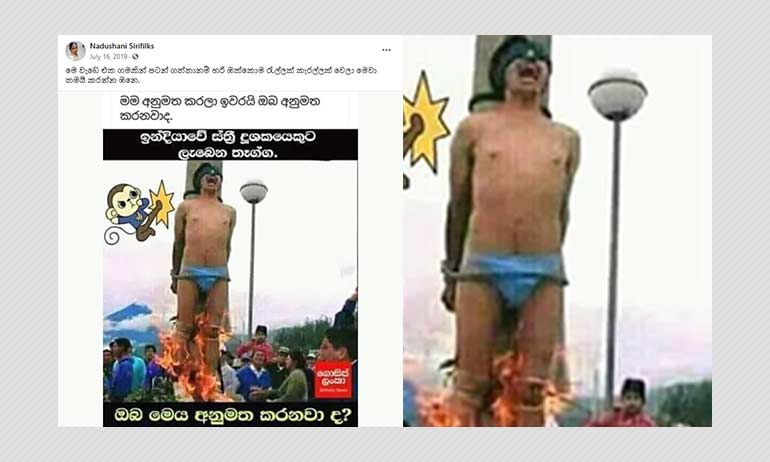 A photo has been shared hundreds of times in multiple posts on Facebook alongside a claim it shows a suspected rapist in India being tied to a pole and set on fire. The claim is misleading; the image is a 2006 Associated Press photo which shows a man in Ecuador being set on fire after being accused of stealing.

The Sinhala text superimposed in the image translates to English as: "I have approved, have you? / The gift given to a rapist in India". 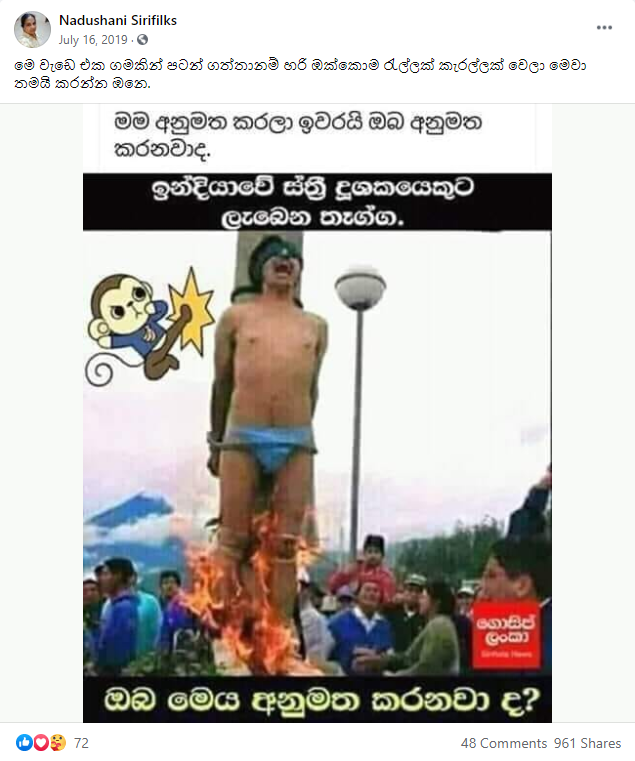 The post's caption translates to English as: "If this was done in one village, it will become a trend and everyone will follow".

The photo, however, has been shared in a misleading context. 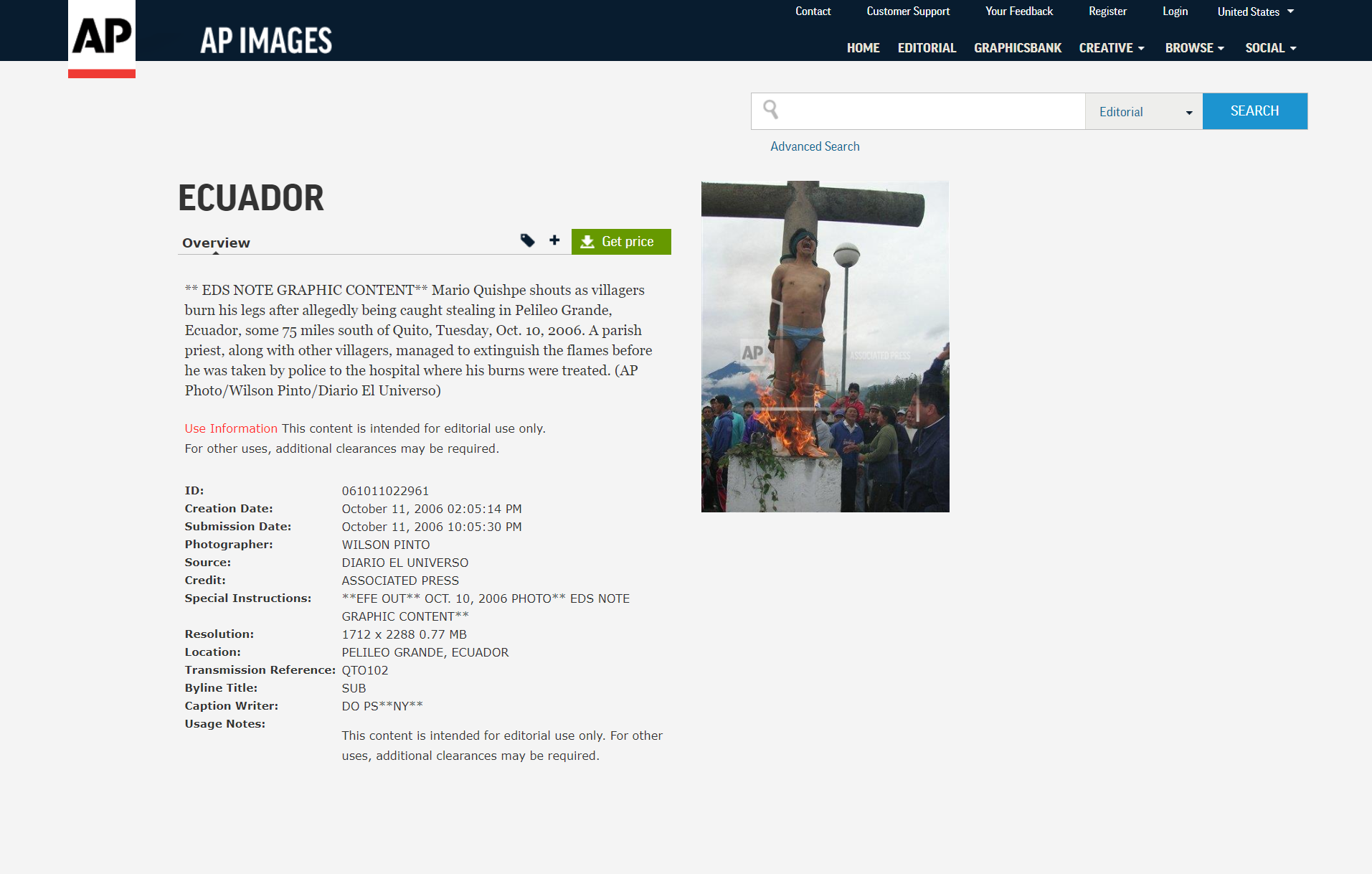 Screenshot of the photograph published on AP Images

The photo's description reads in part: "Mario Quishpe shouts as villagers burn his legs after allegedly being caught stealing in Pelileo Grande, Ecuador, some 75 miles south of Quito, Tuesday, Oct. 10, 2006. A parish priest, along with other villagers, managed to extinguish the flames before he was taken by police to the hospital where his burns were treated."

Other misleading claims about the photo were also debunked by AFP here in 2019.