A photo has been shared thousands of times in multiple posts on Facebook alongside a claim it shows Chinese billionaire Jack Ma as a child. This claim is false; the image has circulated in Chinese media reports since 2016 about an eight-year-old boy from east China's Jiangxi Province who is unrelated to Ma.

The photo was published here on Facebook on August 21, 2020. It has been shared more than 600 times. 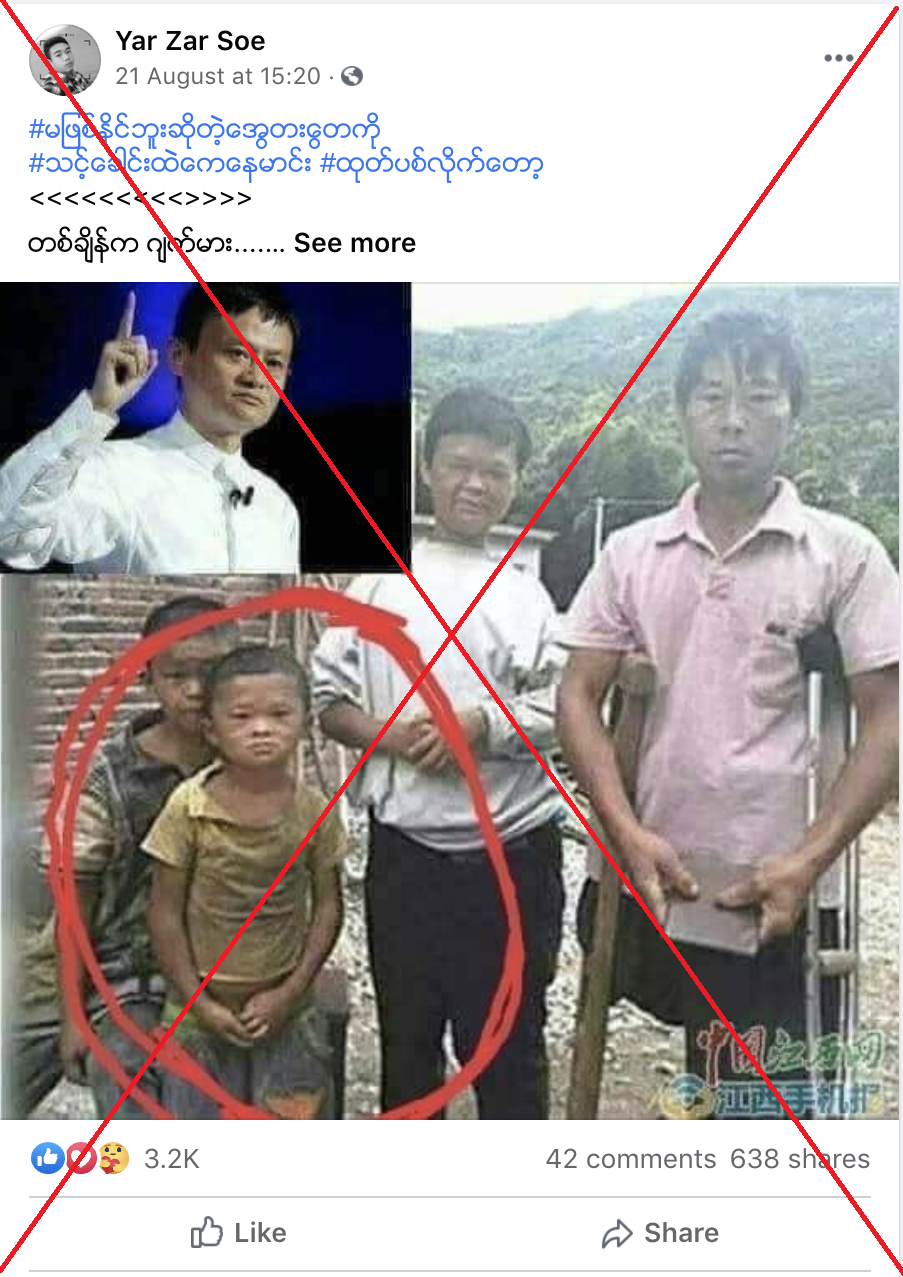 Part of the post's Burmese caption translates to English as: "Jack Ma a long time ago…How do we answer when someone asks: 'Is it possible for the poor boy in the picture to be the richest man in Asia in the future?' / Now everybody knows that he is the richest man in Southeast Asia."

Also Read: Did An Indian Health Minister Slap People For Not Wearing A Mask?

Jack Ma is the founder and former executive chairman of Alibaba Group, one of the world's largest e-commerce businesses. US business magazine Forbes names him the richest person in China, with a net worth of over $52billion.

The photo was also shared here, here, here and here on Facebook, alongside a similar claim.

A reverse image search on Google found the same photo published here in a November 14, 2016 report by China Daily, an English-language state-owned newspaper in China. 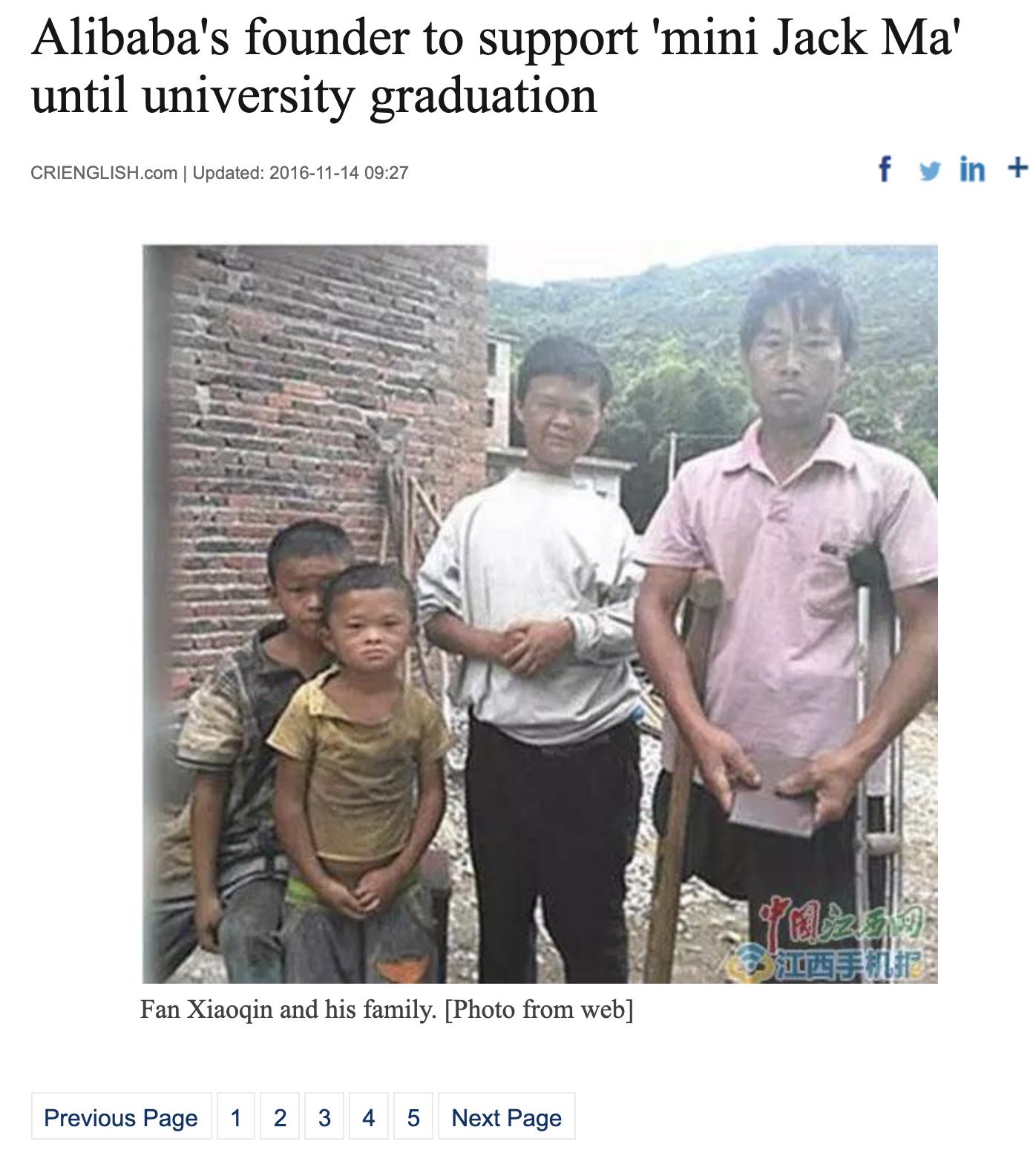 It reads, in part: "A young Jack Ma look-alike has won the heart of the founder of Alibaba Group, the real Jack Ma.

"Fan Xiaoqin or 'mini Jack Ma' is 8 years old and lives in Yongfeng County, east China's Jiangxi Province. His family circumstances are unfortunate as his mother has poliomyelitis, his father a missing leg and his grandma, Alzheimer's disease, reported jxnews.com.cn on November 13.

"Mini Jack Ma' came to fame after a villager posted a video of him online in 2015. The internet exploded in remarks over how similar the boy looked to Jack Ma." 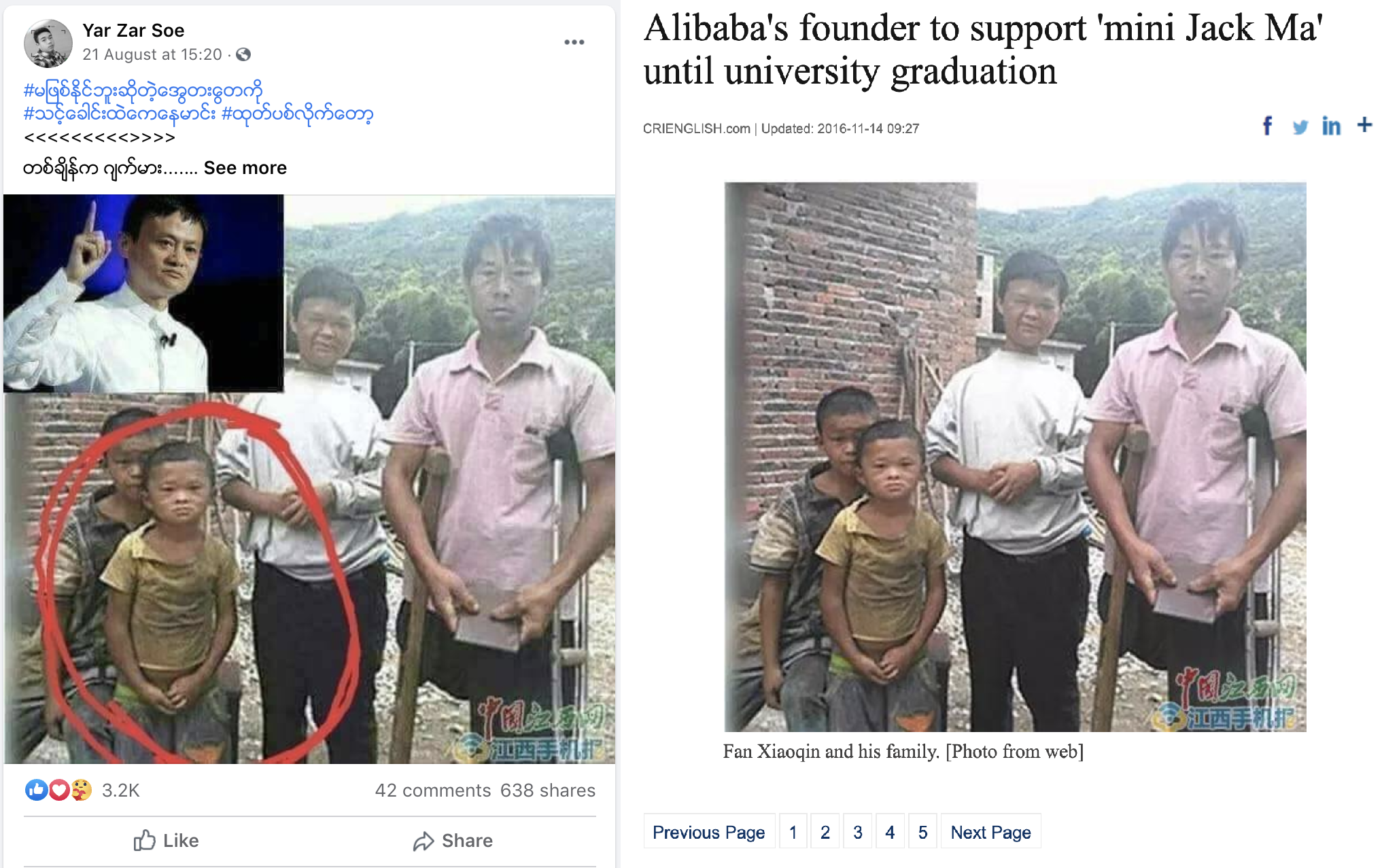 The photo was also published by other international media in 2016, including the Singapore-based The Straits Times here and India's The Hindu here, in reports about Ma's intentions to provide financial support to the child.

In this BBC report published in November 2016, however, it states that Alibaba Group denied the claim about Ma's donation to the child's education. It states : "All the news about Mini Jack Ma shouldn't be treated as a joke...To fund one child's education is easy, but in order to help millions of poor children, more resources need to be used."