Two photos have been shared repeatedly in multiple posts on Facebook alongside a claim they show protesters rallying in the French capital of Paris in October 2020 over the murder of a school teacher who was beheaded in a terrorist attack. The claim is false: the photos have circulated in reports since 2015 about the Charlie Hebdo terrorist attacks in Paris. 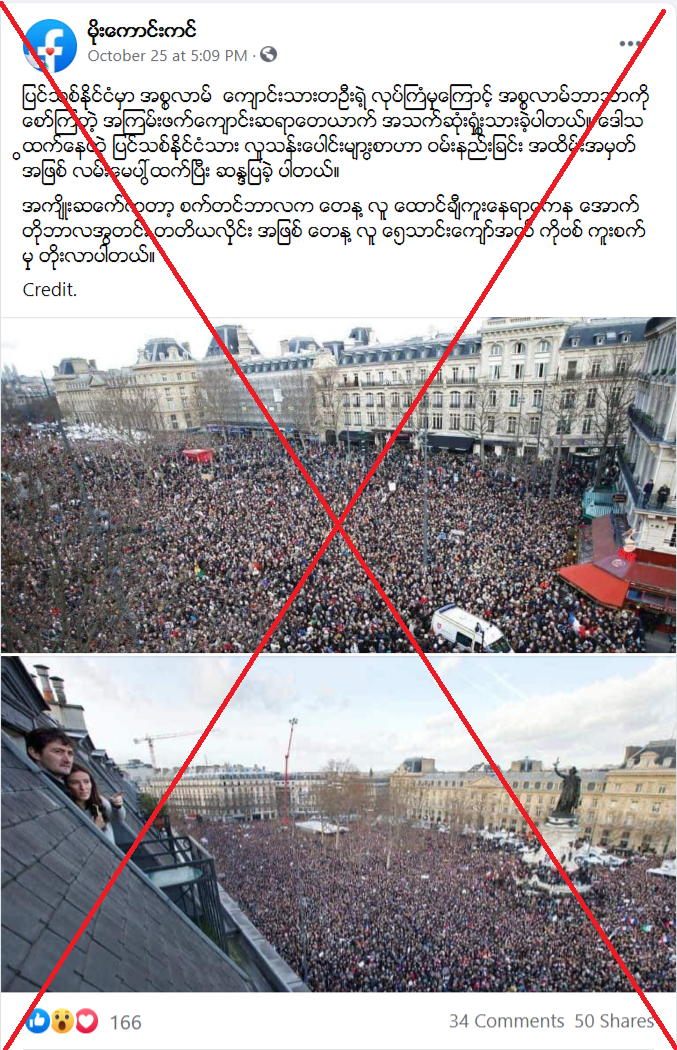 The post's Burmese-language caption translates to English as: "A teacher has been killed in France by an Islamic extremist student. Millions of angry French gathered in the street and protested to mourn. As a result, the number of (Covid-19) infections increased from thousands in September to more than 50,000 a day in the third wave in October."

History teacher Samuel Paty was beheaded close to his school in a Paris suburb on October 16, 2020 in an Islamist terrorist attack, AFP reported here.

Thousands of people gathered at the Place de la Republique on October 18 to pay tribute to Paty, France 24 reported here.

An AFP photo of the event can be seen here.

The photo caption reads: "A general view shows an ambulance surrounded by hundreds of thousands of people gathering on the Place de la Republique to attend the solidarity march (Rassemblement Republicain) in the streets of Paris January 11, 2015."

It also states: "French citizens will be joined by dozens of foreign leaders, among them Arab and Muslim representatives, in a march on Sunday in an unprecedented tribute to this week's victims following the shootings by gunmen at the offices of the satirical weekly newspaper Charlie Hebdo, the killing of a police woman in Montrouge, and the hostage taking at a kosher supermarket at the Porte de Vincennes. REUTERS/Charles Platiau (FRANCE - Tags: CRIME LAW POLITICS CIVIL UNREST SOCIETY)".

Below is a screenshot comparison of the photo in the misleading post (L) and the Reuters photo (R):

Another reverse Google image search found the second photo was published here in an Associated Press photo gallery. It states it shows thousands of people gathering at Republique square in Paris on January 11, 2015. 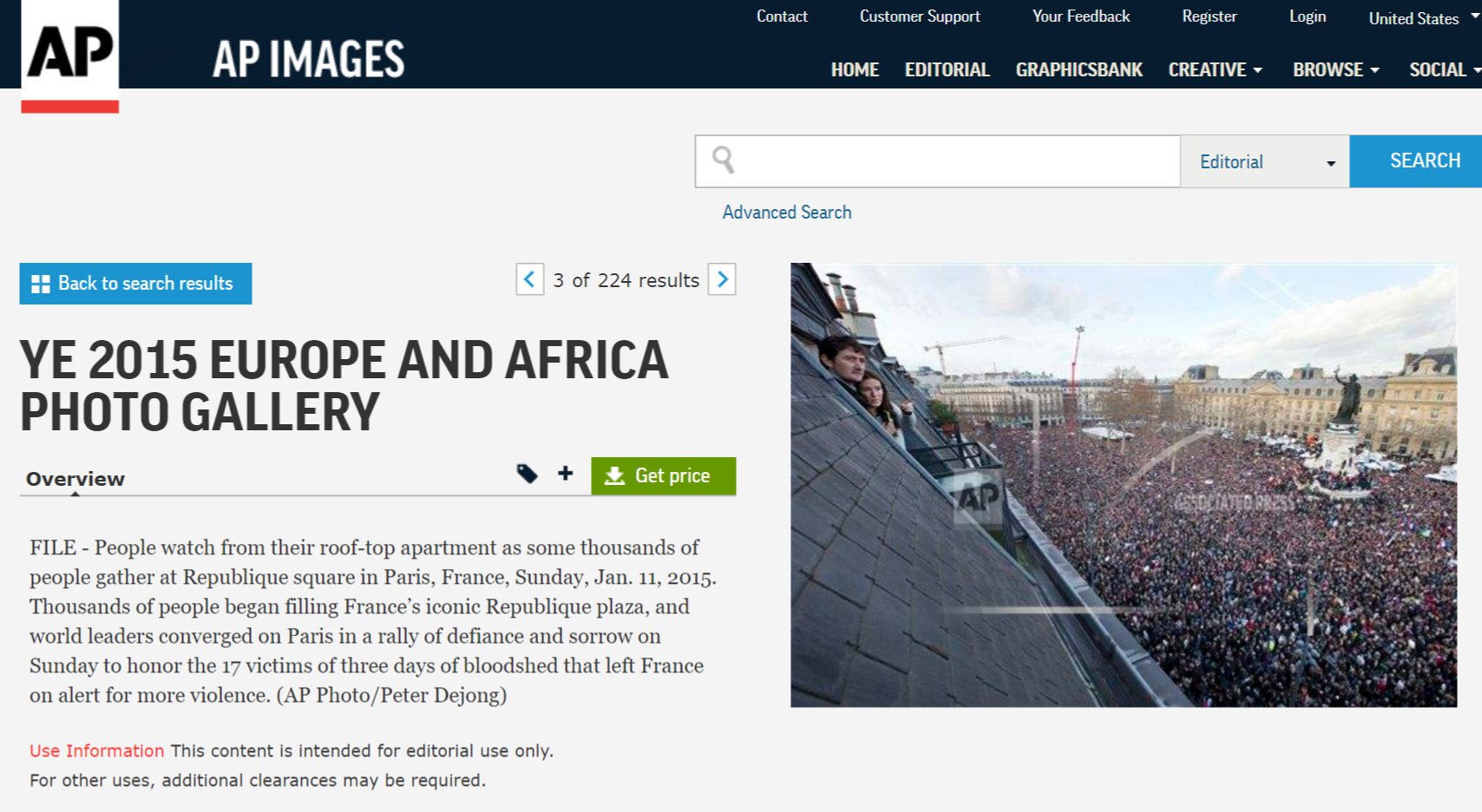 The photo caption reads: "People watch from their roof-top apartment as some thousands of people gather at Republique square in Paris, France, Sunday, Jan. 11, 2015. Thousands of people began filling France's iconic Republique plaza, and world leaders converged on Paris in a rally of defiance and sorrow on Sunday to honor the 17 victims of three days of bloodshed that left France on alert for more violence. (AP Photo/Peter Dejong)"

Below is a screenshot comparison of the photo in the misleading post (L) and the screenshot in the AP photo gallery (R):

The misleading posts also claimed that coronavirus cases "increased from thousands in September to more than 50,000 a day in the third wave in October" as a result of rally following Paty's death. This claim is misleading; whilst it is true that the number of daily confirmed coronavirus cases in France increased between September and October 2020, cases have only risen above 50,000 once as of October 28. There were 52,010 confirmed cases on October 26, according to World Health Organisation (WHO) data.

There have been no credible reports that the gathering in Place de la Republique on October 18 caused the rise in cases. In Paris, however, a strict curfew was implemented in mid-October in a bid to curb the spread of the virus, as reported by AFP here.

Meanwhile, French President Emmanuel Macron convened a crisis meeting with ministers on October 27, 2020, and is expected to announce fresh coronavirus restrictions for the country within the week. According to this AFP report, this may include an "extension of the curfew hours, possibly with a full lockdown on weekends, or else order targeted lockdowns for the hardest-hit regions".