A purported image of children with limb deformities has been shared hundreds of times in multiple Facebook posts published in 2020 alongside a claim it shows the aftermath of vaccine trials on Africans. The claim is false; the photo, taken in 1998 in the West African country Sierra Leone, actually shows unvaccinated children who contracted polio.

The image was posted by a New Zealand-based Facebook user here on June 30, 2020. The post has been shared more than 200 times. 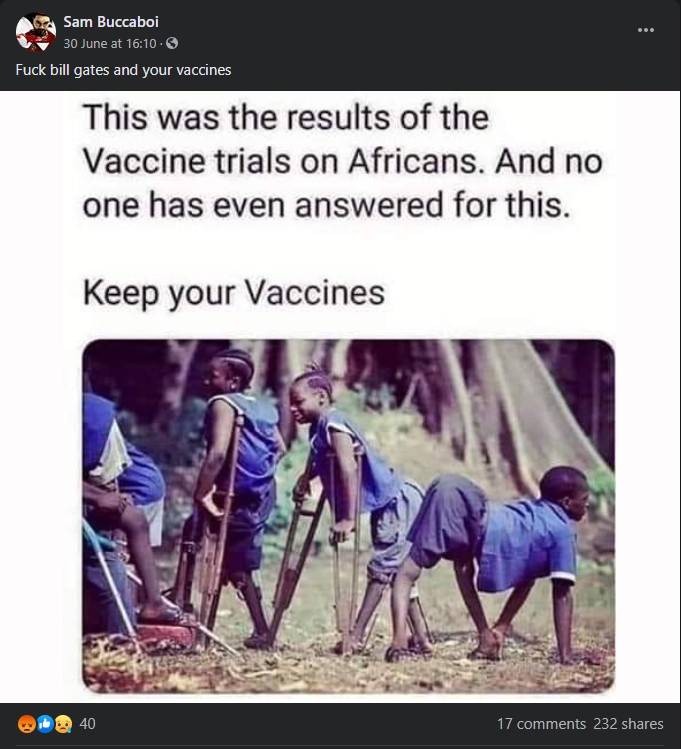 A screenshot of the misleading claim, taken on July 8, 2020

The text superimposed above the image reads: "This was the results of the Vaccine trials on Africans. And no one has even answered for this. Keep your vaccines".

AFP reported here that false claims targeting Gates, an advocate for vaccines, have gained traction since the beginning of the novel coronavirus pandemic.

A reverse image search on Google found an image showing similarly-dressed children in this photo collection titled "WAR ON POLIO". 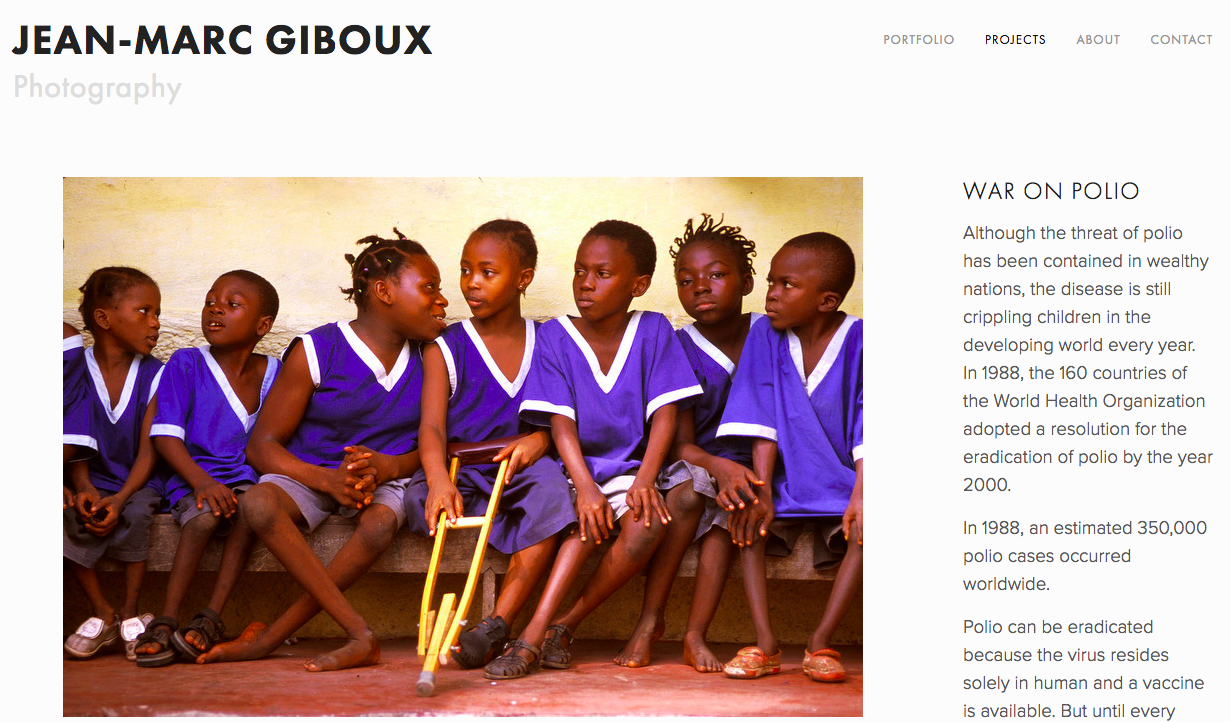 A screenshot of Jean-Marc Giboux's website, taken on July 8, 2020

The collection was published by French photographer Jean-Marc Giboux, who said he took the photo in the misleading posts in Freetown, the capital of Sierra Leone in 1998.

"I was documenting the polio vaccinations for WHO and these kids [featured in the photo] are polio victims, showing the effects of no vaccination against polio," Giboux told AFP in a July 7 email. "Since there was no place to get reconstructive surgery in Sierra Leone because of the civil war, they grew up with the consequence of polio, without any vaccination."

The World Health Organization (WHO) also said in a July 7 email that Giboux was on contract for the global health agency when he took the photo. Some of Giboux's work covering polio for the WHO is available online here.

Poliomyelitis, commonly known as polio, is an infectious viral disease that can attack the nervous system and cause paralysis. The disease "largely affects children under 5 years of age," according to the WHO.

Vaccines have been critical in stopping polio in many parts of the world, but children are still vulnerable to the disease in Sierra Leone.