A screenshot of a tweet purportedly sent by US President Donald Trump arguing that the Supreme Court rather than voters should elect the nation's leaders has been shared hundreds of times on Facebook. However, the tweet is fake and archives show Trump never tweeted such a message.

The screenshot has been shared more than 600 times on Facebook since September 24, 2020. Purportedly sent by Trump from his official Twitter handle @realDonaldTrump, the tweet reads: "Not fair for a president to leave office because of BAD votes! The Supreme Court should decide the presidency at every election. And the president should always be president because that's what the American people want!"

According to the tweet's timestamp, it was sent on September 23, 2020.

The caption in the Facebook post accompanying the screenshot reads: "In my wildest dreams I never through this is the way American democracy would end." 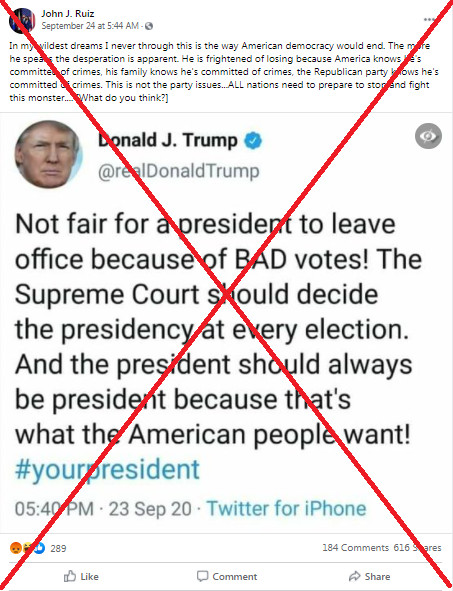 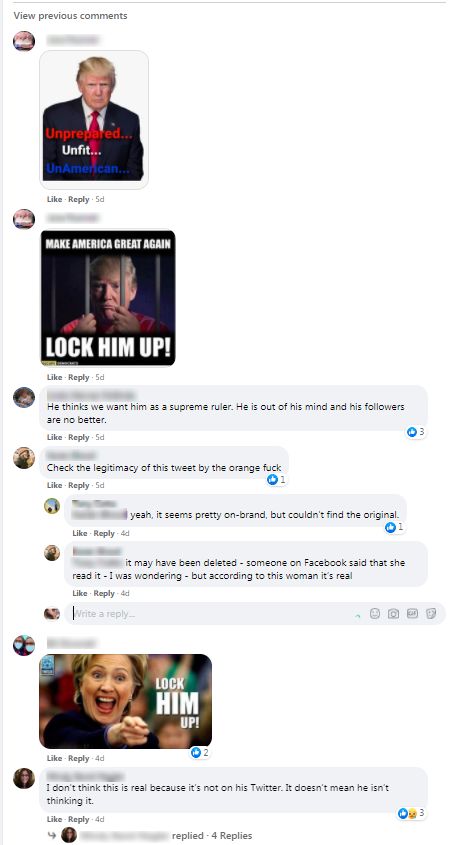 A screenshot of comments on the misleading post taken on September 29, 2020

While genuine tweets by Trump usually attract wide media coverage, a Google search reveals the only mention of the Supreme Court tweet is by fact-checking organisations debunking it.

A search on Trump Twitter Archive, a website that archives his posts, shows that while he tweeted and retweeted numerous times on September 23, 2020, none from that day resemble the screenshot.

A Google search with the term "trump supreme court should decide president" finds articles such as this CBS report that have Trump predicting that the Supreme Court judges would determine the president if there is a dispute in the outcome of the election.

And as reported by AFP, Trump nominated Amy Coney Barrett, a darling of conservatives for her religious views, to replace the late liberal justice Ruth Bader Ginsburg in a lifetime seat on the Supreme Court, potentially impacting some of the most partisan issues in America, from abortion to gun rights and health care.

Trump and Democratic presidential challenger Joe Biden met on stage on September 29, 2020, for the first of three televised debates. AFP Fact Check unpacked some of the claims made during the debate.