An image has been shared repeatedly in multiple posts on Facebook which claim it shows a new 1,000 rupees banknote in Sri Lanka. The claim is false; the 1,000 note was not redesigned in 2020, according to Sri Lanka's Central Bank.

The image was published on Facebook here on September 24, 2020.

The post's Sinhala-language caption translates to English as: "Look how beautiful it is" .

The text superimposed on the image reads: "How does the new Rs.1000 note look?" 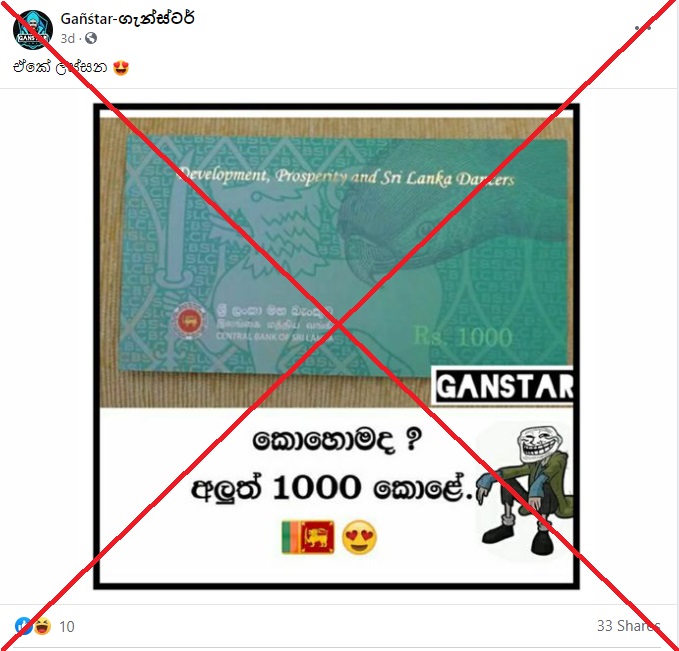 Sri Lanka's 1,000 rupee banknote was not redesigned in 2020, according to Sri Lanka's Central Bank.

The image in the misleading posts in fact shows a folder which encased a newly printed batch of 1,000 rupee notes.

The batch was presented to Sri Lankan Prime Minister Mahinda Rajapaksa on September 24, 2020, a spokesperson for the bank told AFP by phone on September 28.

This report published by Sri Lankan news site Newsire on September 24, 2020 also shows the governor of Sri Lanka's Central Bank presenting the prime minister with the new batch of banknotes. 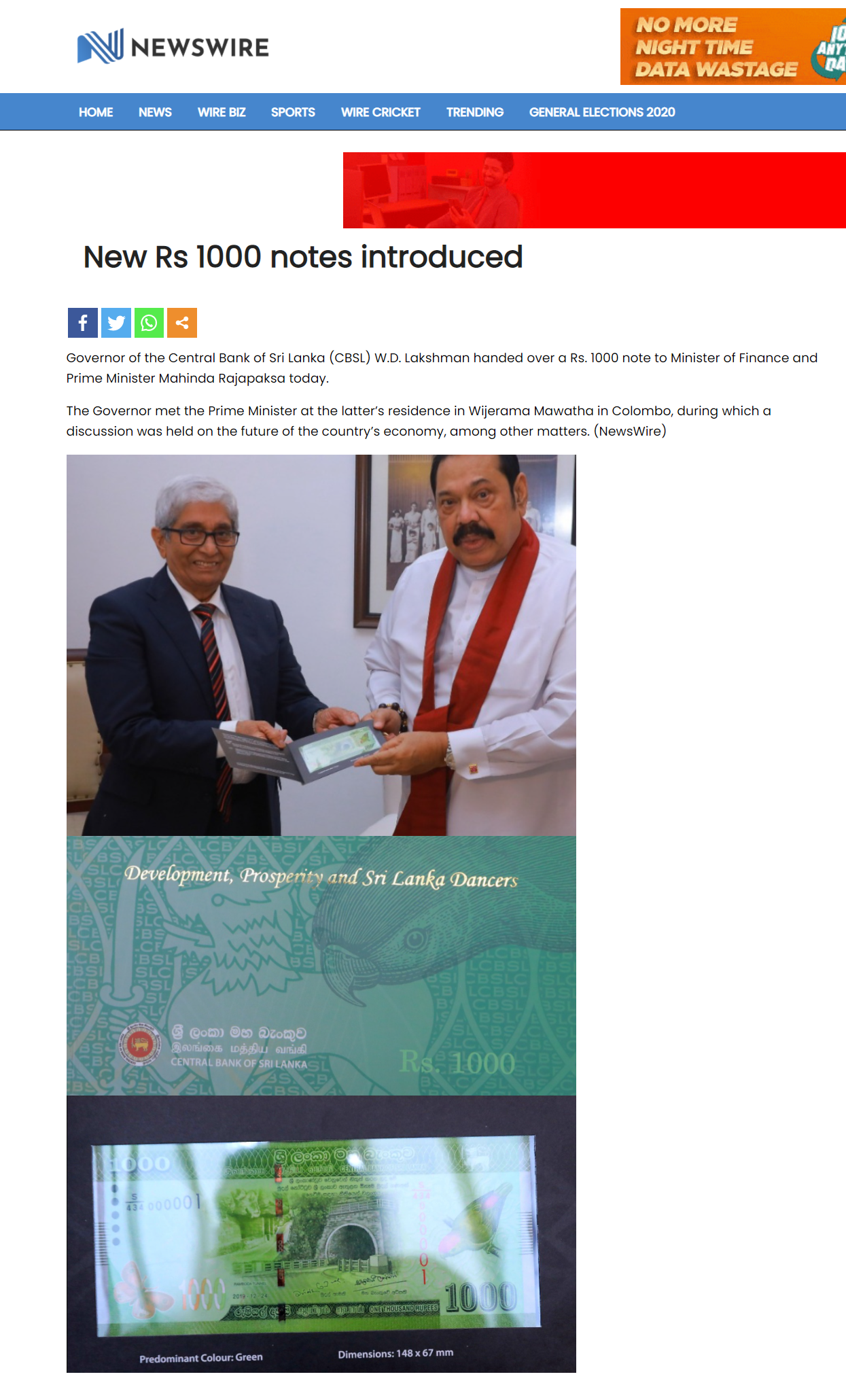 Screenshot of the news article published on September 24, 2020 on the introduction of newly printed Rs. 1000 notes.

The 1,000 rupee note's design pictured in the news report is identical to the one that has been in circulation since 2010, as shown here on the Central Bank's website.