A video of monkeys swimming in a pool has been viewed thousands of times on Facebook and Twitter alongside a claim it was filmed was shot in the Pakistani capital during a COVID-19 lockdown. The claim is false; the video actually shows monkeys enjoying a swim at an apartment complex in India during the COVID-19 lockdown.

The post's caption reads: "Monkeys were swimming in Marriott Hotel Islamabad Swimming pool during the Lock down !" 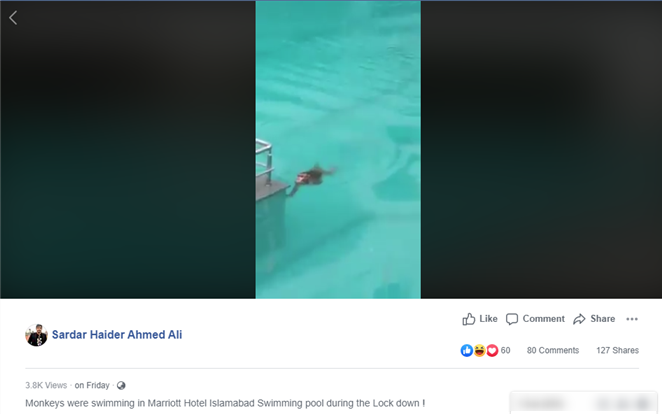 The claims are all false; the video shows a scene at an apartment complex in India.

In response to a seperate tweet that included the footage, a Twitter user stated the video shows monkeys swimming at an apartment complex in Hyderabad's Mettuguda, Secunderabad neighbourhood.

Below is one photo tagged to the apartment building's location on Google Maps by a Google user that show the same building and pool as seen in the misleading post: 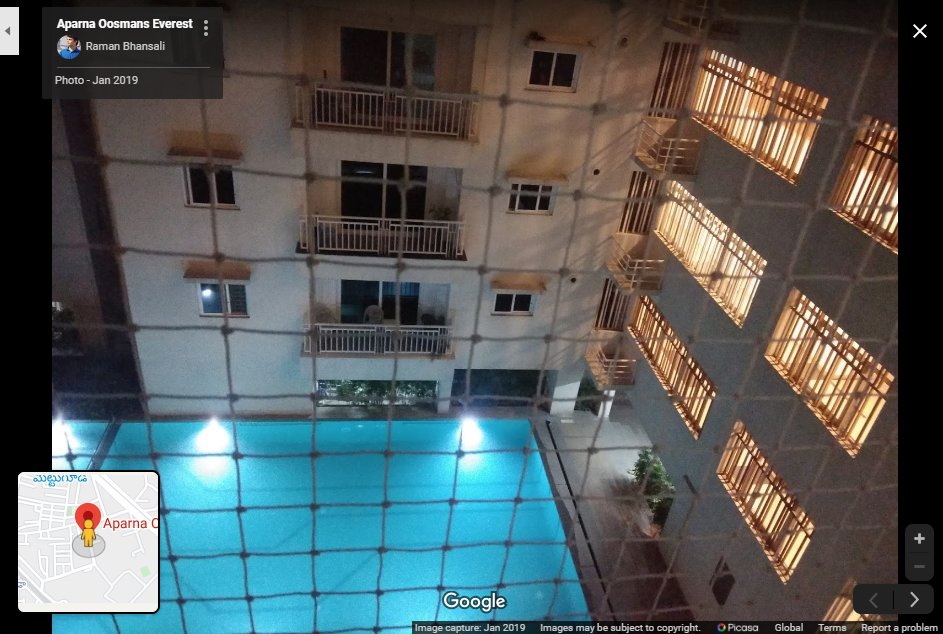 Below is a screenshot comparison of the video in the misleading Facebook post (L) and Google Maps photo (R) with matching features circled in red: The real estate company that manages the building, Aparna Constructions, also shared the video of monkeys swimming in the pool in their apartment block on Facebook here.

The post reads: "When humans are on #lockdown, nature takes over! Watch the video to see a special guest enjoying a relaxing swim in the pool at Aparna Osman's Everest. #COVID19India #AparnaConstructions."