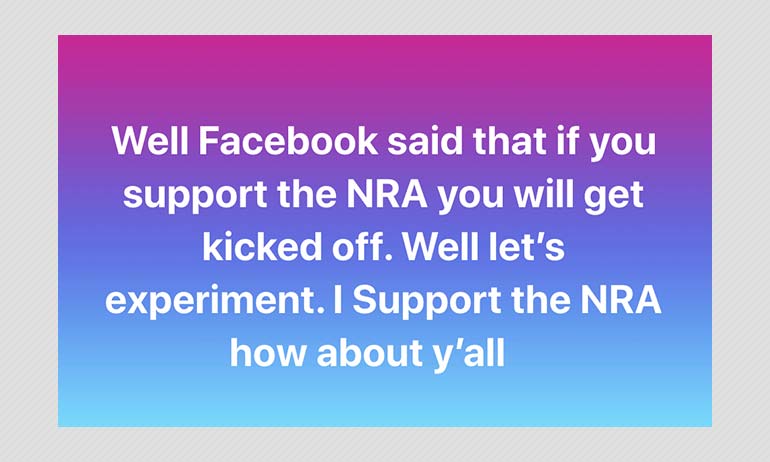 Facebook posts shared more than 200,000 times claim the social network will remove users who announce support for the National Rifle Association. This is false, a Facebook spokeswoman said such a statement would not violate its community standards, and the gun rights organization has maintained a public page on the site for years.

"Well Facebook said that if you support the NRA you will get kicked off. Well let's experiment. I Support the NRA how about y'all," reads a post shared June 29, 2020. 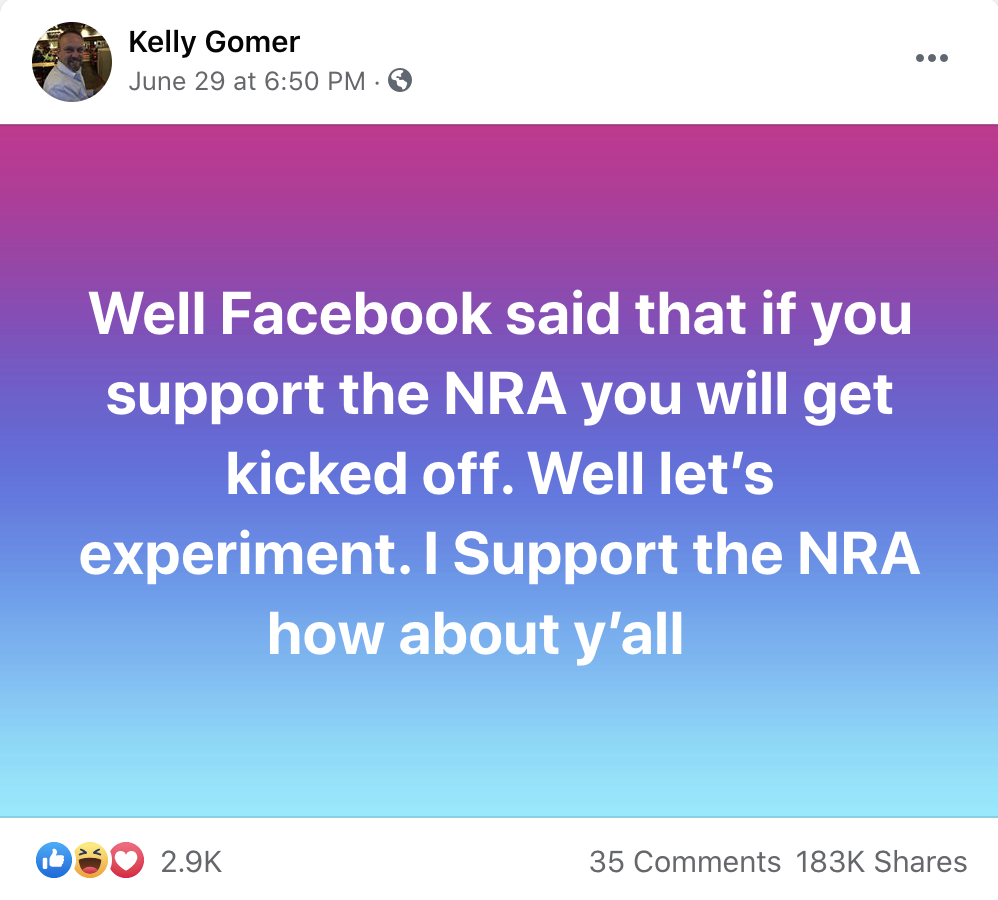 A Facebook company spokeswoman told AFP in an email: "The statement... is not true" and supporting the NRA "does not violate our community standards." 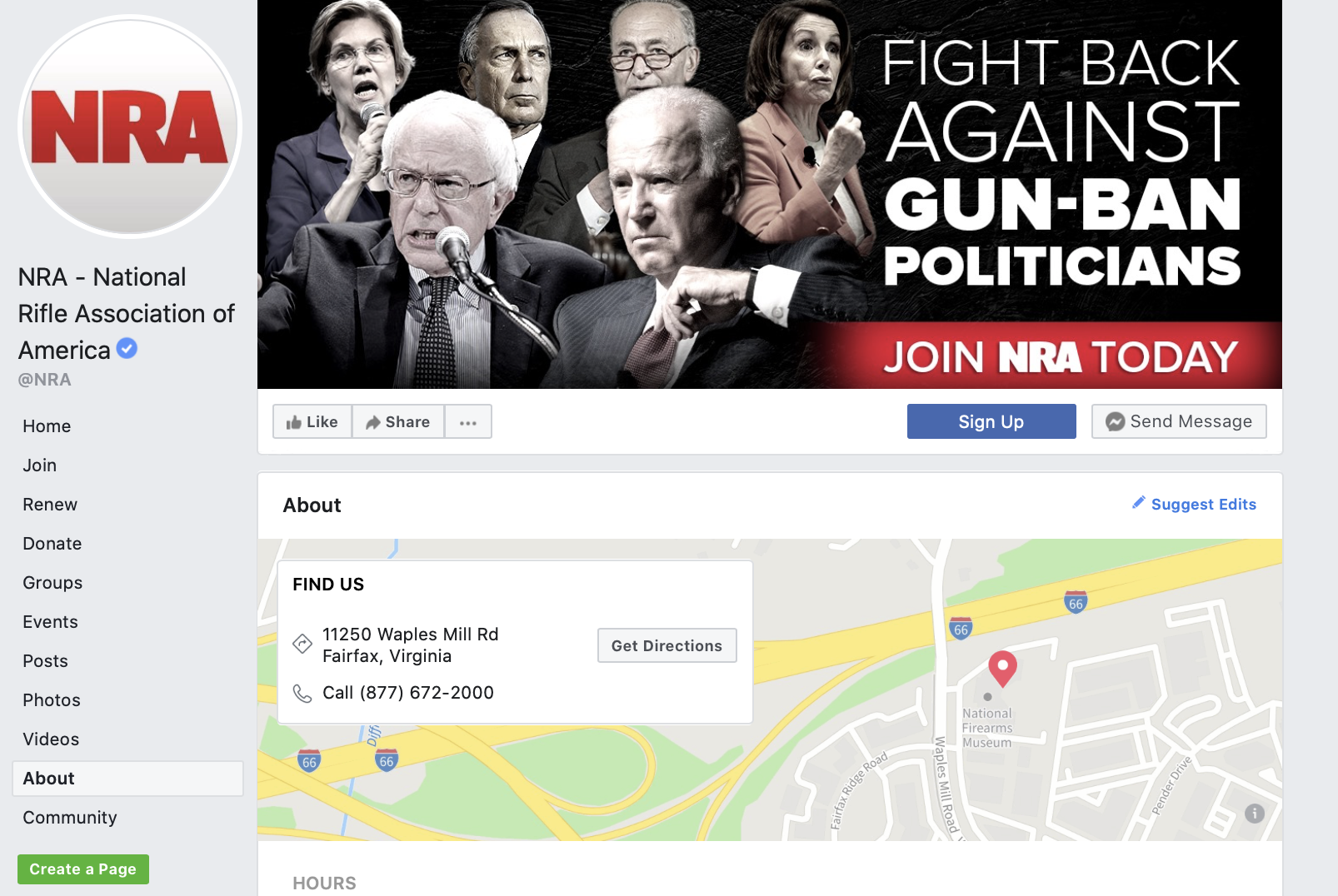 Facebook's community standards are available here, and searching the regulations for the terms "NRA" and "National Rifle Association" yielded no results.

However, "the purchase, sale, gifting, exchange, and transfer of firearms, including firearm parts or ammunition, between private individuals on Facebook" is prohibited, according to the Regulated Goods section of the rules.