A photo of an inoculation has been shared hundreds of times in multiple social media posts that claim the persistence of the flu despite decades of vaccine use shows that vaccines are ineffective. The claim is misleading; the photo is related to the polio vaccine; health authorities say flu vaccines have prevented millions of illnesses and thousands of deaths, and an annual shot is needed because flu viruses constantly change and immunity to the disease declines over time.

The image has been shared almost 200 times since it was posted to Facebook here on September 24, 2020. 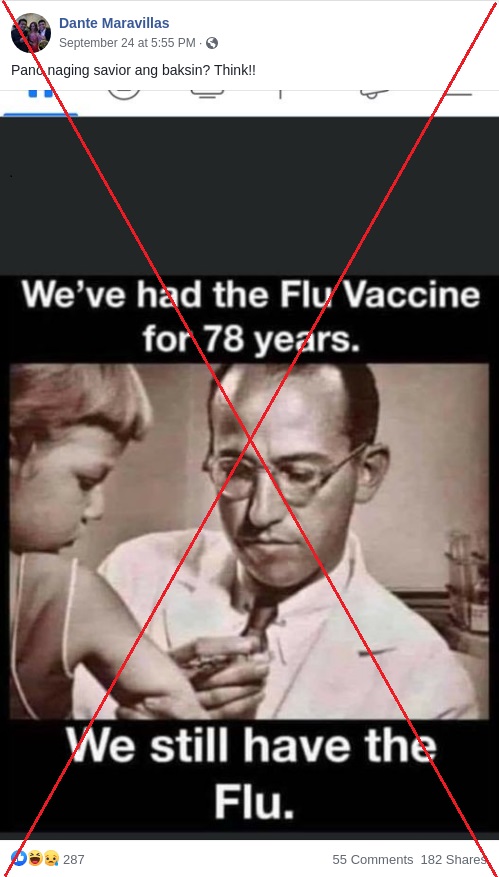 A screenshot of the misleading post, taken on October 12, 2020

The photo's text overlay reads: "We've had the Flu Vaccine for 78 years. We still have the Flu."

The post's caption reads: "How come vaccines are thought of as the savior? Think!!"

Also Read: No, Getting The Flu Vaccine Does Not Lead To COVID-19

Reverse image and keyword searches on Google found that the photo in the image relates to the polio vaccine, not the flu vaccine.

The photo was published here by The Smithsonian Institution, a major US organization of museums and research centers, and shows Jonas Salk, the American virologist who developed the first effective vaccine against polio.

The photo, dated 1956, is captioned in part: "With his development of the first safe and effective vaccine against polio, virologist Jonas Salk became a hero to millions. In the early 1940s, Salk and esteemed fellow scientist Thomas Francis Jr. revolutionized immunology with their killed-virus vaccine for influenza, which produced protective antibodies without exposing recipients to the live virus itself. Spurred by the success of the influenza vaccine, Salk began working in 1947 to produce a vaccine for polio, a viral infection capable of killing or severely crippling its victims, especially young children."

Below is a screenshot comparison of the photo in the misleading posts (L) and The Smithsonian photo (R): 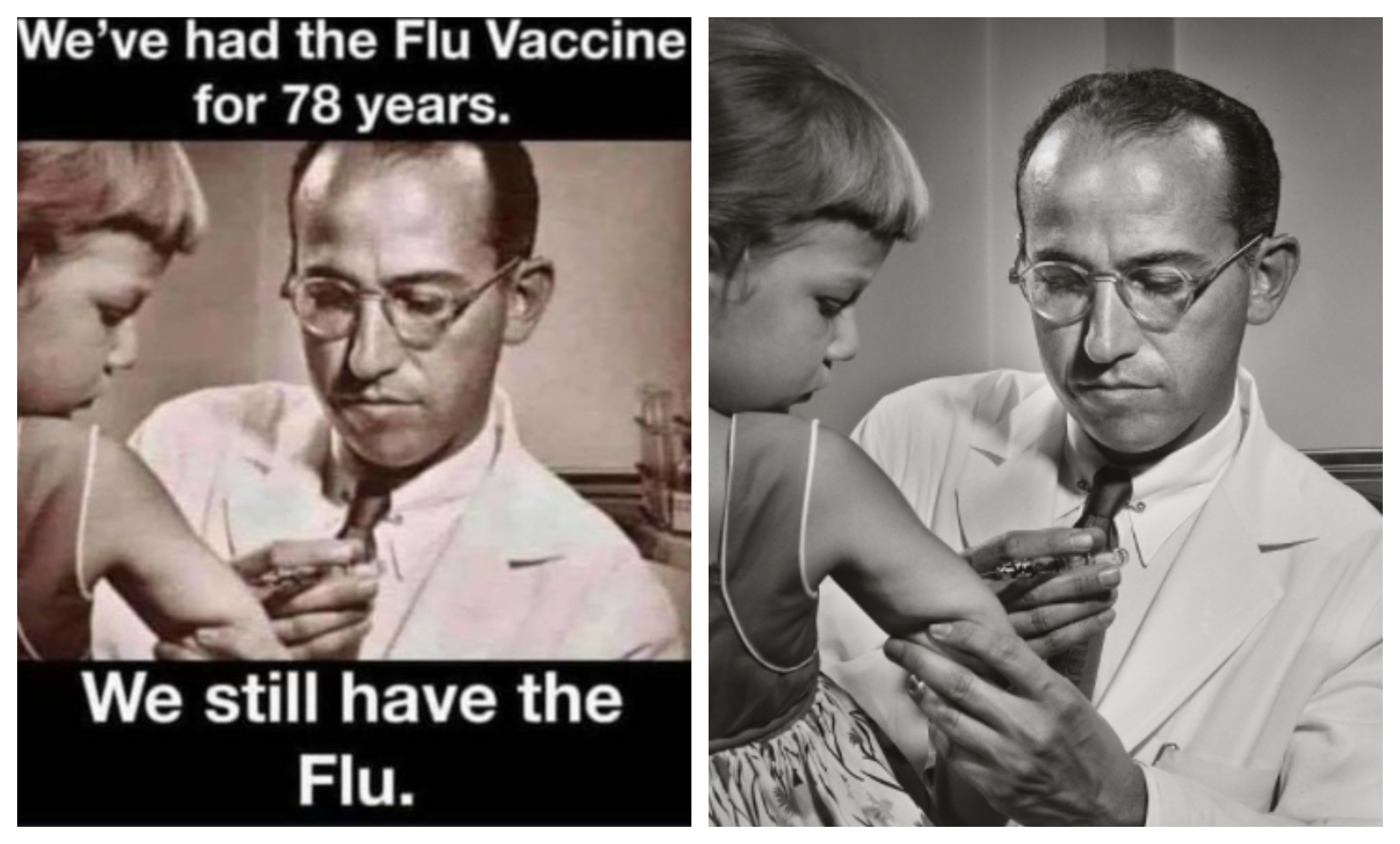 The flu vaccine, which was first licensed for use on civilians in 1945, has been proven effective in averting illnesses and deaths, according to health authorities.

This separate CDC page recommends everyone six years and older get vaccinated annually. It states: "A flu vaccine is needed every season for two reasons. First, a person's immune protection from vaccination declines over time, so an annual vaccine is needed for optimal protection. Second, because flu viruses are constantly changing."

Dr. Maria Rosario Vergeire, a Philippine health department undersecretary, also refuted the claim and urged the public to receive the flu vaccine during the coronavirus pandemic.

"We have long been recommending this. Because we know, first, the regular flu disease mimics the symptoms of Covid. Second, it's flu season now… We need to encourage our fellow Filipinos to receive this vaccine so the disease does not add to the Covid-19 burden in our country," Vergeire said in a media briefing in response to the misleading post on October 12, 2020.

Claim :   Flu vaccine is ineffective.
Claimed By :  Posts on Facebook, Twitter and Reddit
Fact Check :  False
COVID-19 COVID-19 Outbreak COVID-19 Pandemic Coronavirus Coronavirus Pandemic Coronavirus Outbreak COVID-19 Vaccine COVID-19 Cure Coronavirus Cure Coronavirus Vaccine
If you value our work, we have an ask: Our journalists work with TruthSeekers like you to publish fact-checks, explainers, ground reports and media literacy content. Much of this work involves using investigative methods and forensic tools. Our work is resource-intensive, and we rely on our readers to fund our work. Support us so we can continue our work of decluttering the information landscape. BECOME A MEMBER
📧 Subscribe to our newsletter here. 📣You can also follow us on Twitter, Facebook, Instagram, Youtube, Linkedin and Google News