A video has been viewed thousands of times on Facebook, Instagram, Twitter and YouTube alongside a claim it shows people rioting and looting shops in England during the coronavirus lockdown. The claim is false; the video has circulated online since August 2011 about riots in the British capital of London.

The post's Indonesian-language caption translates to English as: "England. Riots began due to lockdown. People who began to starve took action. Brutally looting everywhere to fill the hungry stomach this is just the beginning hopefully in Indonesia. This won't happen." 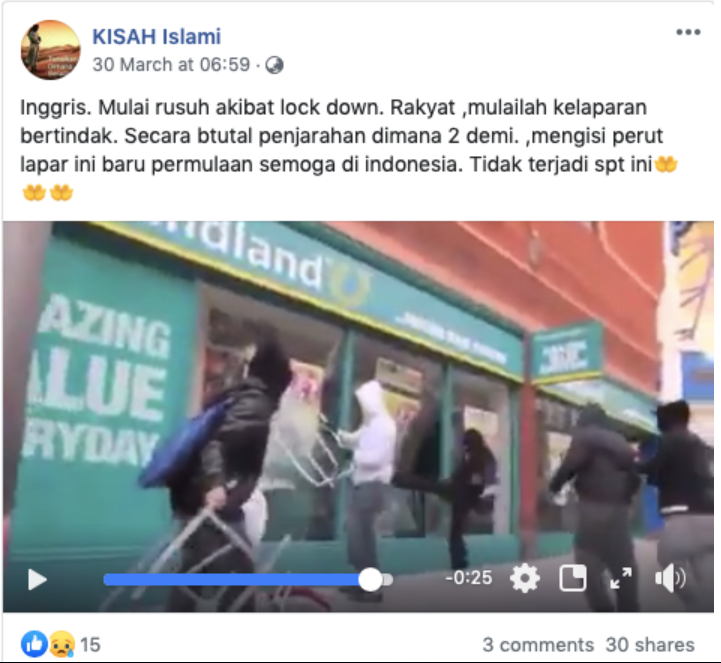 The UK imposed a three-week lockdown on March 23, 2020 in a bid to curb the spread of novel coronavirus, which causes the disease COVID 19. Non-essential shops and services were ordered to shut and a ban was introduced on gatherings of more than two people, AFP reported here.

As of April 8, 2020, the coronavirus has killed at least 5,300 people and infected more than 51,600 others in the UK, according to the World Health Organization's tally here.

The claim is false; the video has circulated online since at least 2011 about riots in the south London district of Peckham.

The video's caption reads: "This is not a regular affair in peckham or representation of majority of people, but this is the summary of events happened in Peckham on 08 August 2011. Most of the faces are recognisable, please identify yourself, look back and think the mistake you did to your / our community."

The first scene in the misleading video can be seen at the 43-second mark.

Below is a screenshot comparison between scenes in the misleading video (L) and the YouTube video (R): 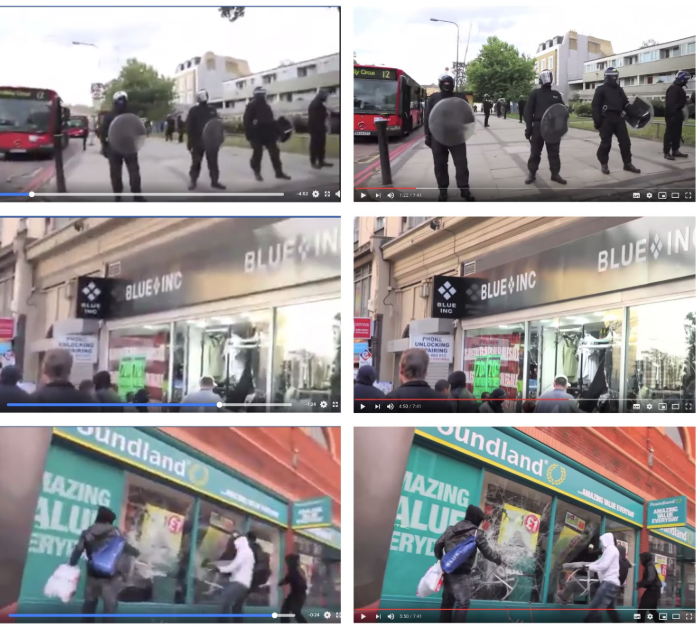 "Scores of youths clash with police in Peckham, south-east London, as riots spread across the capital on what police said was the worst night of public disorder in living memory.

"Shops were looted and stolen fireworks thrown at lines of riot police. A bus was set alight near Peckham fire station, as the area's main shopping area descended into what locals described as a 'war zone'."

Other British media organisations including the BBC and The Independent also published a report about the unrest here and here.

The vandalised fashion store Blue Inc, seen at the four-minute 39-second mark of the video, matches these Google photos, but the latest Google Street View shows that the Blue Inc shop has been replaced by Costa Coffee.

The Poundland store seen at the five-minute 33-second mark of the video corresponds with these Google photos.

Below are screenshot comparisons between vandalised shops in the video in the misleading posts (L) and the shops shown in Google user images (R): 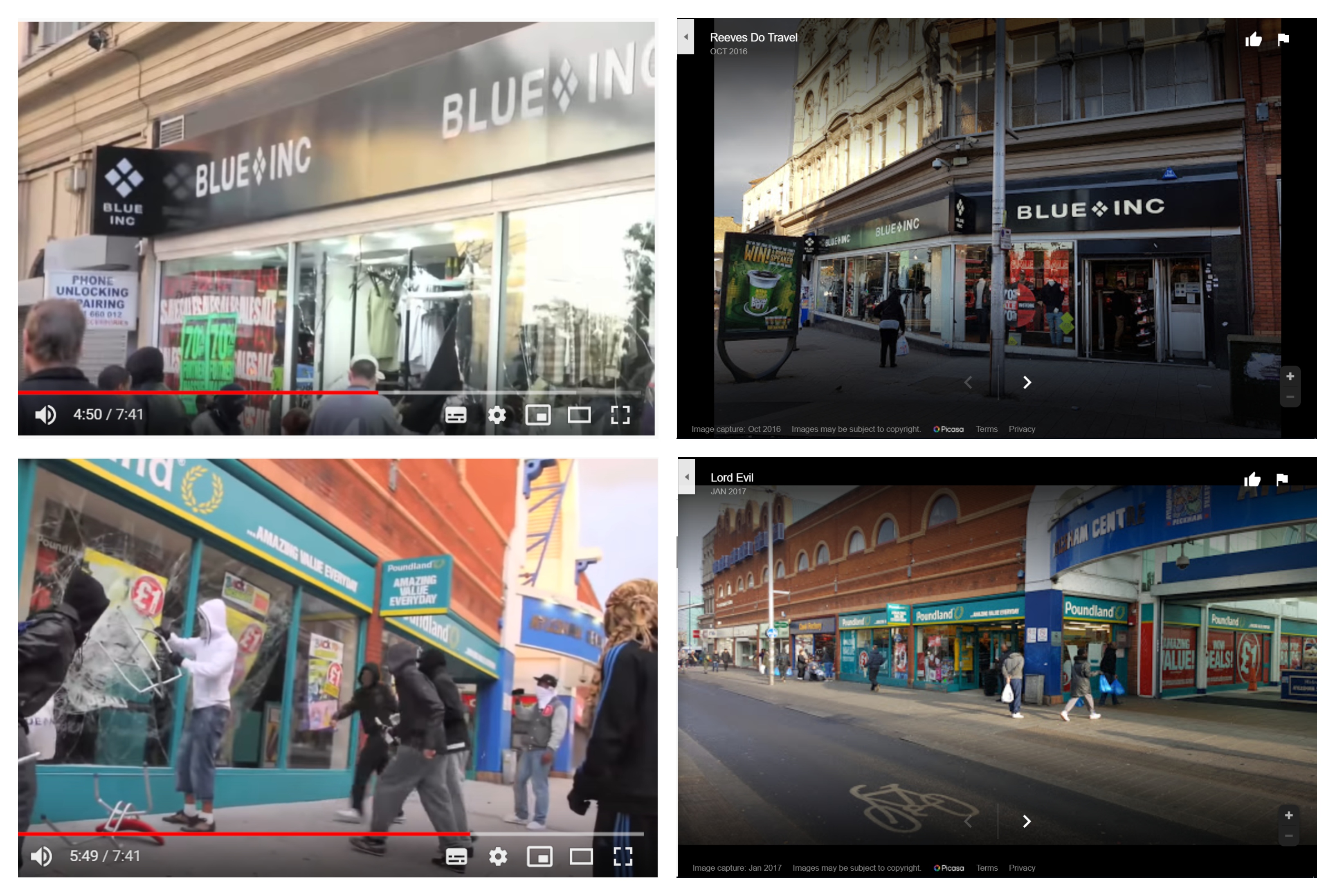