Multiple Facebook posts shared hundreds of times claim that NASA "always receives blessings from the Pope" and that "God's permission must be sought" before a space mission has been shared in multiple Facebook posts. The claim is misleading; the Pope has bestowed blessings on NASA missions and astronauts, but there are no credible reports to suggest that papal approval is required before a mission.

The claim was published in a text graphic on Facebook here on October 12, 2020. The post has been shared more than 400 times.

The Sinhala-language post's caption translates to English as: "The Bible and science".

The graphic's text translates as: "Did you know? NASA always receives blessings from the Pope before embarking on any space mission. No matter how advanced the science is, they still travel upon receiving God's blessings. The bible is their rudder, we truly cannot treat God's creation as a plaything, God's permission must be sought. That is why even during the mission to the moon, the official flag of the Catholic council was taken. NASA says, "From the moment we embark on a mission, the Pope prays for us. That is our only strength." 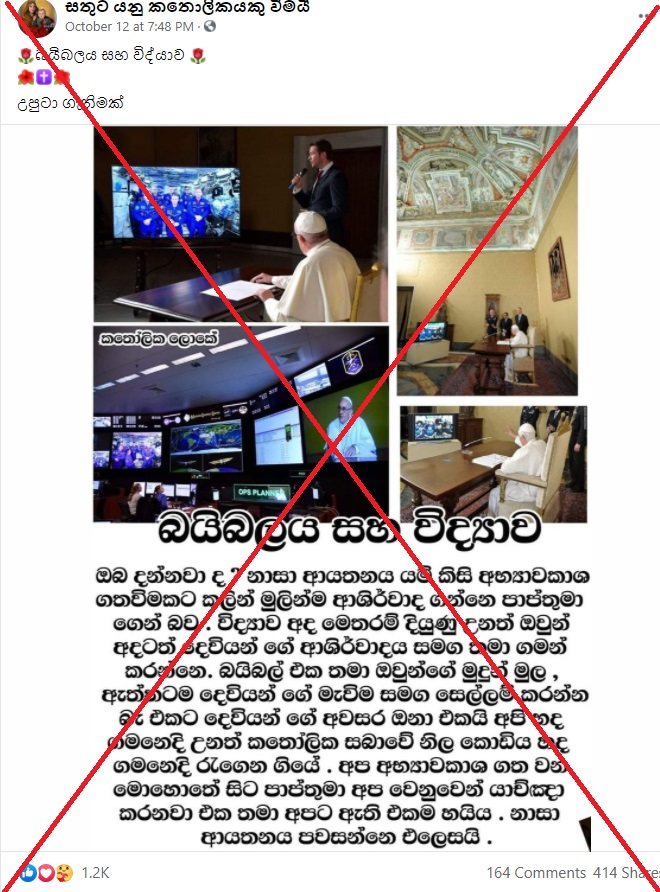 A similar claim was also shared on Facebook here, here, here and here.

While multiple popes have blessed NASA missions, the photos used in the graphic do not show papal blessing being bestowed "before" a mission begins, as the Facebook posts claim.

The two photos on the left-hand side of the photo collage show Pope Francis speaking to NASA and European Space Agency (ESA) astronauts onboard the International Space Station (ISS) in October 2017, as seen here in a NASA statement. 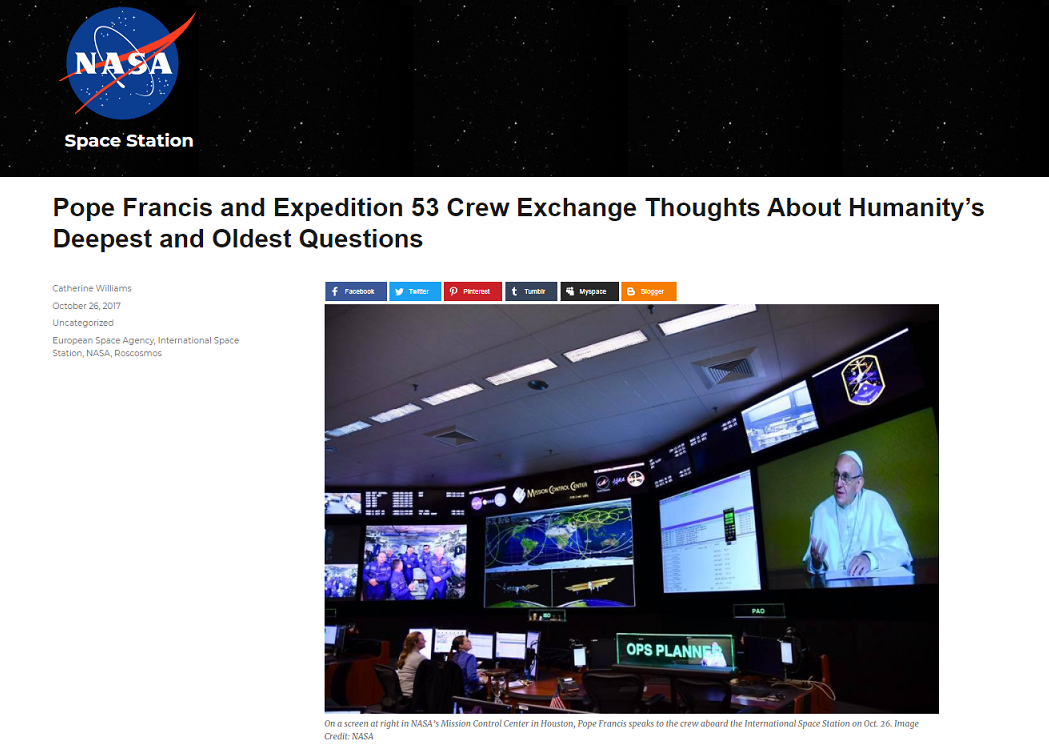 A screenshot of NASA's press release issued on October 26, 2017

The Pope "offered his blessings and asked that they, too, pray for him in return," according to NASA.

The other photo of Pope Francis in 2017 was published by the Associated Press here.

The conversation between Pope Francis and NASA and ESA astronauts can be seen here on NASA's YouTube channel.

The two photos on the right-hand side of the photo collage show Pope Benedict XVI speaking to astronauts on the ISS in May 2011.

The two exact photos were published in media reports here and here.

Pope Paul VI also blessed the astronauts of the 1969 Apollo 11 mission who became the first men on the moon, as noted here by Vatican News.

Also Read: No Evidence Of A Passport Being Issued To Mummy Of Pharaoh Ramesses II

Despite the multiple papel blessings bestowed upon NASA astronauts, there are no credible reports to suggest that "NASA always receives a blessing," as the Facebook posts claim.

There are also no reports of NASA saying; "From the moment we embark on a mission, the Pope prays for us. That is our only strength," as Facebook posts also claim.

NASA did not respond to requests for comment from AFP.