Posts shared more than 2,000 times on social media appear to show a 2009 tweet from Donald Trump criticizing then-president Barack Obama's handling of the H1N1 pandemic and placing "ALL responsibility" on presidents in a crisis. This is false; the fabricated tweet has more characters than was allowed in 2009 and it does not appear in Twitter archives.


"Obama's handling of this whole pandemic has been terrible! As President, ALL responsibility becomes yours during a crisis like this, whether or not you're entirely to blame. John McCain, and myself for that matter myself, would never let thousands of Americans die from a pandemic while in office," reads the fake tweet, which has been circulating since at least April 16, 2020. 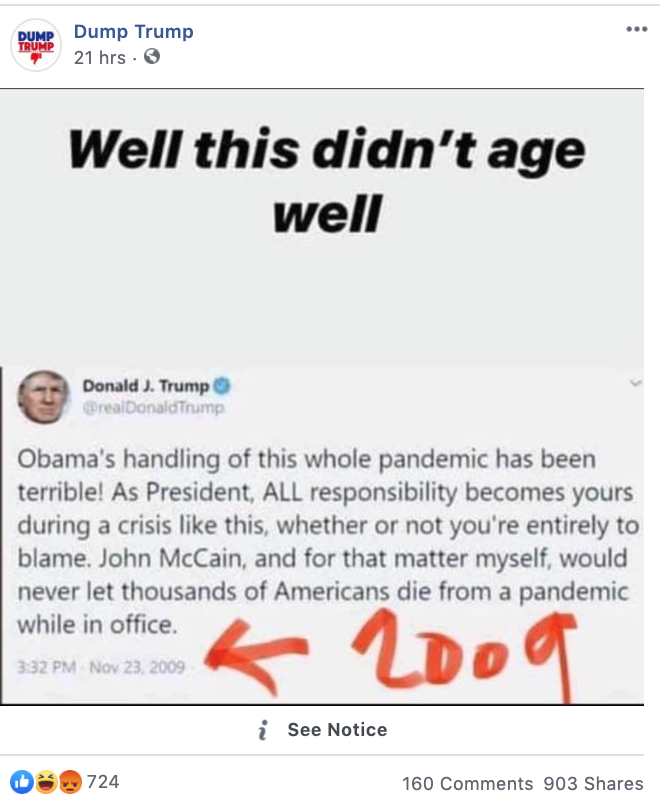 A screenshot of the message appears on Facebook here and here, on Instagram here and on Twitter here. Some versions of the manufactured tweet show the date it was allegedly posted -- November 23, 2009 -- and a supposed "1.1K Retweets" and "6.2K Likes." Some also include the caption "Well this didn't age well." 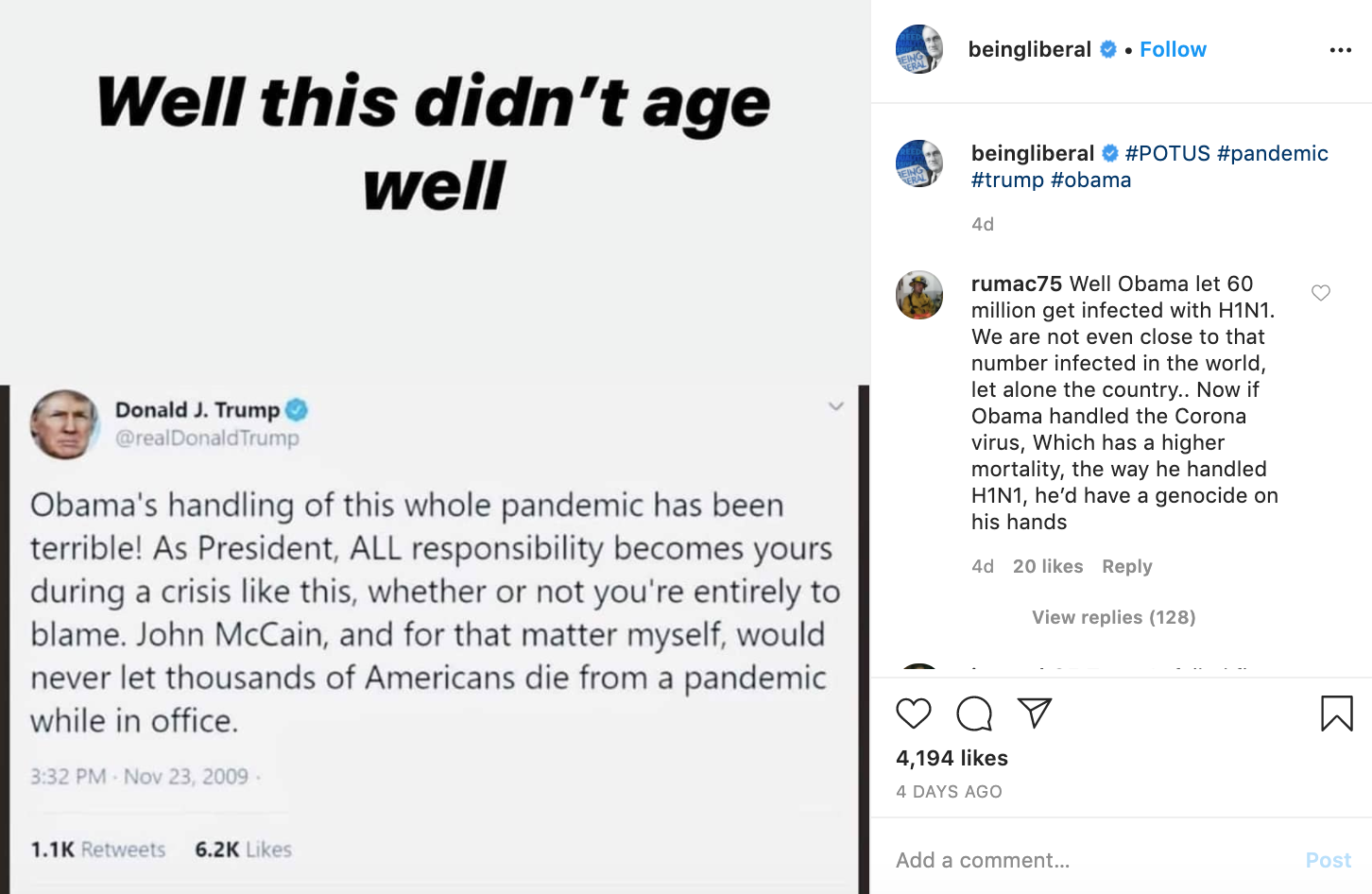 Searching the text on Factbase, a website with the goal "to make available, unedited, the entire corpus of an individual's public statements and recordings," returns no results. Neither does the content appear on Trump Twitter Archive, a searchable database of Trump's tweets created by coder Brendan Brown.

The H1N1 virus (swine flu) emerged in the spring of 2009 -- shortly after which the tweet was purportedly posted. The Centers for Disease Control and Prevention estimate that there were more than 60 million cases and nearly 12,500 deaths from the disease in the US between April 2009 and April 2010.

The novel coronavirus has spread from China around the world, killing more than 45,000 people in the US and infecting more than 830,000, according to Johns Hopkins University.