A post shared thousands of times on Facebook in Canada claims to provide advice about living with the threat of COVID-19 from British Columbia's Provincial Health Officer Bonnie Henry. The remarks have been misattributed to Henry. Her office asked social media users to stop sharing the post and instead refer to the province's official guidance on the novel coronavirus.

"Wisdom from Dr Henry," says one version of the post, while another calls it "wonderful advice.". Variations of the post have been shared more than 8,000 times on Facebook since July 13, 2020.

All the posts share a list of 16 points running from correct advice like "washing hands and maintaining a two-metre physical distance is the best method for your protection" to false claims like "wearing a mask for long periods interferes with your breathing and oxygen levels". 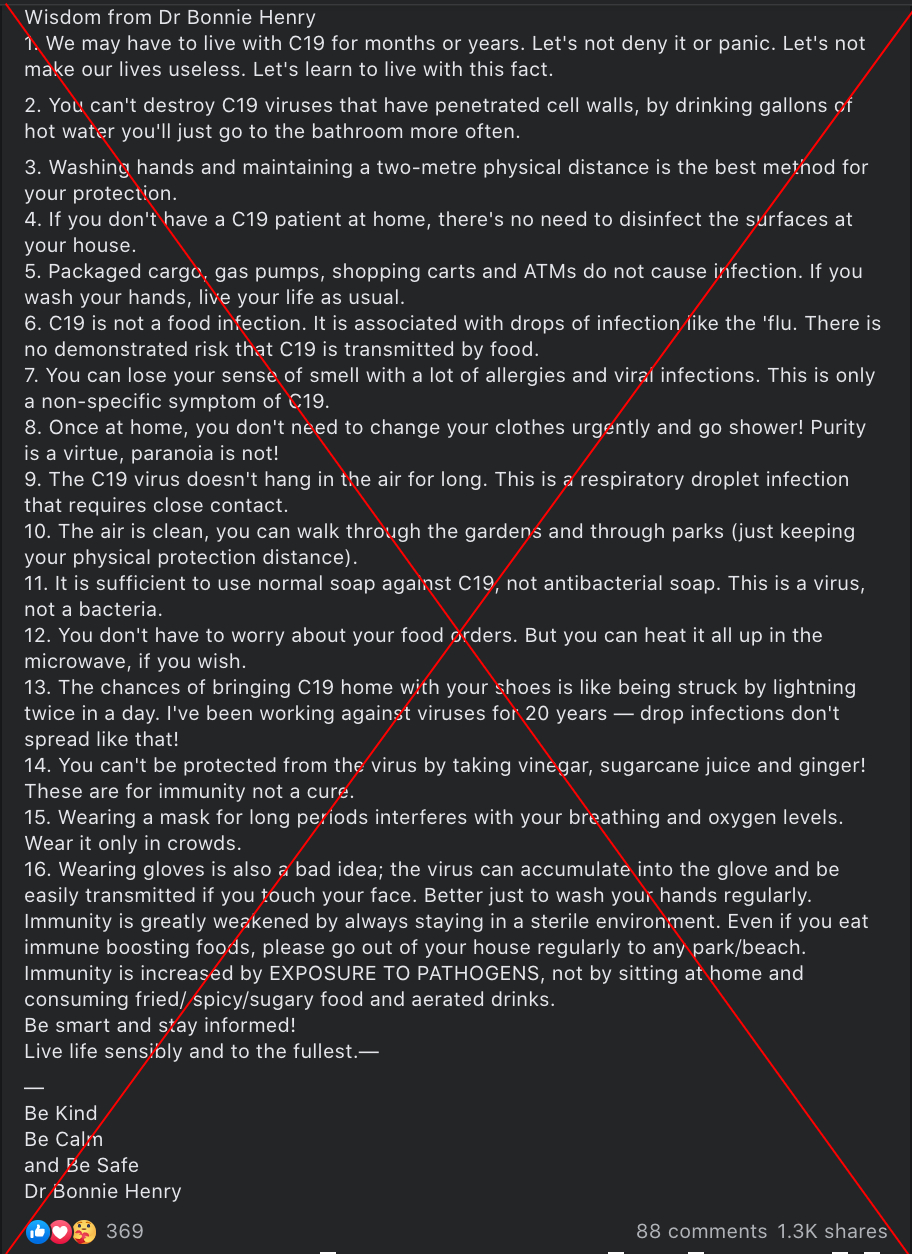 Screenshot of one version of the post taken on July 16, 2020

"This was not developed by Dr Henry or anyone in her office," a spokesperson for British Columbia's Ministry of Health told AFP via email.

"She would discourage British Columbians from further circulating it among their networks. Instead, she recommends referring to the excellent guidance found on the BC Centre for Disease Control's website," the spokesperson added.

A keyword search revealed that a similar version of the advice was shared as early as May 14, 2020 by this Pakistani website which attributed the text to Dr Faheem Younus, Chief of Infectious Diseases at the University of Maryland. He also disowned the advice, saying "these are not my words."

Some of the advice in the post is legitimate. Rejecting fake cures like ginger and vinegar, and stating that the virus is unlikely to be carried on shoes, have been verified by AFP here and here.

However, claiming that "wearing a mask for long periods interferes with your breathing and oxygen levels" is false, as shown by AFP here and here.

AFP Fact Check has debunked more than 560 examples of false or misleading information about the novel coronavirus. You can find the complete list of our fact-checks on the topic in English here.