A video has been viewed thousands of times in multiple posts on Facebook, Twitter and YouTube alongside a claim it shows dozens of corpses inside body bags in Italy after the oubreak of the novel coronavirus, COVID-19. The video has been shared in a misleading context; it has previously circulated in media reports about people who died after contracting COVID-19 in Iran; a man recording the video can be heard stating that he is inside a mortuary in the Iranian city of Qom.

The one-minute 13-second clip shows rows of body bags lined on the floor of a building. 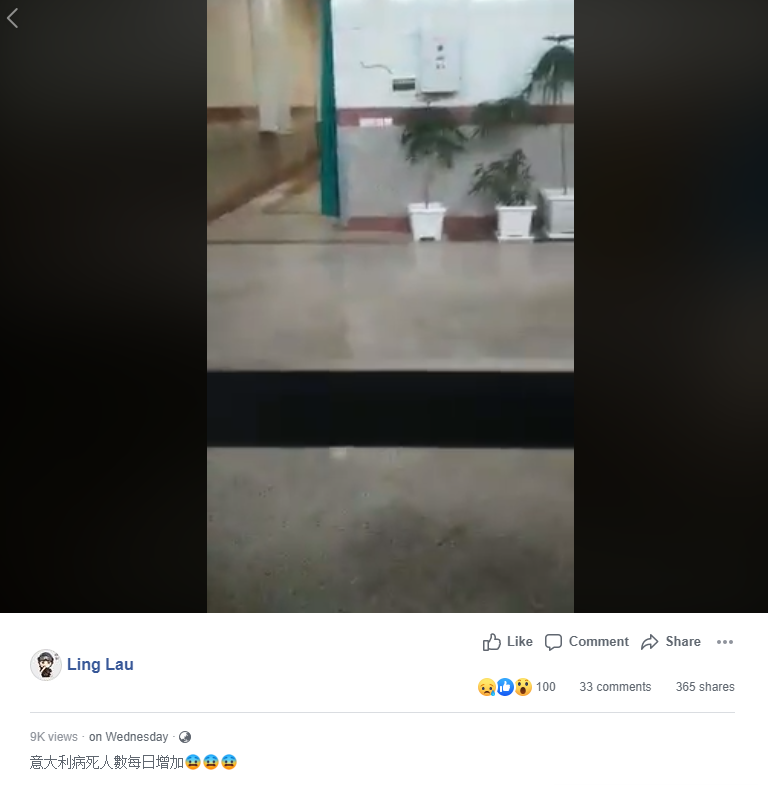 ALSO READ: What Are The Stages Of A Pandemic? How Did COVID-19 Become One?

COVID-19 was first detected in the Chinese city of Wuhan in December 2019 and has since spread worldwide. The World Health Organization has declared it a global pandemic. On March 21, official data showed the number of fatalities caused by the virus in Italy rose to over 4,000 -- AFP reported here. The European Union, in a response, has since closed its borders to "all non-essential travel" in an effort to contain the ongoing spread.

But the video has been shared in a misleading context.

A man speaking in Persian-language throughout the video can be heard stating it was filmed inside a mortuary in Qom, a city in Iran.

Part of his voiceover translates to English as: "In the name of God, here is Behesht-e Mausmeh mortuary of Qom, and today is Monday, 12th of Esfand (March 2). These are the dead, that as you can see have been handled since the morning. But unfortunately, there are too many bodies and it just does not finish. These are all coronavirus patients that must be washed . . . and this room . . . and in this room, some of the bodies have been here since five, six days ago."

The report features a screenshot of the video in the misleading Facebook post at its 10-second mark. It is captioned: "The image on the left shows at least 56 body bags awaiting burial at a facility at the main cemetery in Qom."

Below is a screenshot of the report: 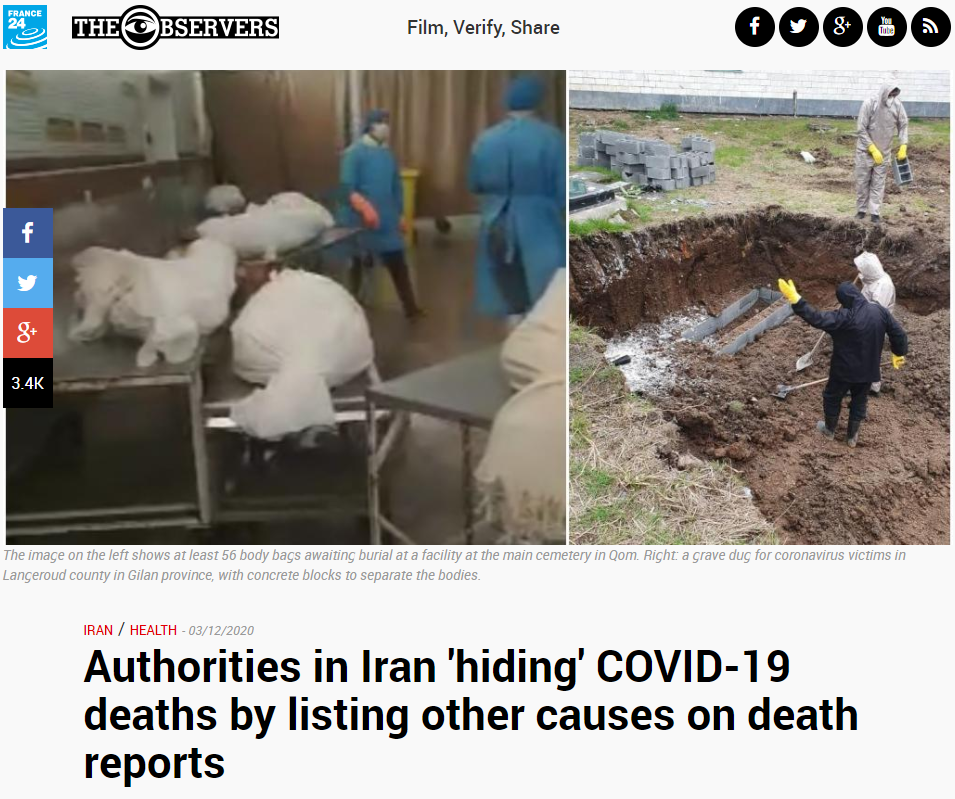 Screenshot of the report

The report includes a link to an identical video. It was published here on The France 24 Observers YouTube channel on the same day with the title: "Coronavirus in Iran: at least 56 body bags awaiting burial at a facility at the main cemetery in Qom".

The YouTube video's caption reads in part: "This video circulating on Twitter and Telegram shows at least 56 body bags awaiting burial at a facility at the main cemetery in Qom...The deputy prosecutor general of Qom said March 5 that the man who filmed the video was later arrested."

AFP also found the video published here by BBC Persian on March 3, alongside a caption saying that the video was shot inside a mortuary in Qom.

According to this March 4 report by Iran's Islamic Republic News Agency (IRNA), Qom municipality's morgue director, Ali Ramezani, said the video was filmed at a cemetary in his jurisdiction.

His comments translate to English as: "The bodies shown in the video were held at Behesht-e Masoumeh (mortuary) upon the request of the families so that their coronavirus tests would be finalised...they would be held for a couple of days since the burial of those whose test is negative would be done normally.

"The person who shot the video was a volunteer who was helping at Behesht-e Masumeh."

The IRNA published this report on March 3 stating a person was arrested following the circulation of the video online.

Quoting Hamzeh Zare, the deputy prosecutor of Qom, the report reads in part: "This individual who had filmed Behesht-e Masume mortuary without permission was arrested hours after the video was published."