A video has been viewed hundreds of times in multiple posts on Facebook and Twitter alongside a claim it shows an Italian woman who committed suicide after contracting COVID-19. The claim is false; the video is a scene that was filmed for an Algerian TV drama, produced months before the COVID-19 pandemic.

The post's simplified and traditional Chinese caption translates to English as: "Too horrible to see, non-hospitalized patients with novel coronavirus pneumonia in the United States choose to jump into the sea; while some in Italy suffering from that illness with neither money nor food! And they all choose to commit suicide, the old mother saw her daughter hanging outside the balcony. How sad!

"This is the free Lord worshipped by the foreign country's brown-nosers. Is the United States that great and full of happiness? Free speech? Human rights and freedom? And even air is fresher there than that in China?" 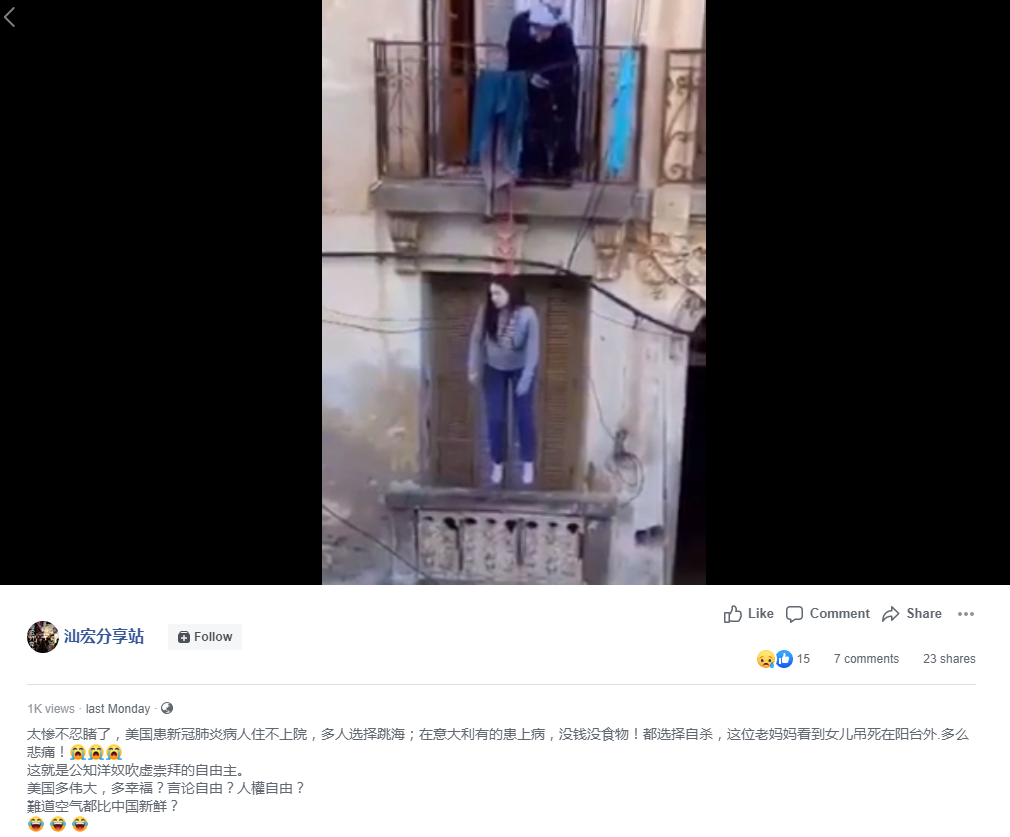 The video also includes an Arabic voiceover that translates to English as: "Oh lord... oh lord, tell her she should not pull the rope, tell her... look, look at her mother, Lord have mercy, we must call the ambulance, God is great, God is Great, call the ambulance Wassim."

ALSO READ: No, This Photo Is Not Of Italian Nurses Who Were Treating COVID-19 Patients

The claim is false. A reverse image search using keyframes extracted from the footage found this longer version of the video published on Facebook on May 21, 2019.

The post's Arabic caption reads in English: "I brought you the video of Leila, committing suicide". The same footage as the video shared in the misleading posts can be seen from the one-minute 31-second mark to the end of the clip.

Below are screenshot comparisons of the footage in the misleading post (L) and the video published in May 2019 (R): 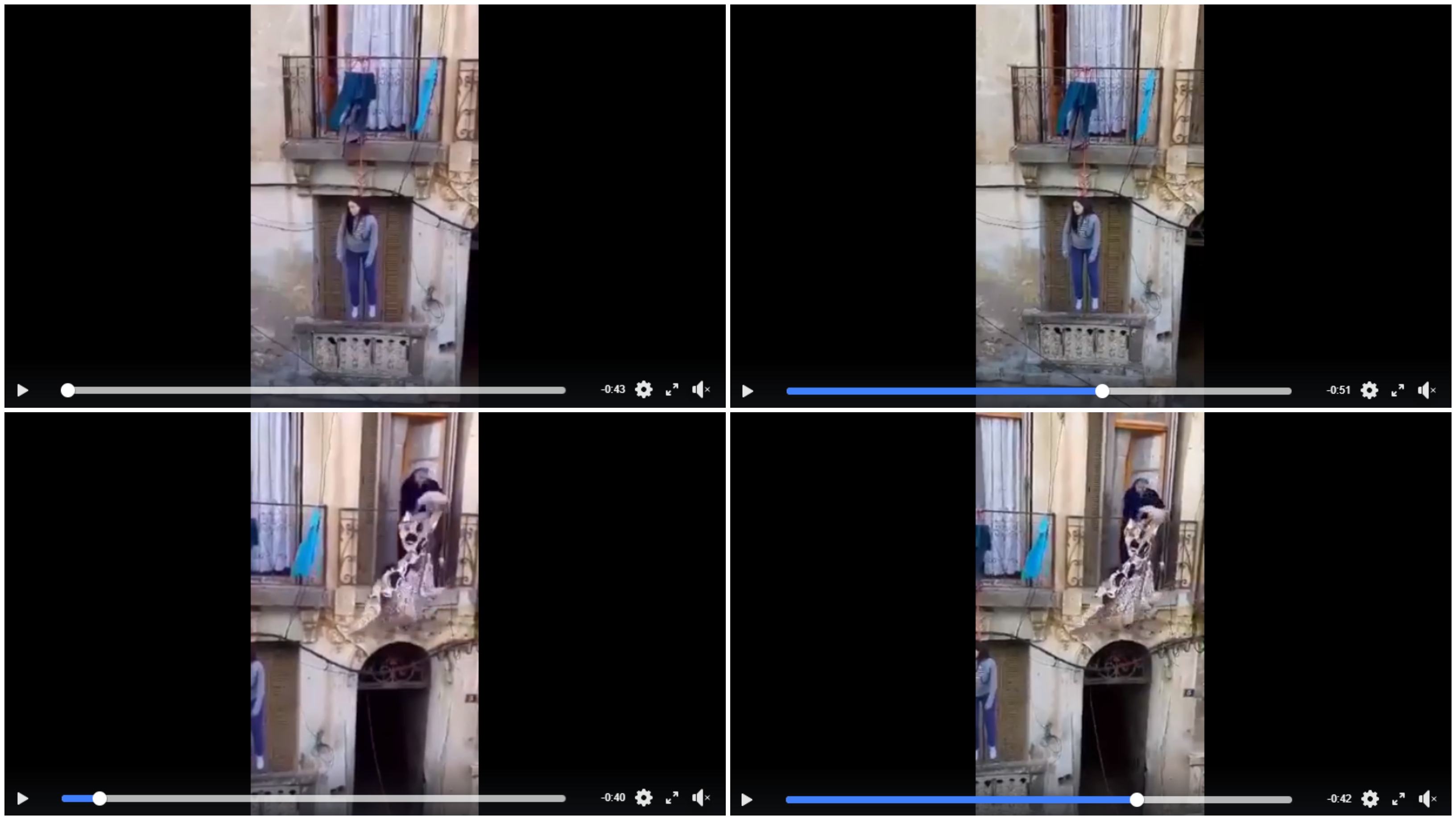 The longer version published in May 2019 also shows a production crew speaking to the women in the video and film equipment on the set.

Below is a screenshot of the video's 24-second mark showing a boom microphone and a crew member crouched on the balcony: 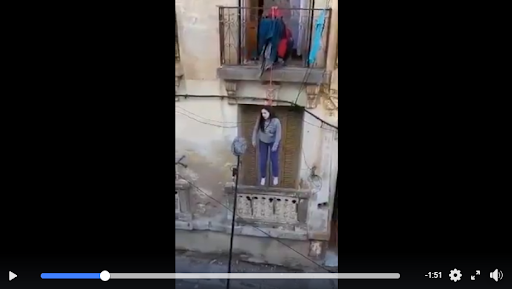 A subsequent keyword search found this YouTube video, which was published on May 25, 2019. It shows footage of the film set from a different angle.

The YouTube video's headline, which is written in both French and Arabic, translates to English as: "Wlad el Halal series, Behind the scene ALGERIA / WLAD EL HALAL 2019 BEHIND THE SCENE".

Wlad el Halal is an Algerian television series that aired in 2019. Full episodes can be seen on YouTube here.

The dramatic scene that appears in the misleading social media posts was not included in the final version of the series that aired on TV and online.

It was, however, discussed in this YouTube clip of Télé Trend, an entertainment programme on the Arabic TV channel Dzaïr TV. The hosts describe the footage as a leaked scene.