A video shared more than 62,000 times on Facebook shows a man falling from a statue and links the event to the recent defacing of historic monuments during anti-racism protests. This is misleading; the incident happened in 2015 in Paris during a techno festival and is unrelated to politics.

"When YOU just wanted to deface a monument, BUT now someone needs to build one for YOU," the caption of the video published on July 13, 2020 reads. It shows a man slipping from the top of a statue and falling to the ground. 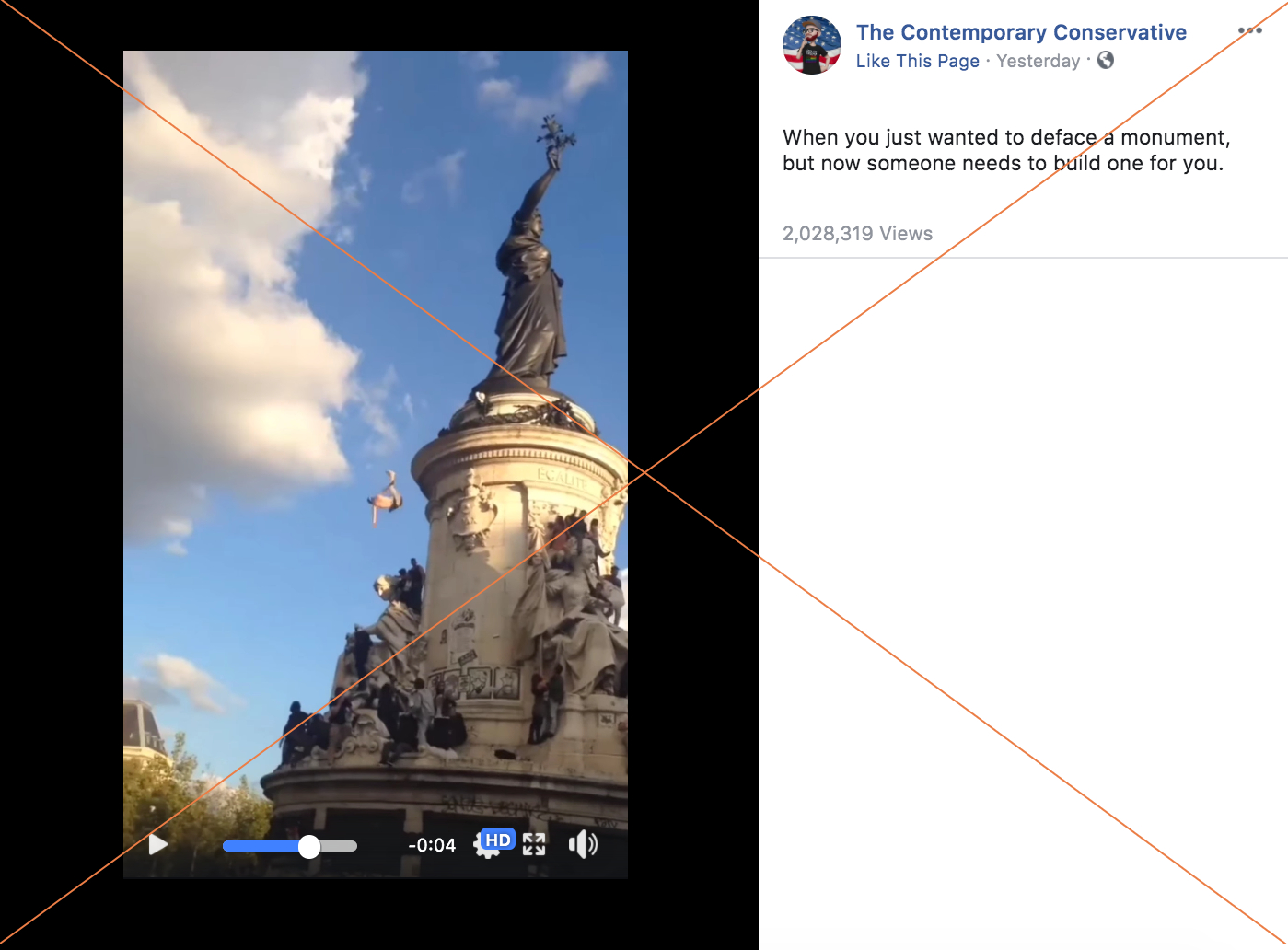 The video was viewed more than two million times and shared at least 62,000 times in 24 hours, before being deleted, but not before it was reposted by multiple political pages and groups on Facebook -- such as this one.

The posts come after the toppling and vandalism of statues of historical and political figures, often linked to slavery or colonization, during protests across the world, but especially in the US after African-American George Floyd death in police custody in May. 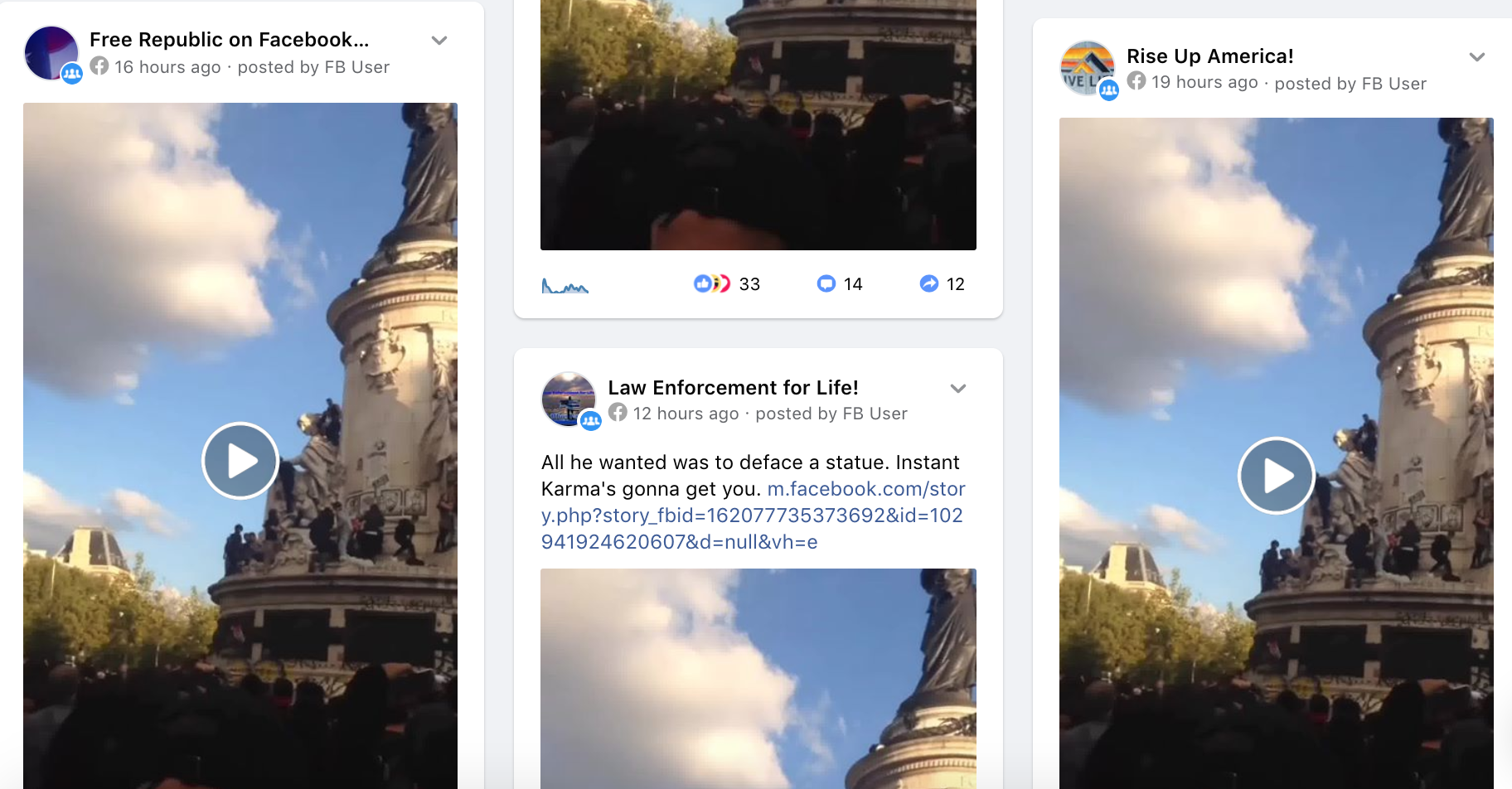 A screenshot of a CrowdTangle search taken on July 14, 2020

On July 14, the video was also reposted with different background music on YouTube, here, under a fake BBC News USA account. 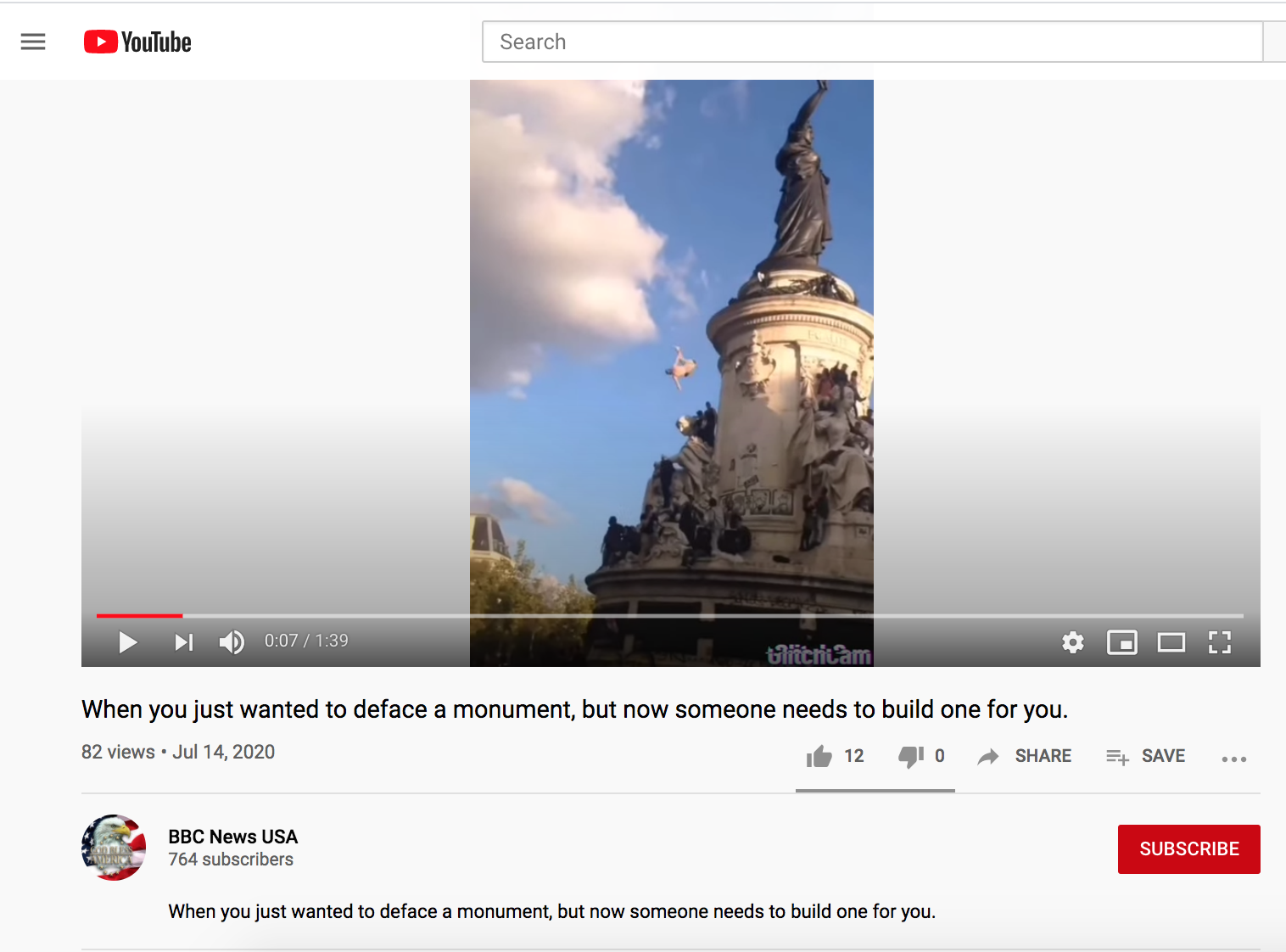 The statue in the photo represents liberty and is located at Place de la Republique in Paris, France. Even though protests against police violence took place on the square in recent weeks, AFP found no reports that the statue of Marianne had been the target of any anger by demonstrators.

However, other monuments, including one to 17th-century statesman Jean-Baptiste Colbert in front of the French parliament, sparked controversy in France.

A Google reverse image search and keyword search showed that the incident in the video dates from 2015 during the 17th edition of Techno Parade, an annual music festival in the French capital.

AFP reporting at the time said a man "slipped" and fatally fell from the top of the statue while climbing it.

Read Full Article
Claim :   A man fell from on top of a statue during a Black Lives Matter protest.
Claimed By :  Posts on Facebook and YouTube
Fact Check :  False