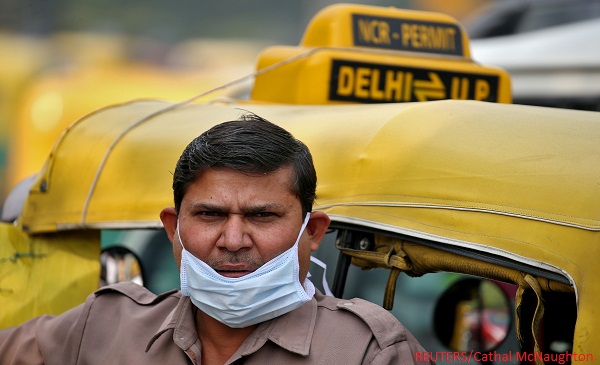 China and India accounted for over half of the total global deaths linked to air pollution in 2015, according to a study published on Tuesday.

A joint study conducted by U.S. based Health Effects Institute (HEI) and the Institute for Health Metrics and Evaluation said exposure to PM2.5 or tiny particulate matter that reaches deep into the lungs, was responsible for about 4.2 million deaths in 2015.

China and India, the two most populous countries, each accounted for 1.1 million of those deaths.

Health Effects Institute calls itself an independent global health and air pollution research institute, according to its website.

What the report says about India:

According to the report titled ‘'State of Global Air’, India was moving closer to China in the number of deaths attributable to air pollution.

Rapid industrialization, explosive population growth and aging population more vulnerable to diseases have been blamed for a spike in deaths linked to air pollution in India.

According to the report, over the last 25 years, India experienced a nearly 150% increase in “ozone-attributable deaths”, while China’s number remained about the same reflecting Beijing’s initiatives to tackle air pollution.

The report also said India and Bangladesh experienced the steepest increases in air pollution levels since 2010. (In the range of 50% to 60%)

While public concern over air pollution has reached an all-time high, particularly in the nation’s capital New Delhi, lack of political coordination and piecemeal measures have not helped solve the problem.

“The idea that policy making should be led by government is lacking,” Bhargav Krishna, manager for environmental health at the Public Health Foundation of India, was reported to have told the New York Times in an interview.

The report also said that while air pollution has worsened in South Asia it has improved to an extent in the United States and Europe aided by policies that force businesses and governments to curb emissions.