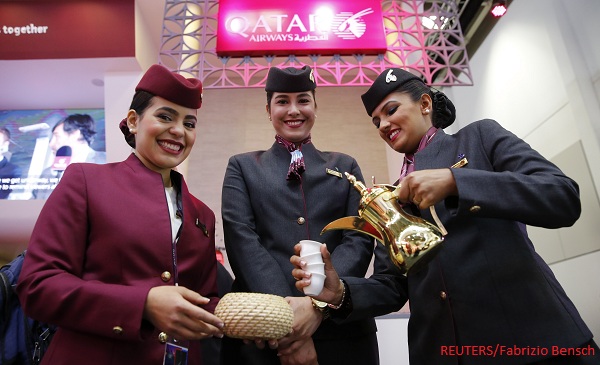 1. India could get its first fully foreign-owned airline soon, as Qatar Airways Ltd plans to launch a short-haul airline in the country. The Doha-based airline's CEO Akbar Al Baker said at a travel show in Berlin the new airline would be in partnership with Qatar Investment Authority, the government's investment arm.The proposed airline will operate on the back of 100 narrow-body planes, Bloomberg reported.

2. Foreign airlines can own up to 49 percent in Indian carriers, although overall foreign investment can go up to 100 percent. A relaxation in regulations last year means that sovereign wealth funds and institutional investors can own the remaining 51 percent. Foreign carriers need not look for an Indian partner to buy the remaining stake.

3.Qatar Airways has been trying to get a foothold in India but was thwarted in buying a stake in budget carrier Indigo in the past. The Gulf carrier also failed to buy up shares during and after Indigo's 2015 stock market listing.

5. Qatar Airways is the national carrier of the State of Qatar. It has gone on an aggressive buying spree to support its expansion plans. The airline operates one of the youngest fleets in the world. It's fleet including passenger and cargo was 194 aircraft as of March 2017. The Gulf carrier will go head-to-head with domestic budget carriers in India. Qatar's entry may prompt other oil-rich countries from the Middle East to invest in India's aviation market.