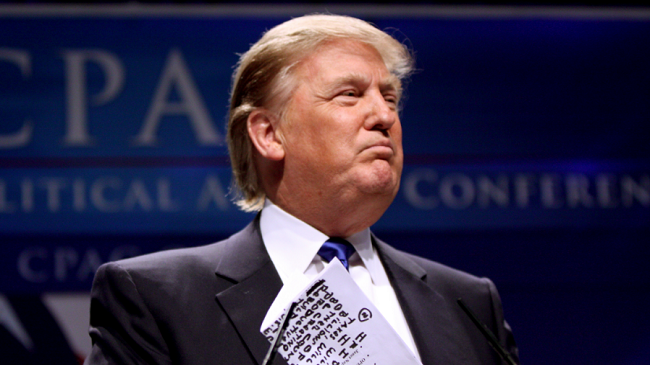 “What in the world does he think he’s doing?” That’s the reaction I got from many of my fellow college Republicans and young Republicans when Donald Trump first announced his candidacy for President.

Having graduated from Georgia State University as the Chairman of the College Republicans there, I was looking forward to the Presidential elections. I was already serving as interim Chairman for Students for Rubio in Georgia when Trump announced his candidacy.

Naturally, many in my generation (even within the Party) were appalled that a Presidential candidate would base his entire campaign on such a divisive platform. Our astonishment grew when Trump started performing well in the polls. “Do people actually want such a guy to be President?” many of us wondered aloud.

“There’s no way he wins”, the Pundits assured us. After all, you can’t win the primaries on such a fear-driven message with zero policy expertise and campaign organization. Or at least so we thought.

Sure enough, Trump won the primaries by getting millions of disgruntled Democrats, Independents and Republicans to turn out for him. Many of these voters had some demographic characteristics in common. These were rural, white, lesser educated, working class voters who were frustrated with the political leadership of both parties. They were frustrated at “career politicians”, who they perceived as “bought and paid for” by lobbyists and big businesses. Many of these working class voters lost their jobs due to outsourcing after the Great Recession of 2008.

They felt neglected, scorned at and abandoned by the “elite political establishment”. In Donald Trump, these voters saw a savior. These voters weren’t necessarily racists or xenophobes. They were simply angry.

Trump carried this coalition with him to the general elections. Except, he now had the backing of an entire major political party. The campaign organization started to fall into place along with a more solidified grassroots and digital structure. Hillary Clinton being the Democratic nominee didn’t hurt either. The Republican base despised her and the newly minted “Trump Republicans” (sometimes condescendingly referred to as “Trumpkins”) saw her as the face of “big business and the political establishment”.

The rest, as they say, is history. The unthinkable is finally here. Donald J. Trump is now President-Elect of the United States of America. Nevertheless, while the billionaire-turned-reality TV star-turned-President may have won the electoral college, it’s now time for him to gain the trust of the highly polarized American people.

Contrary to what a few Republican pundits would want you to believe, Trump’s victory was no “wave election”. The Republican Party did after all lose 2 Senate seats in addition to losing 4 seats in the House. Senate Republicans from the industrial midwest / rust belt who were projected to lose their seats, only won because of the unusually high white working class voter turnout for the Republican presidential nominee.

While the GOP may have lucked out by winning the electoral college with the votes of the Republican base and working class whites, we may not be as fortunate in upcoming election cycles. If the Donald Trump administration doesn’t govern by building bridges with Hispanics, African Americans and Asian Americans, changing demographics will eventually catch up and hold the Republican Party accountable.

While Donald Trump may have won with just enough votes for this time, winning a second term or even the Congressional midterms may be contingent upon broadening this “Trump Coalition” to include more millennials, Hispanics, African Americans and Asian Americans. Only time will tell how effective (or interested) the Trump administration is in serving the interests of ALL Americans.

Joash Thomas is a Republican Political Strategist and Public Affairs Consultant based in Atlanta, Georgia. He founded Patriot Public Affairs, a Georgia based political consulting firm.