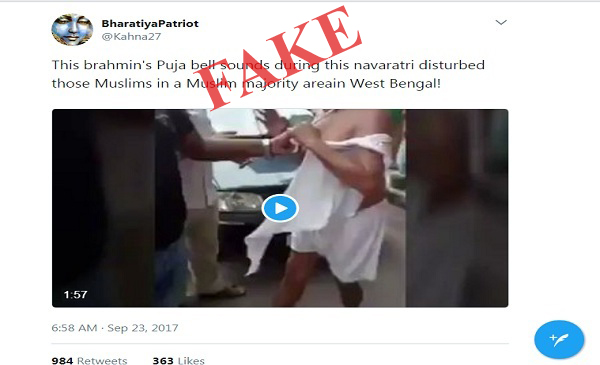 No. The video is of a local priest being thrashed by a mob in West Bengal after he was caught allegedly molesting a girl. The video has gone viral on social media with text claiming that a Hindu Brahmin was attacked in front of his daughter by a Muslim mob in West Bengal. A variation of the message falsely claims that the man was attacked as the sound of his 'puja bell' upset local Muslims. The video, which has drawn outrage on social media, has been shared on Facebook, Twitter and Whatsapp with the text that gives the incident a communal hue. Furthermore it fans harmful stereotypes about disharmony between Hindus and Muslims in the state. 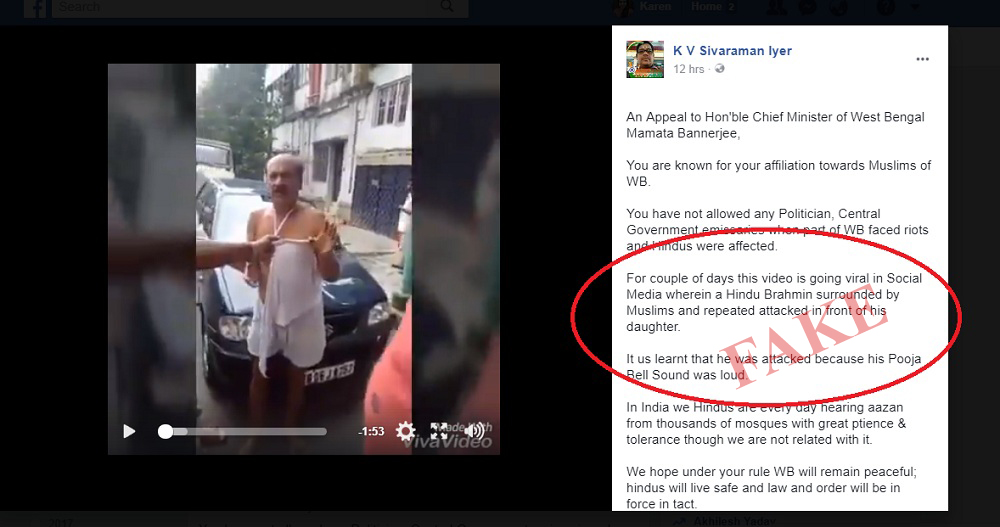 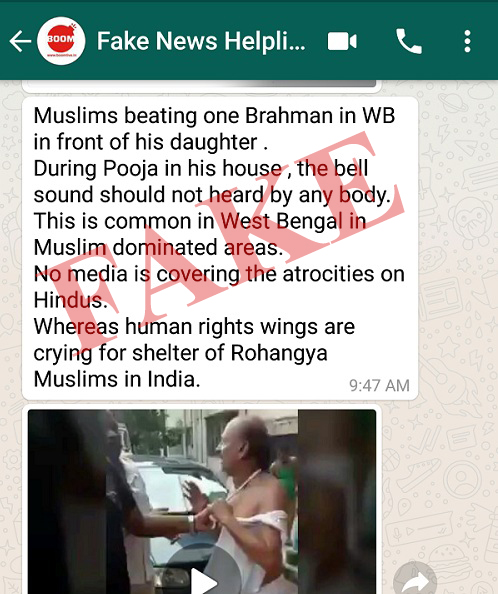 https://twitter.com/Kahna27/status/911401889278726145 While details of the actual incident are few, Kolkata Police swung into action on Twitter� to slay the misinformation surrounding the video. According to the police, the man was manhandled by family members of the girl whom he allegedly molested.

This is a wrong and mischievous post. This priest was manhandled by the family members of the victim girl where he allegedly molested her. 1

An FIR was filed against the priest and a counter FIR was registered against those who assaulted him on August 31st, according to Kolkata Police's tweet.

That the attack was not motivated by religious bigotry is corroborated in the audio of videos uploaded on YouTube.
brahmin beaten Fact Check fake news featured mulims Viral video West Bengal