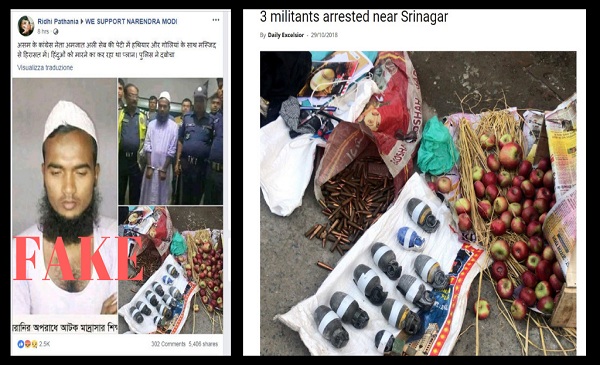 Photos of a molester from Bangladesh and an unrelated image of hand grenades in Kashmir are being shared on Facebook with a false narrative that a Muslim Congress leader from Assam was arrested for possessing weapons while plotting to kill Hindus.

The viral misleading post in Hindi alleged, "Weapons and bullets were found at a Masjid from a trunk belonging to Assam Congress leader Amjat Ali Seb. He had planned to kill Hindus. Police have arrested him."

The post received nearly 6500 shares from the Facebook group We Support Narendra Modi, at the time of writing this story. 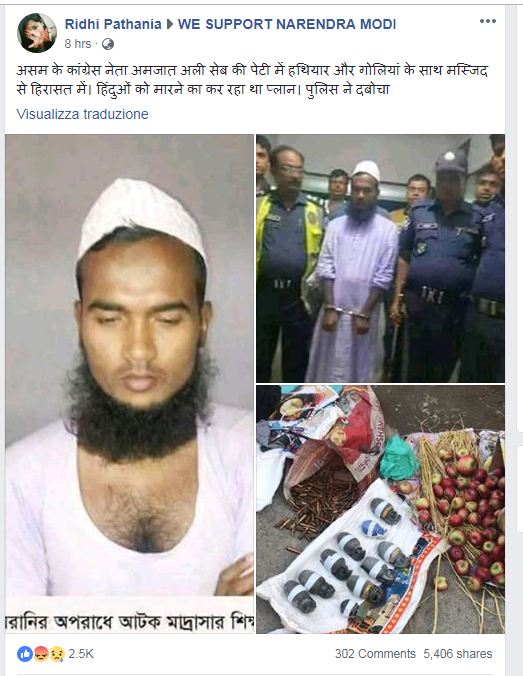 BOOM contacted Assam police who denied registering such a case at any police station in the state.

"There is no big leader by the name Ajmat Ali in Assam Congress. Also I have not heard or read about any news of this sort recently," APCC spokesman Abdul Khalique told BOOM.

A reverse image search of the photo of grenades lying beside some apples showed stories published on October 29, 2018 about a police encounter in Kashmir where three militants were arrested from Narbal area in the state. 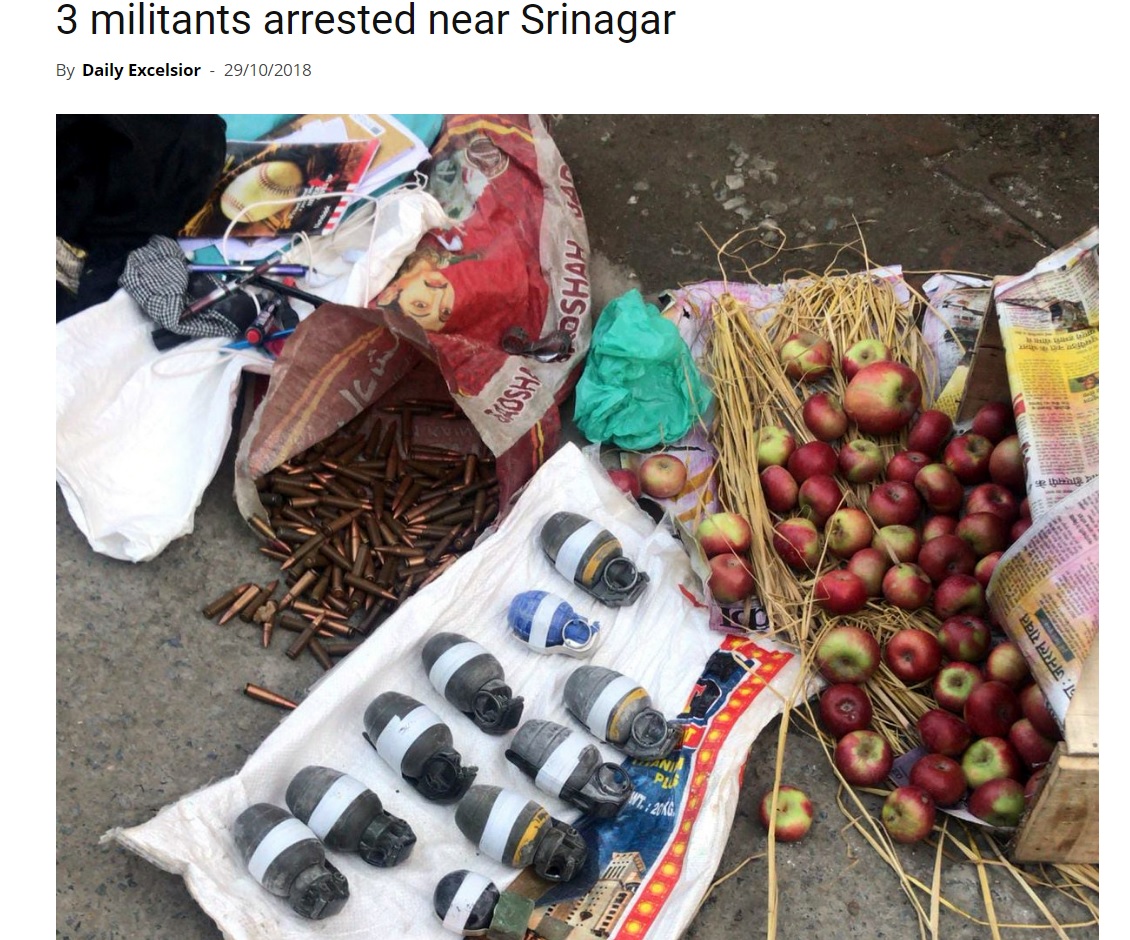 BOOM further analysed the other two images and found the police officers in the photo wearing a dark blue uniform unlike the khaki uniform worn by Indian police forces. BOOM was able to ascertain that the policemen in the photo are from Bangladesh. 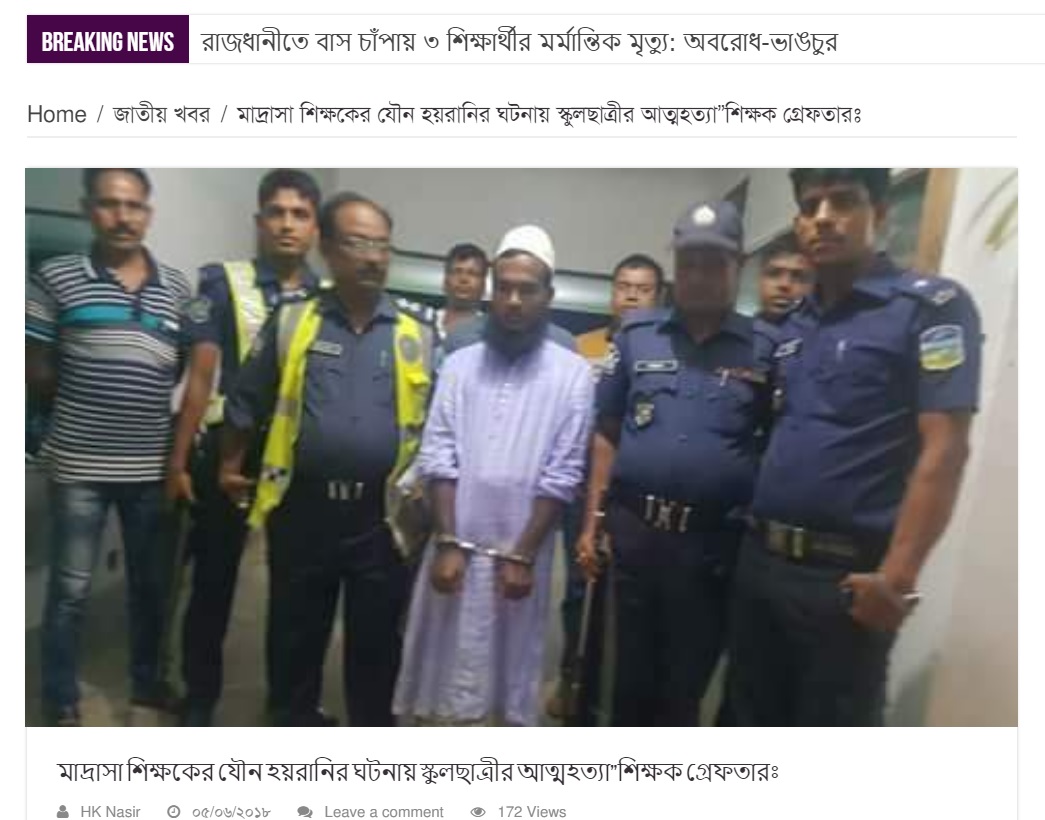 Local news stories from Bangladesh showed that the man in both photos is 28-year-old Mobarak Hossain, a Madrasa teacher arrested in May this year. Mobarak was arrested for allegedly sexually harassing a 13-year-old girl who later committed suicide, according to local news reports in Bangla (Read here and here)and English newspaper The Daily Star of Bangladesh. 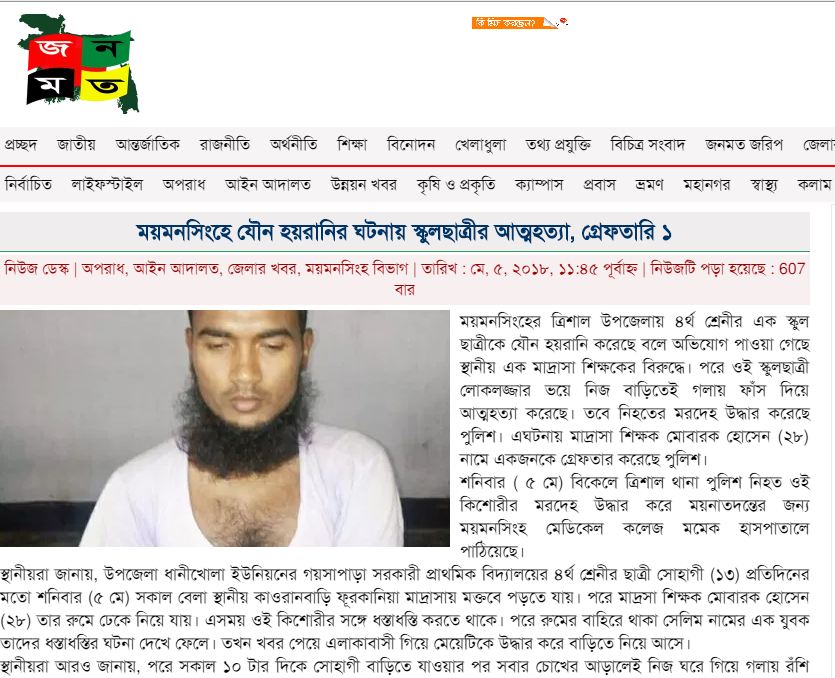 Claim :   Assam Muslim Congress Leader Amjat Ali Seb Arrested With Weapons, Was Plotting To Kill Hindus
Claimed By :  Facebook User
Fact Check :  FALSE
Assam Bangladesh Congress Congress leader Facebook Fake fake news featured India Kashmir NaMO
If you value our work, we have an ask: Our journalists work with TruthSeekers like you to publish fact-checks, explainers, ground reports and media literacy content. Much of this work involves using investigative methods and forensic tools. Our work is resource-intensive, and we rely on our readers to fund our work. Support us so we can continue our work of decluttering the information landscape. BECOME A MEMBER
📧 Subscribe to our newsletter here. 📣You can also follow us on Twitter, Facebook, Instagram, Youtube, Linkedin and Google News 📝Stay updated with all our latest fact check stories.